A most unusual and elaborately constructed, complex wooden crown and chain; very much in the manner of interlocking Welsh Love Tokens;
by Fred Berry c1935 (signed and dated).

Fred clearly gifted the piece to HM The Queen during the 1940's (see accompnaying original letters from The Palace) and at some later point returned to him, as clearly the Queens cannot keep every gift!

Some information about Fred Berry from Mirfield School (West Yorkshire) magazine memories and we quote:

Mr. Berry came to the School on October 20th, 1936, as part-time Assistant Master for Handicraft and devoted the rest of his life, which ended on June 21st, 1957, to service in the School. He taught Woodwork throughout the school and was able to impart to others the enthusiasm he had for his subject. Of his craftsmanship there are several souvenirs in School, such as the carving on the Headmaster's rostrum in the Hall and the beautiful Honours Board which adorns the Library. One of his greatest delights was when he became a full-time member of the Staff. We are grateful for the happiness he had in the School and for the happiness he brought to others. 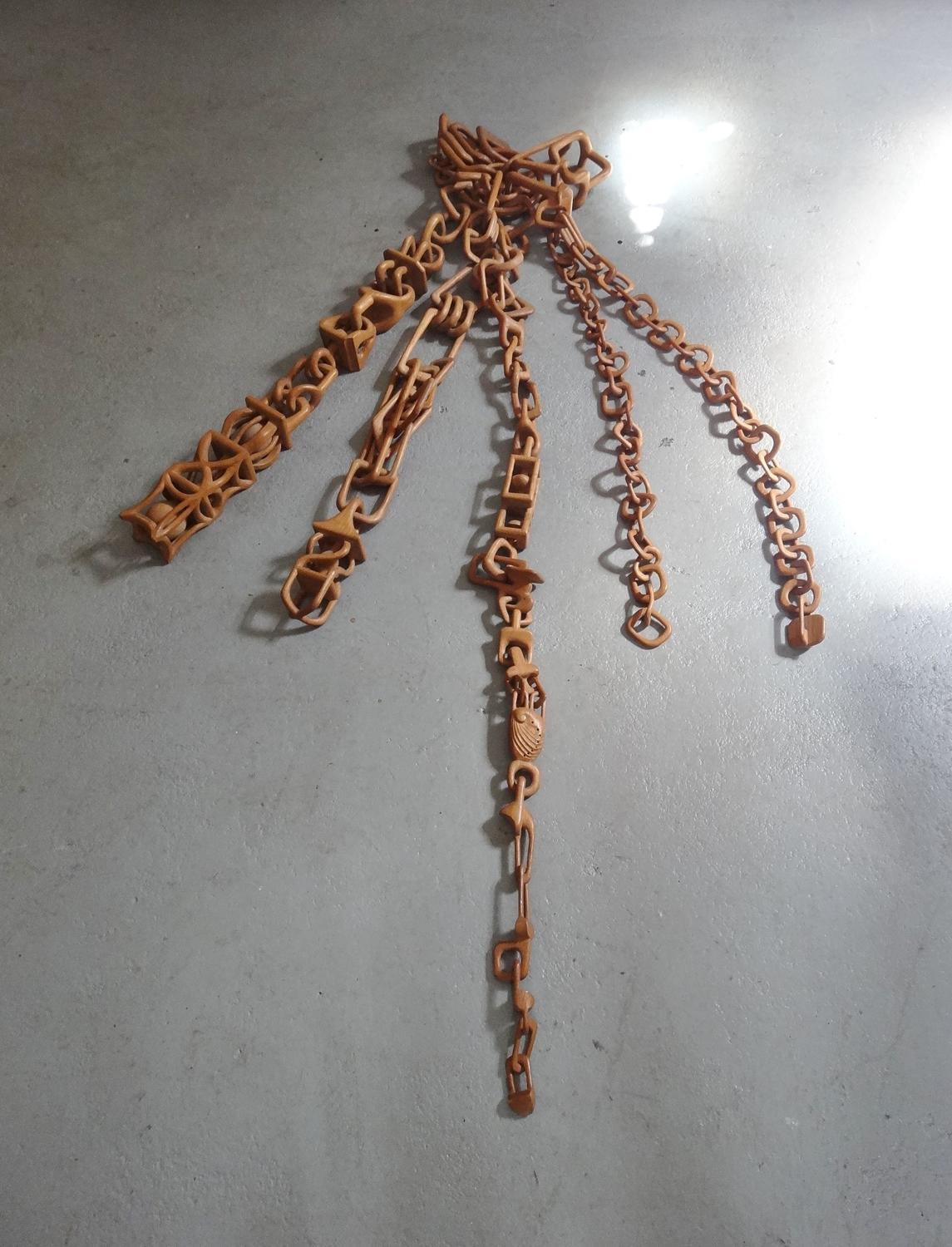 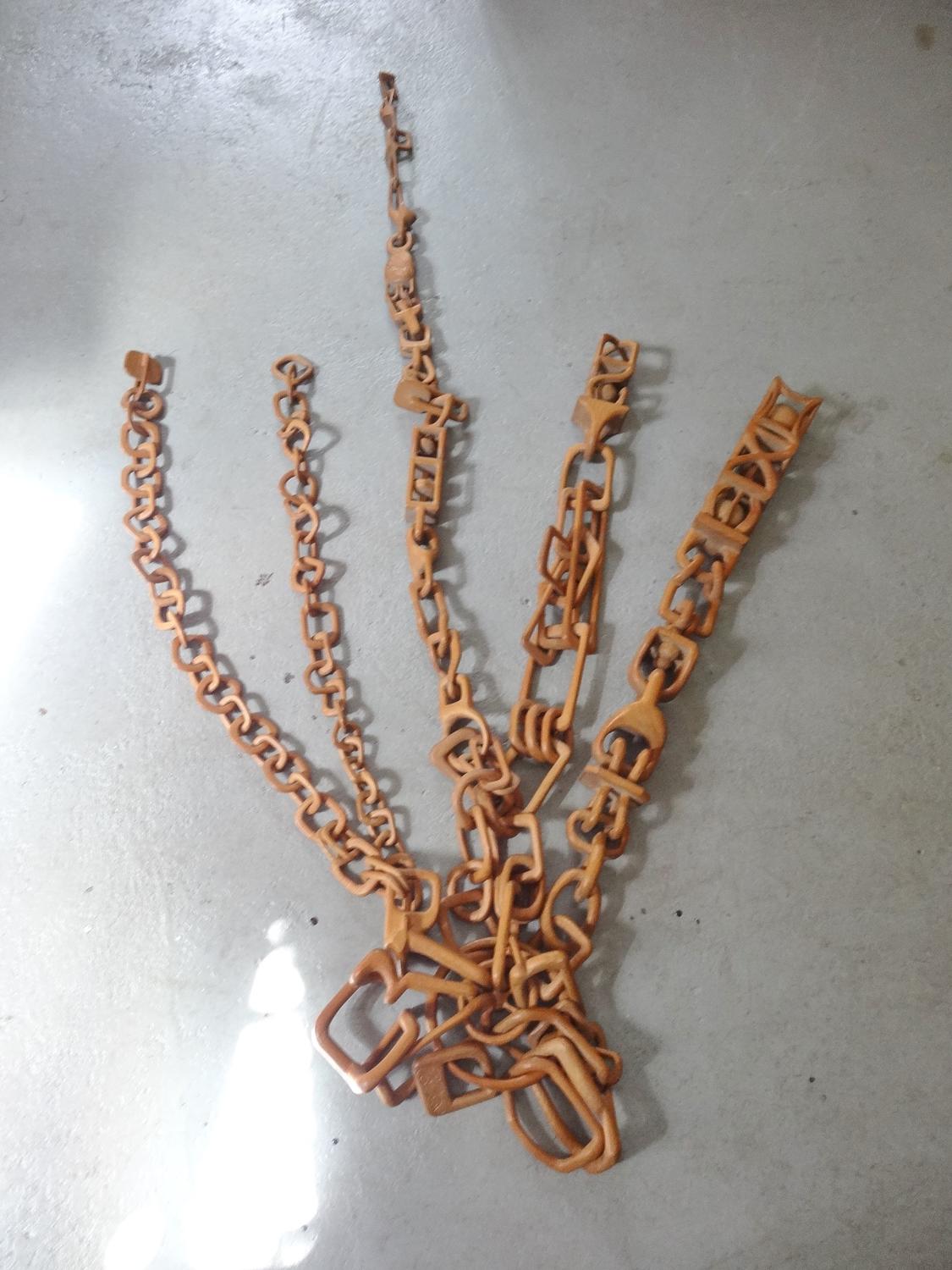 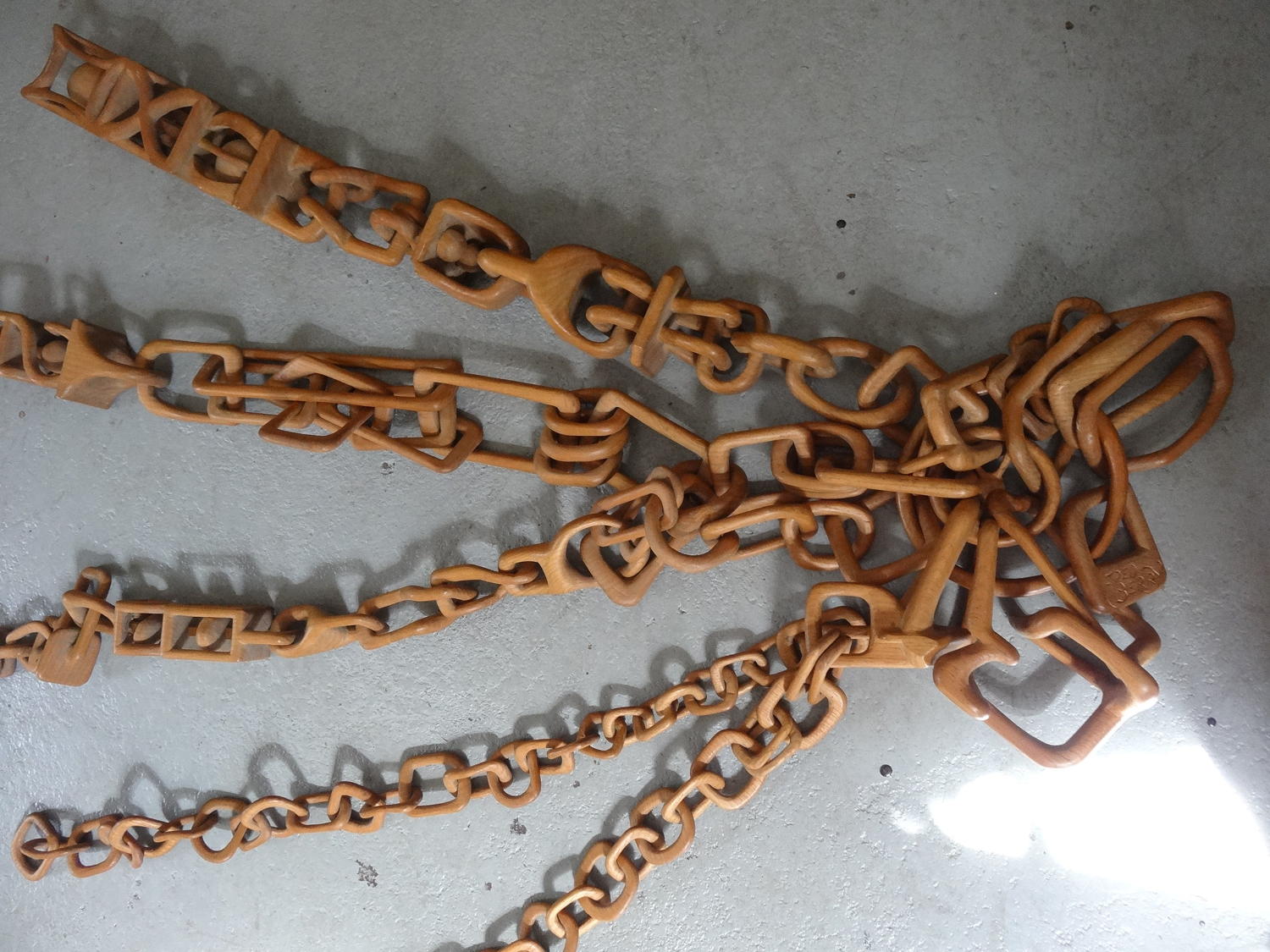 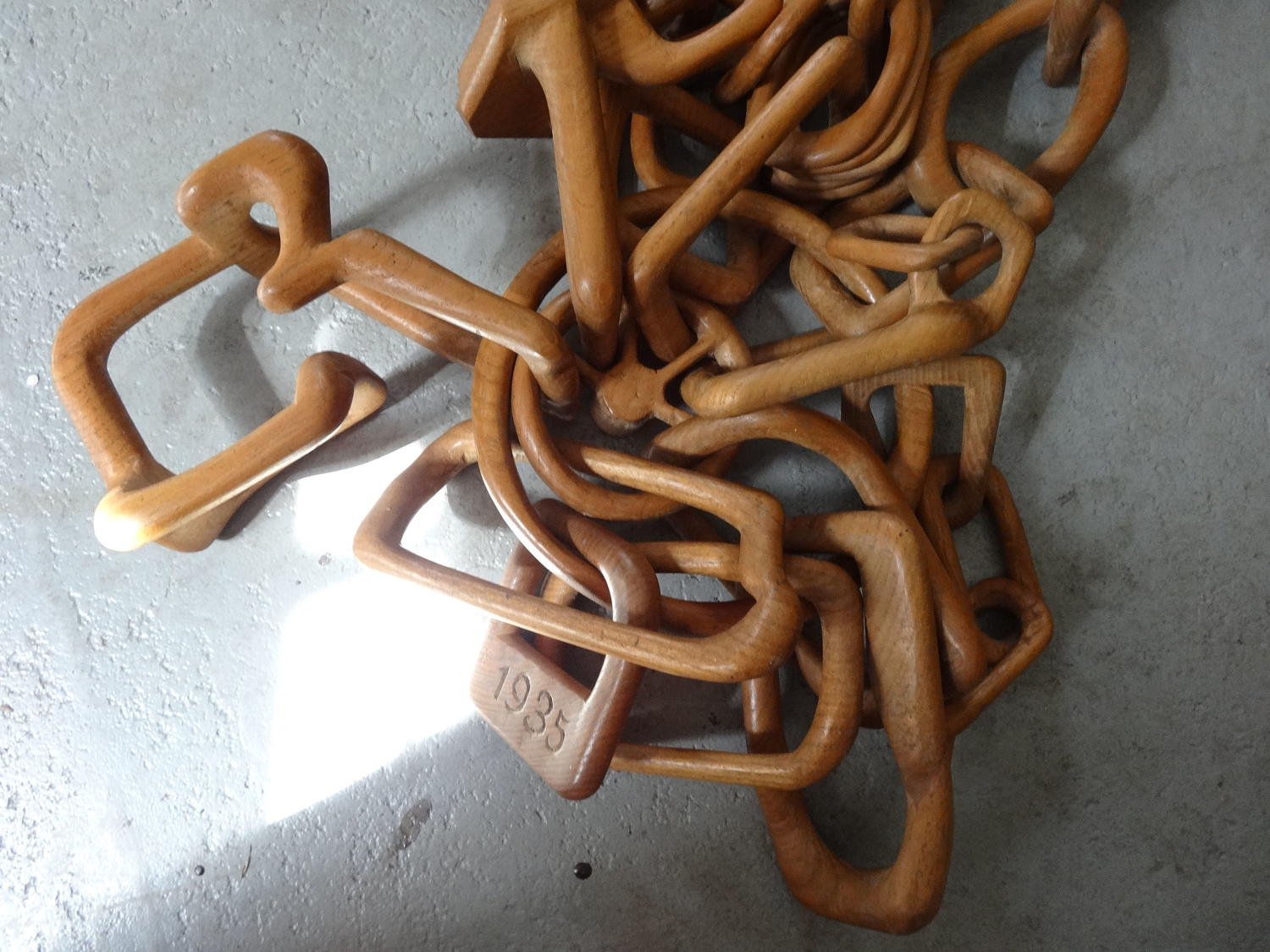 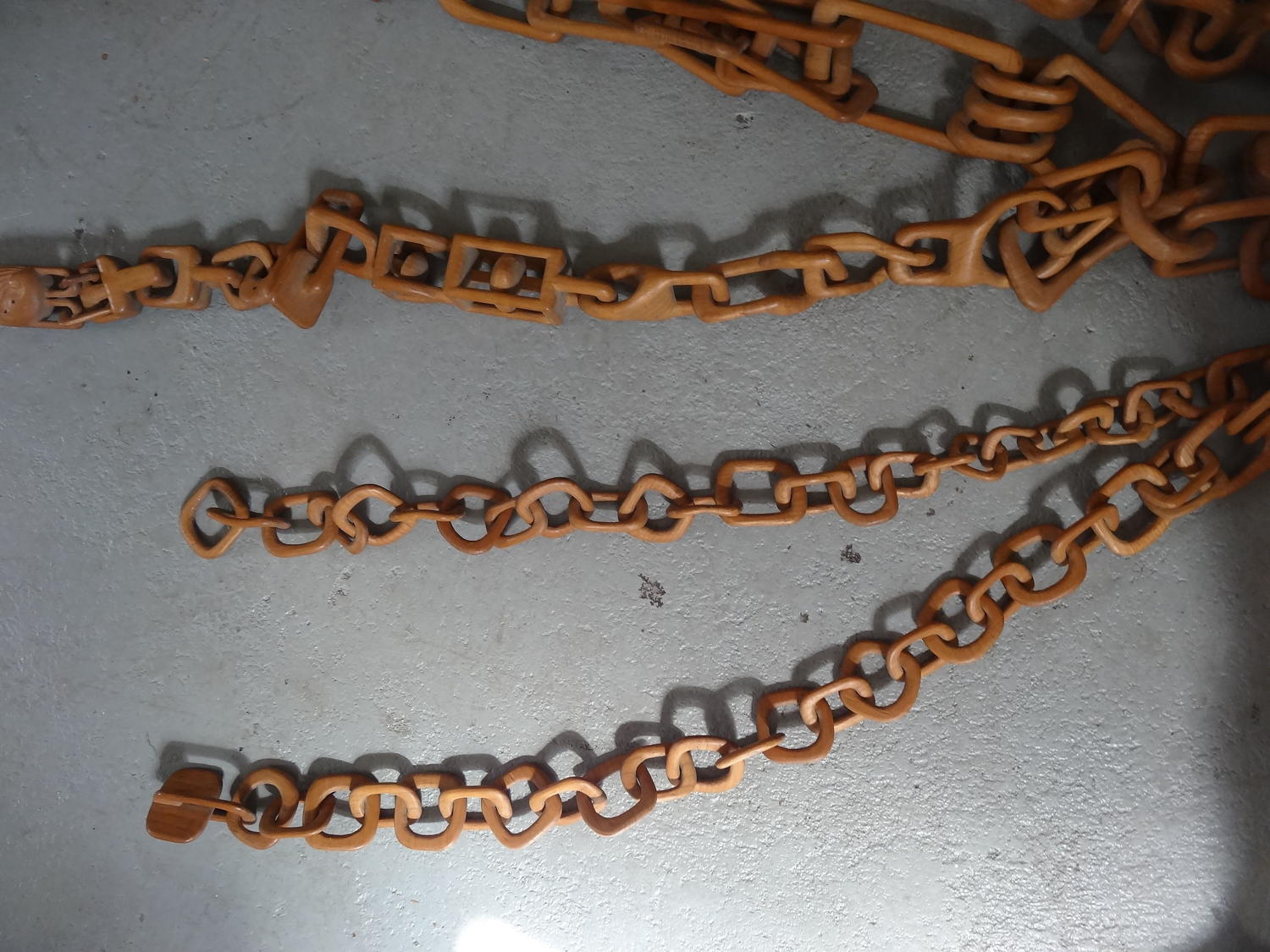 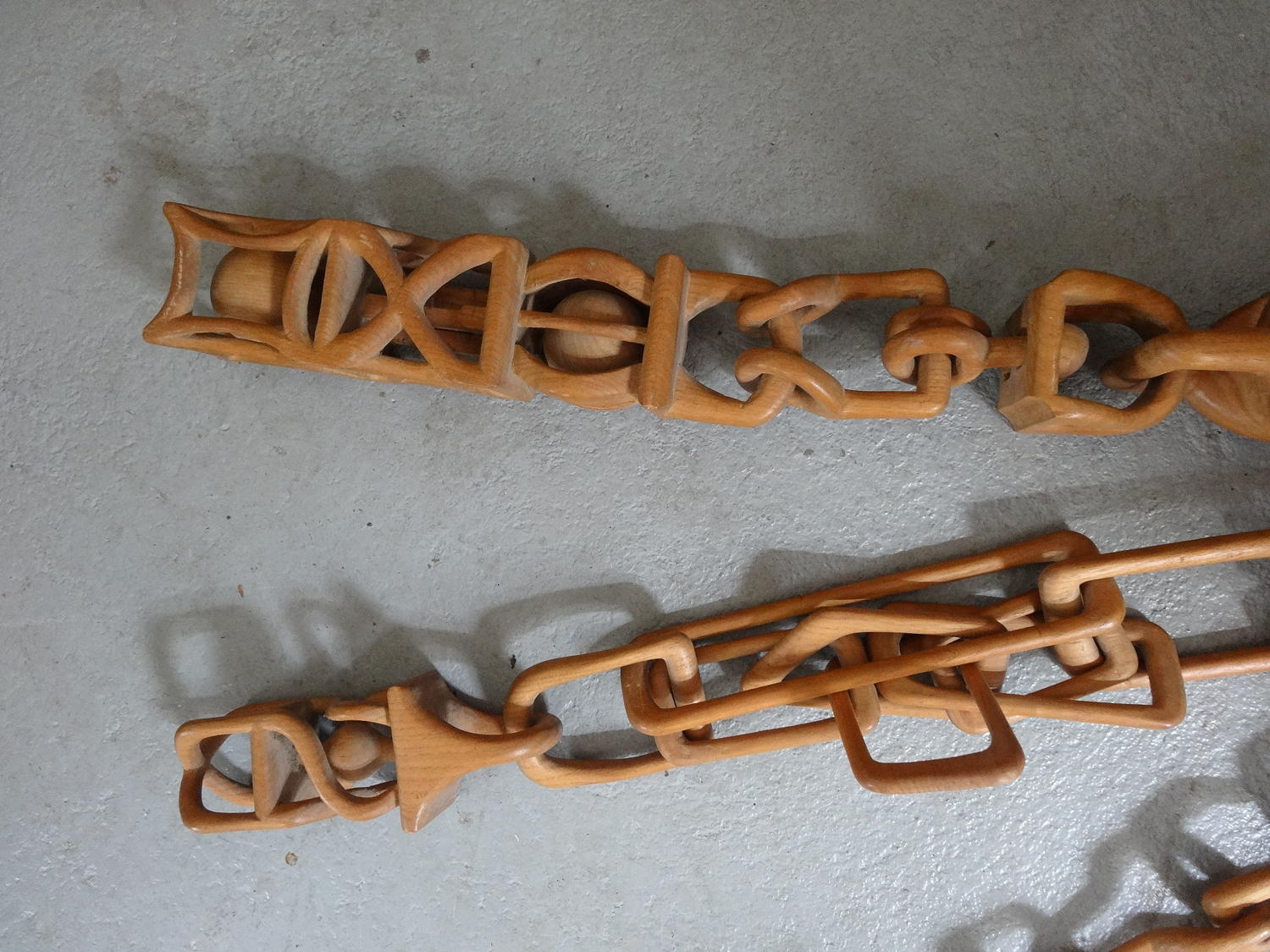 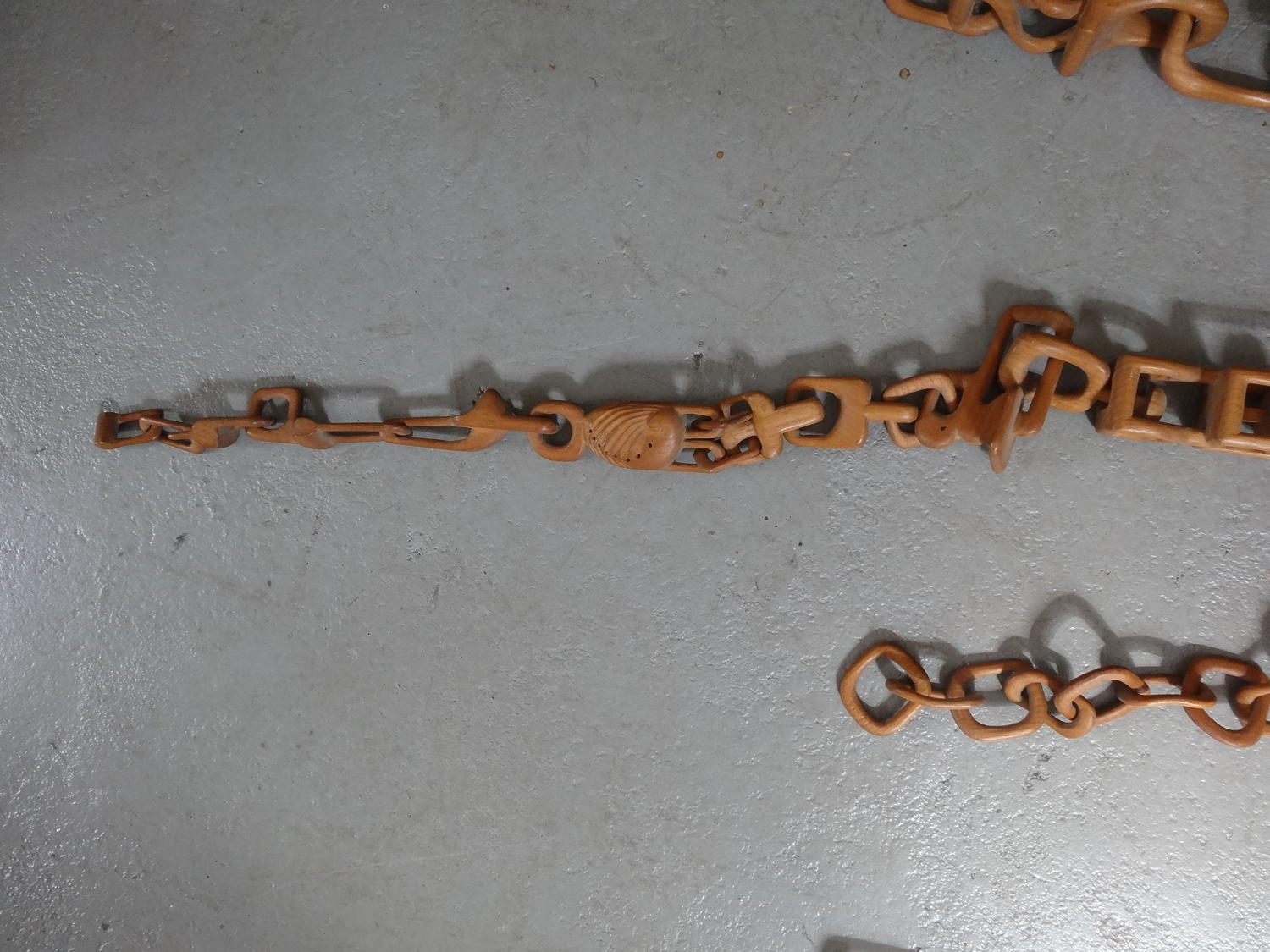 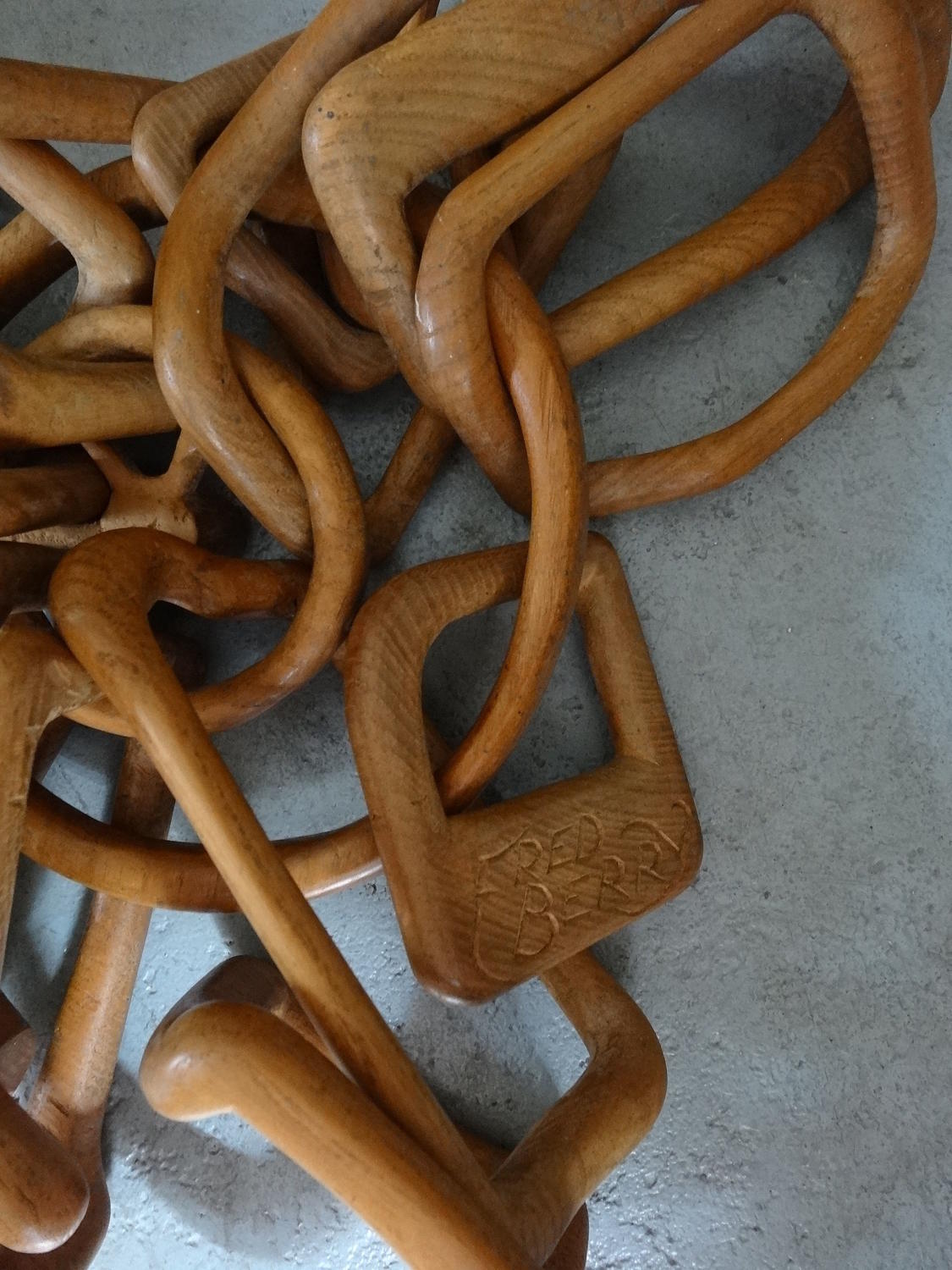 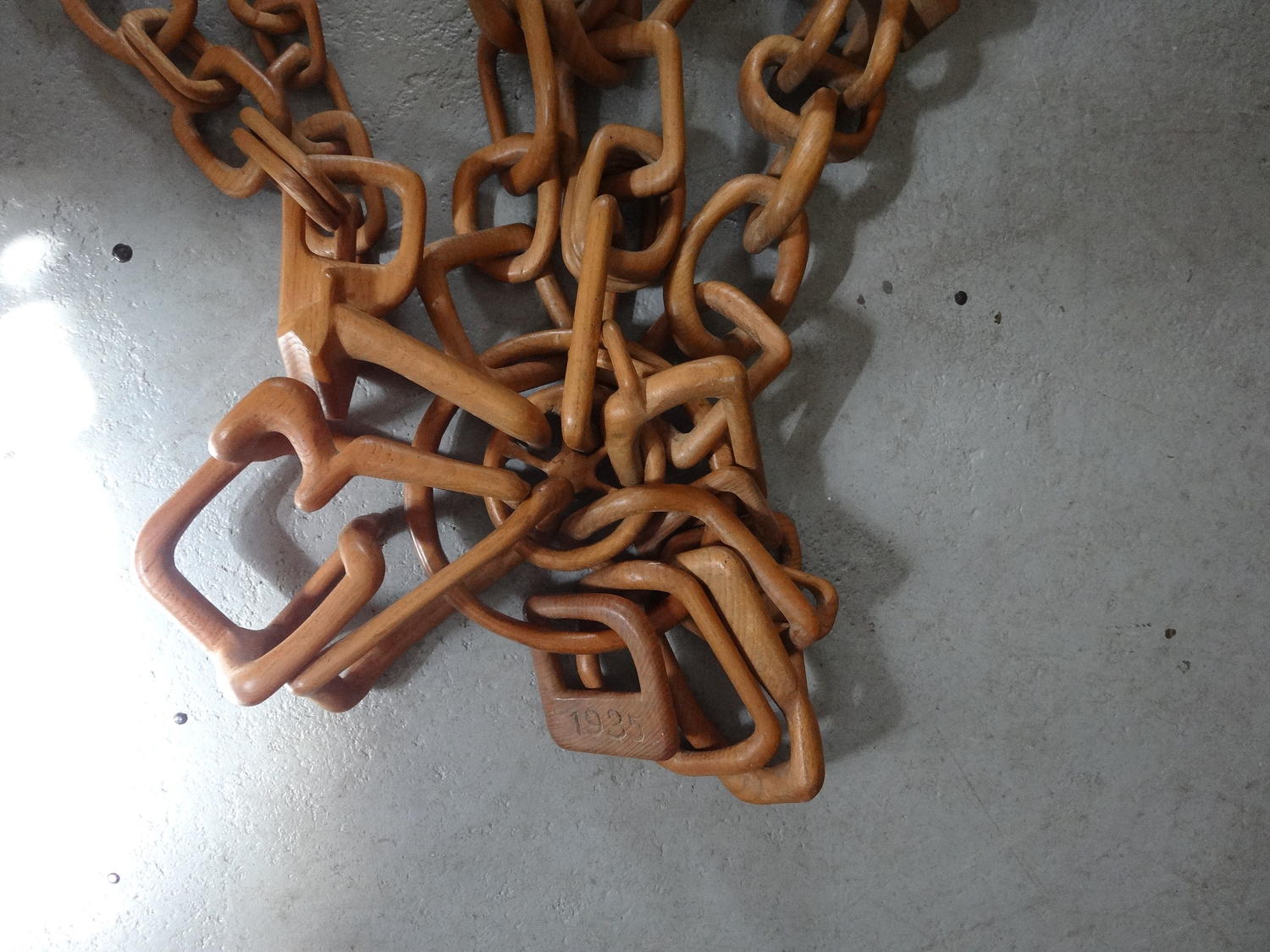 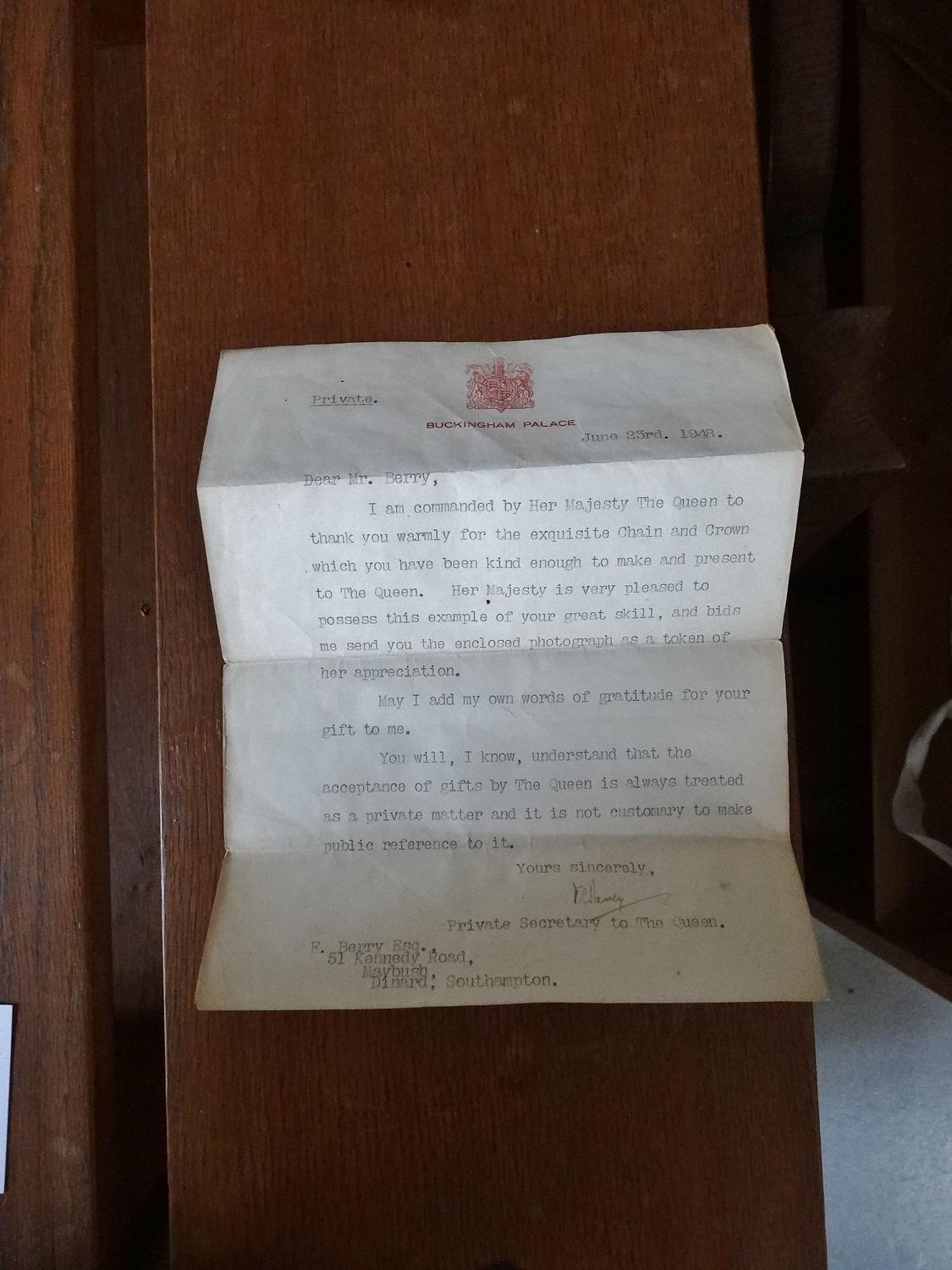 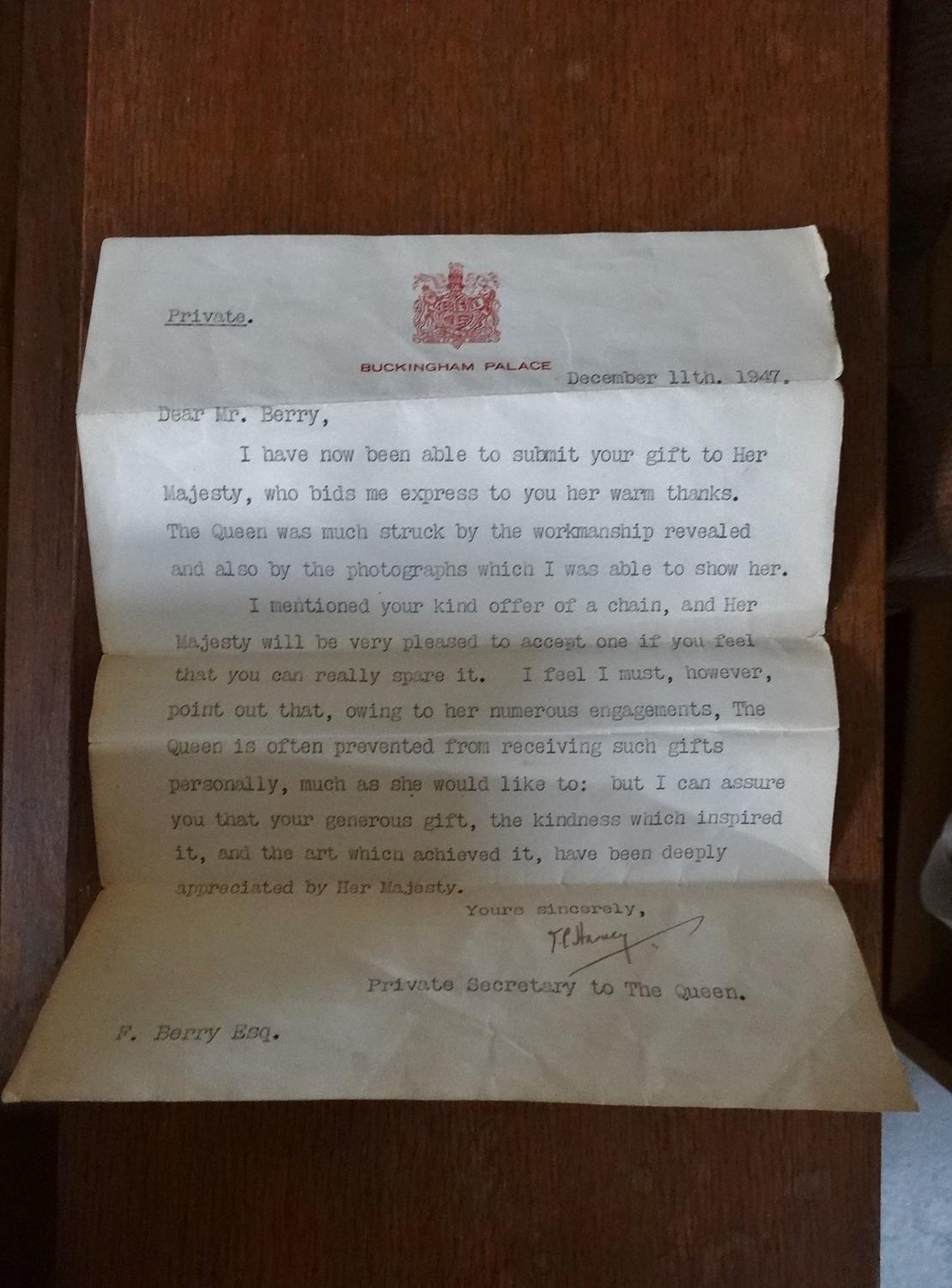