Surrounding by the verse:
"She keeps kingfishers in their cages
And goldfish in their bowls
She is lovely and afraid of
Such things as growing cold"
which is from "Somewhere Between Heaven and Woolworth's",
by the famous 60's Liverpool/Mersey beat poet, Brian Patten.

It was also put to song by Neil Innes of The Bonzo Dog Doodah Band (and also The Rutles!)

The whole very much in the Beatles/Yellow Submarine style and may be an early Alan Aldridge drawing, who was known for his psychadelic artwork for the Beatles and The Who, amongst others and once dubbed the "Beardsley in blue jeans".

The trinity symbols in the drawing are variatios of the triskele, used by many cultures, including Celtic, representing a Triquetra, Borromean rings and a Knot of Vala. The feather probably representing Maat, the Egyption Goddess of Truth!

Coinsidentally this symbology was used by the famous rock band, Led Zeppelin on the cover of their album Led Zeppelin IV and other memorabilia. Three of the symbols were a reference to each band member. 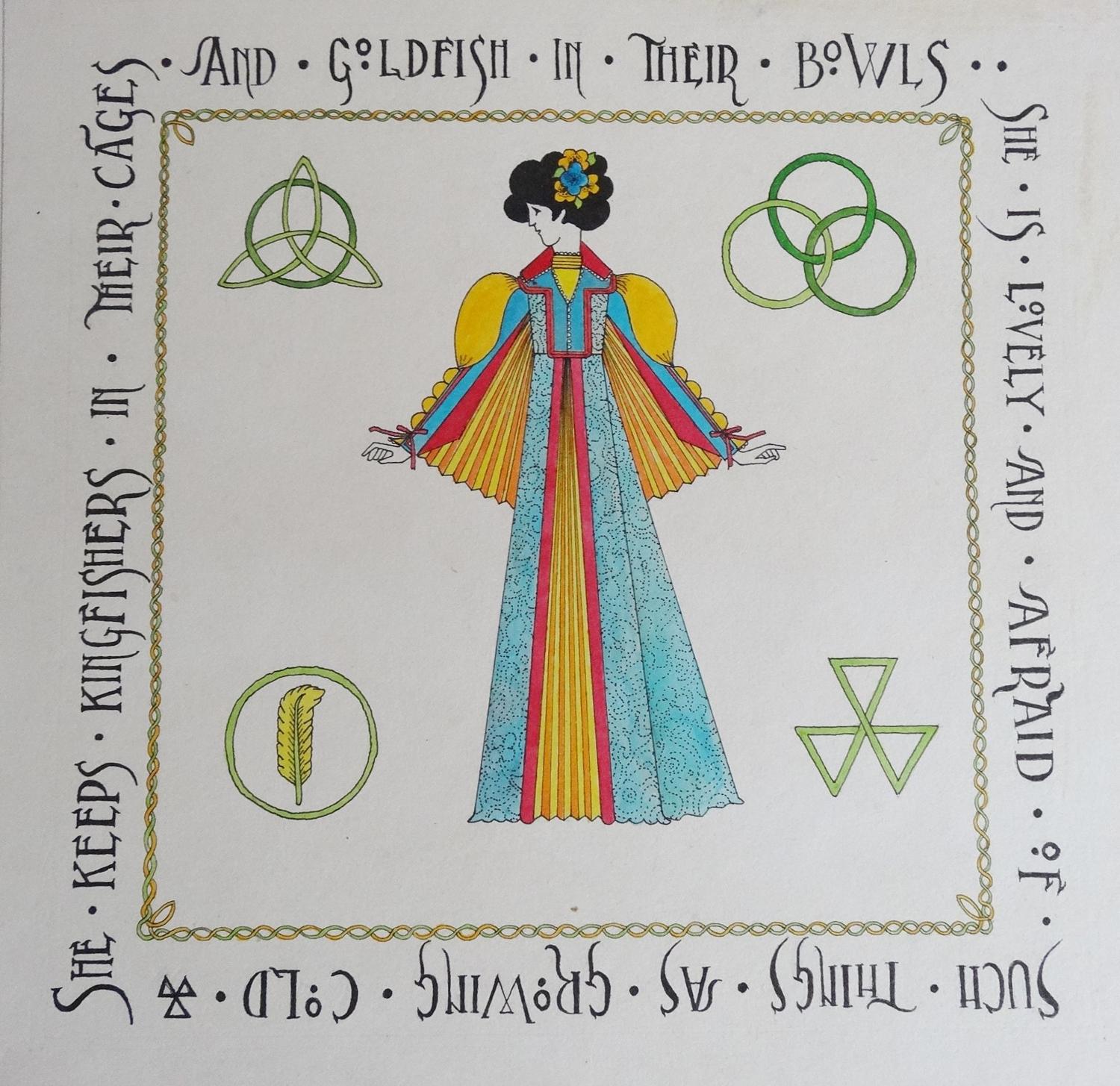 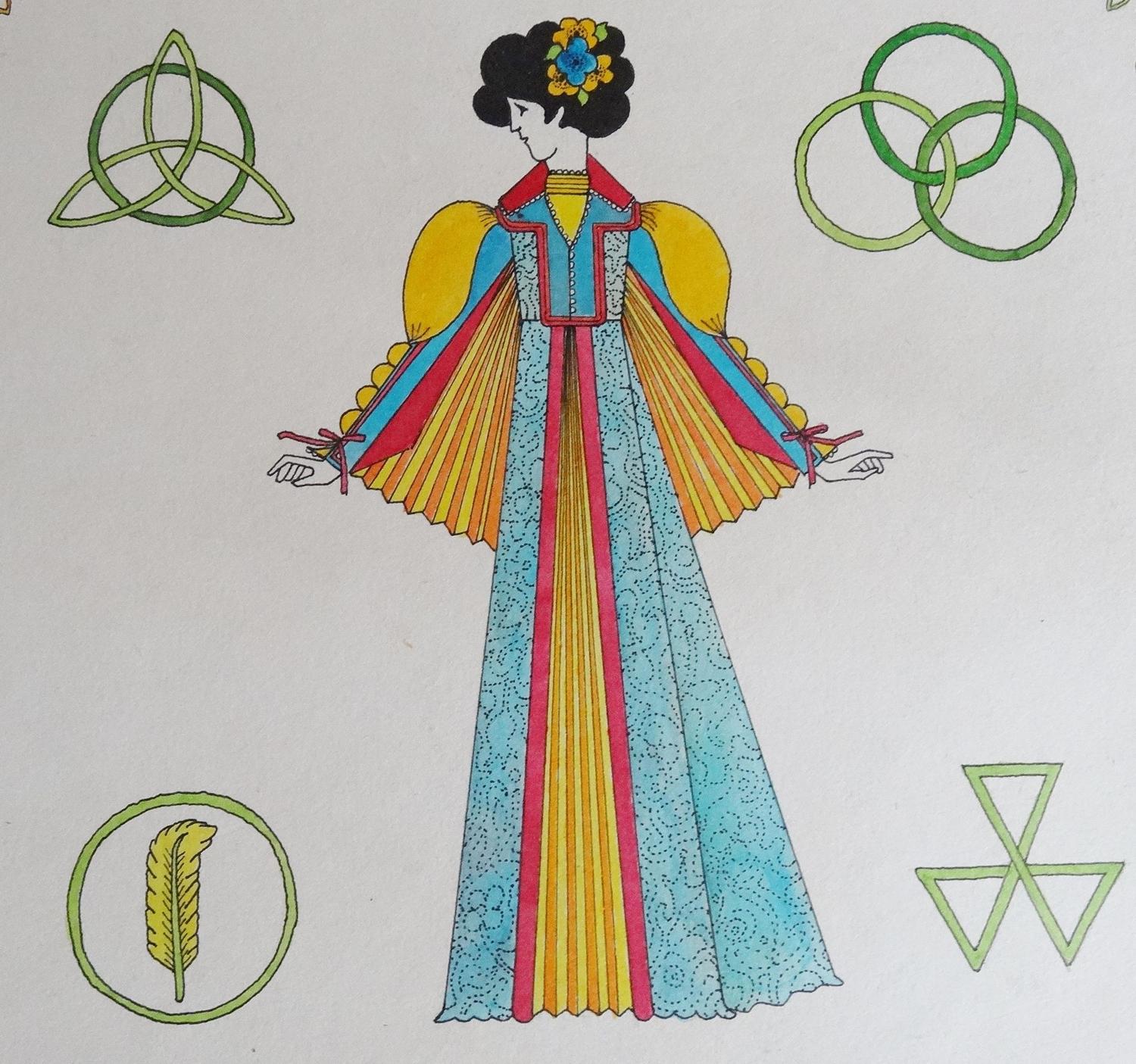 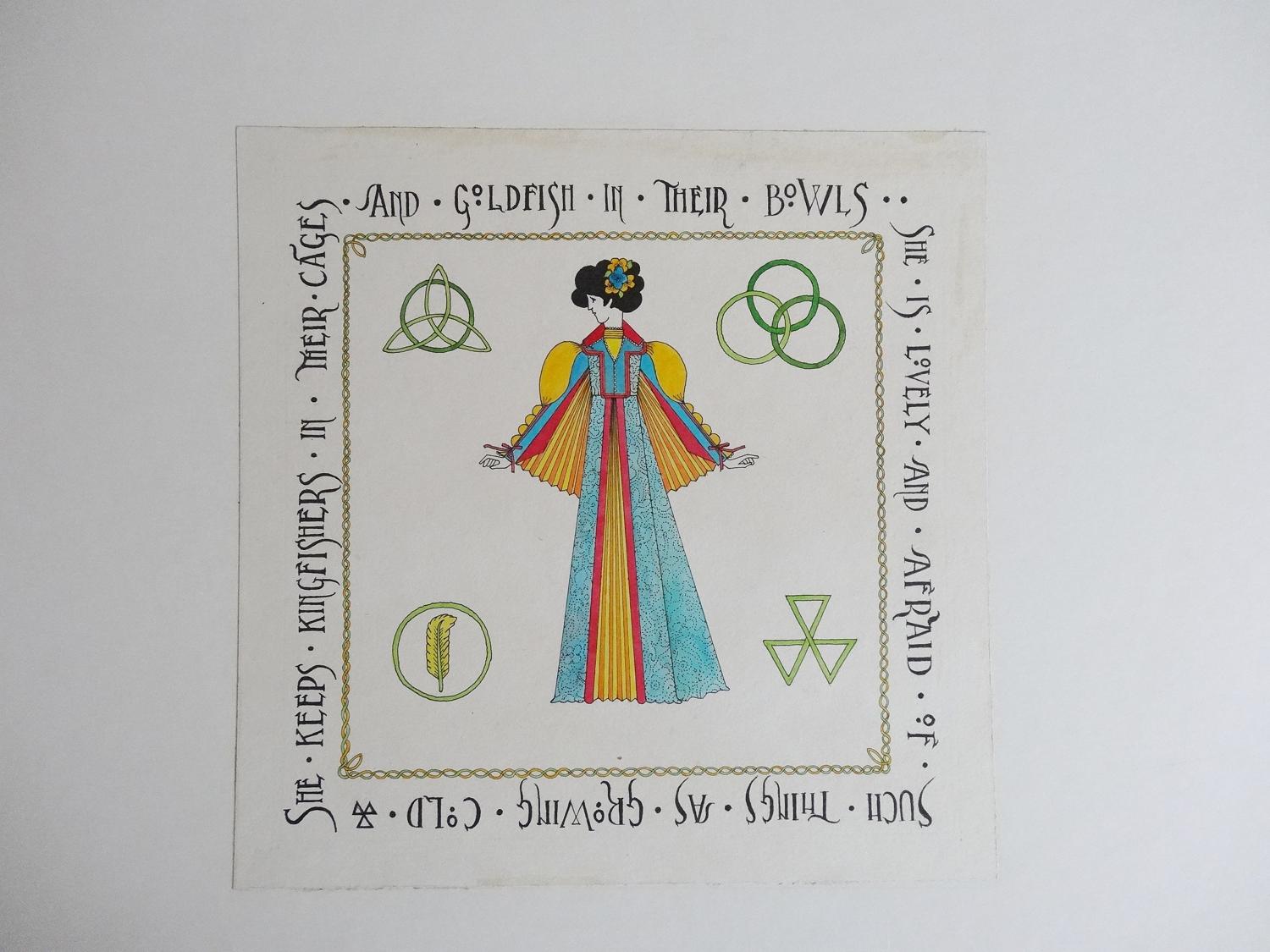