A rare and stunning example of a copper framed two handled tray by John Pearson with twelve exquisite thick 3" tiles of typical stylised sea creatures, galleon and other fanciful animals/grotesques and plant forms; very much in the manner of William de Morgan, for whom Pearson worked in the early years.
Apparently unmarked. Approx 21" wide, 8" deep and 1" thick including copper frame.
The two handles can be easily detached if one wanted to display/hang the framed tiles on a wall if need be.
Similar illustrated in the chapter on John Pearson by Harry Lyons in the book "The Best of British Arts & Crafts". c1890. 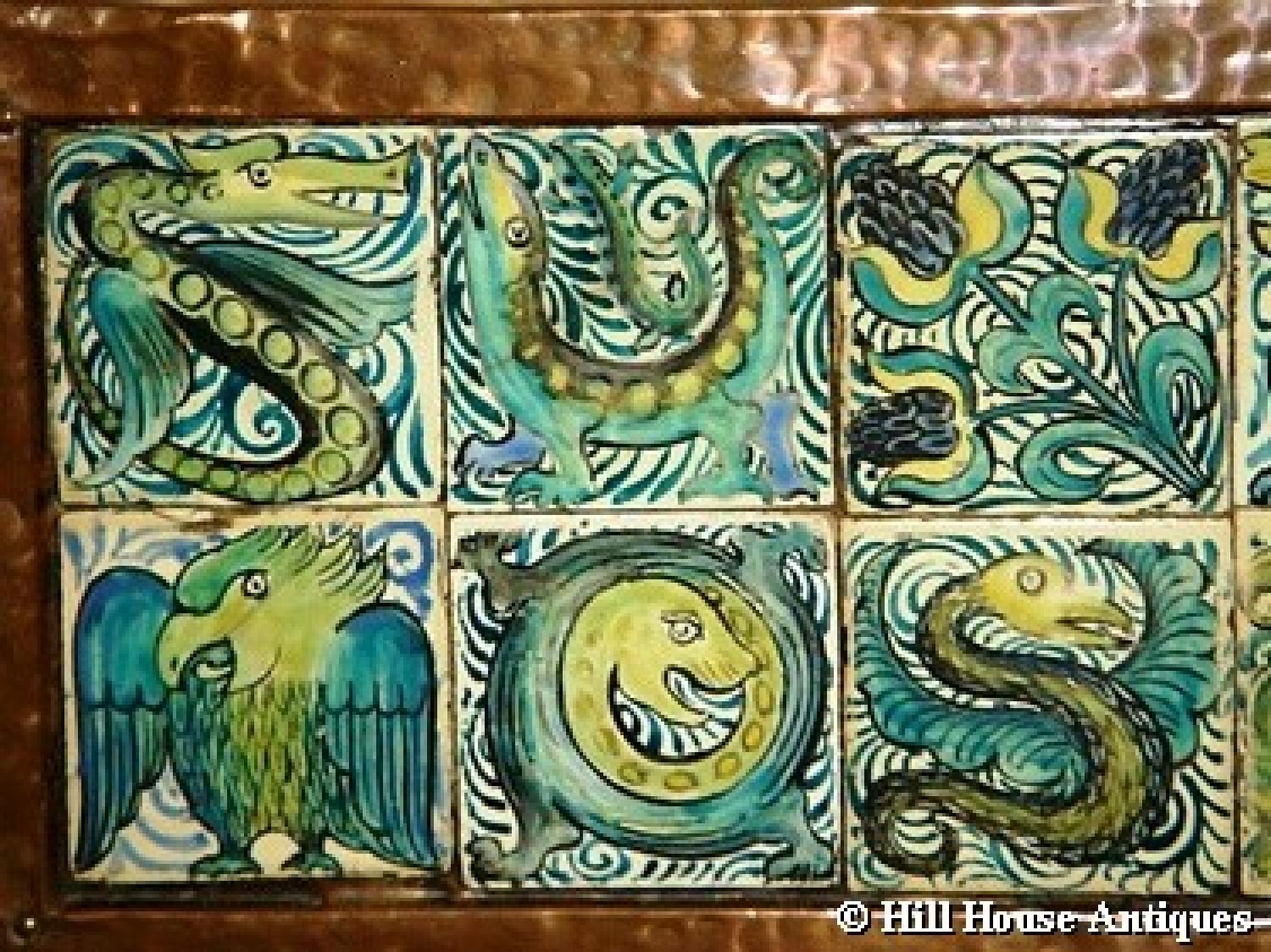 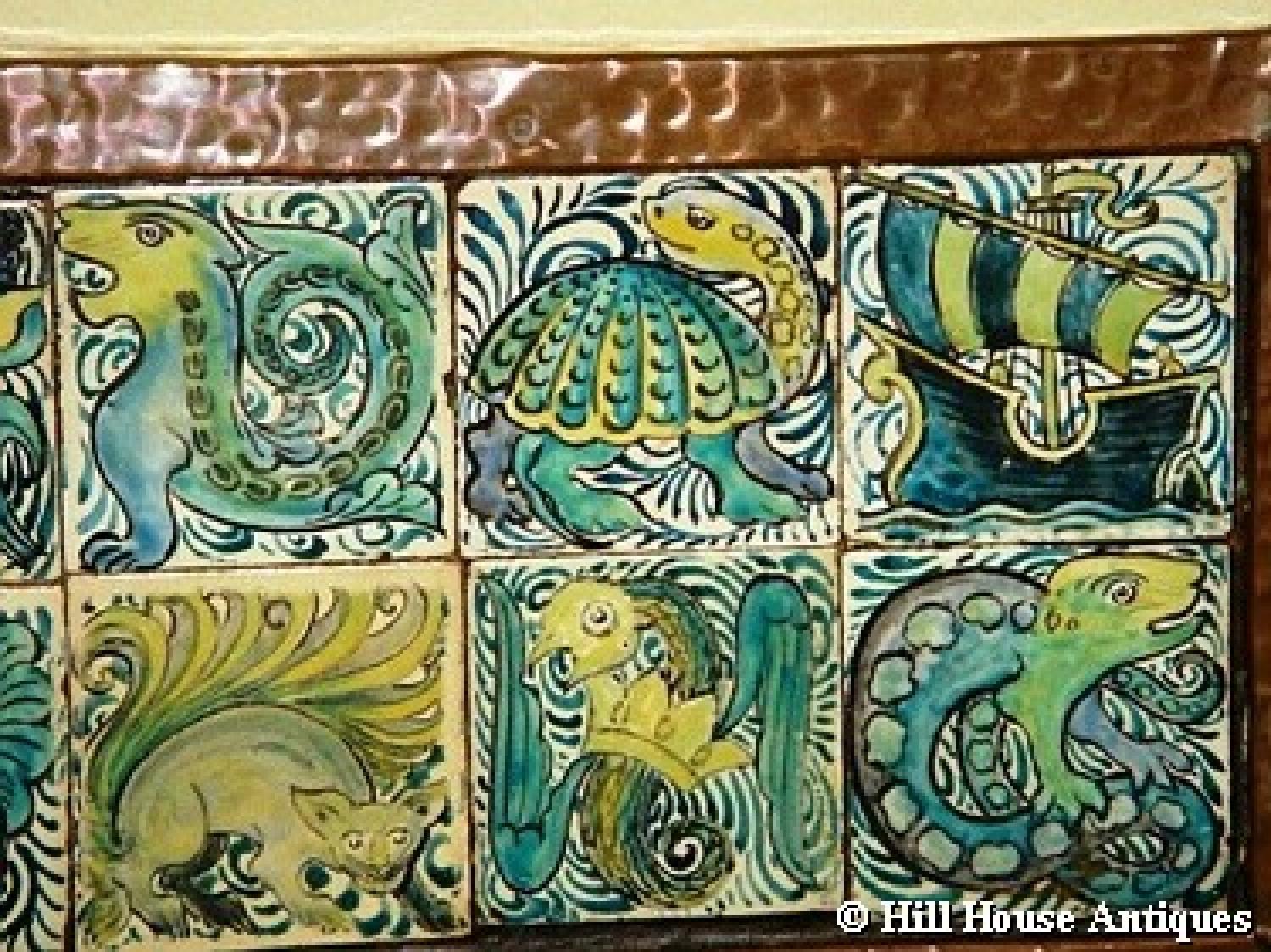 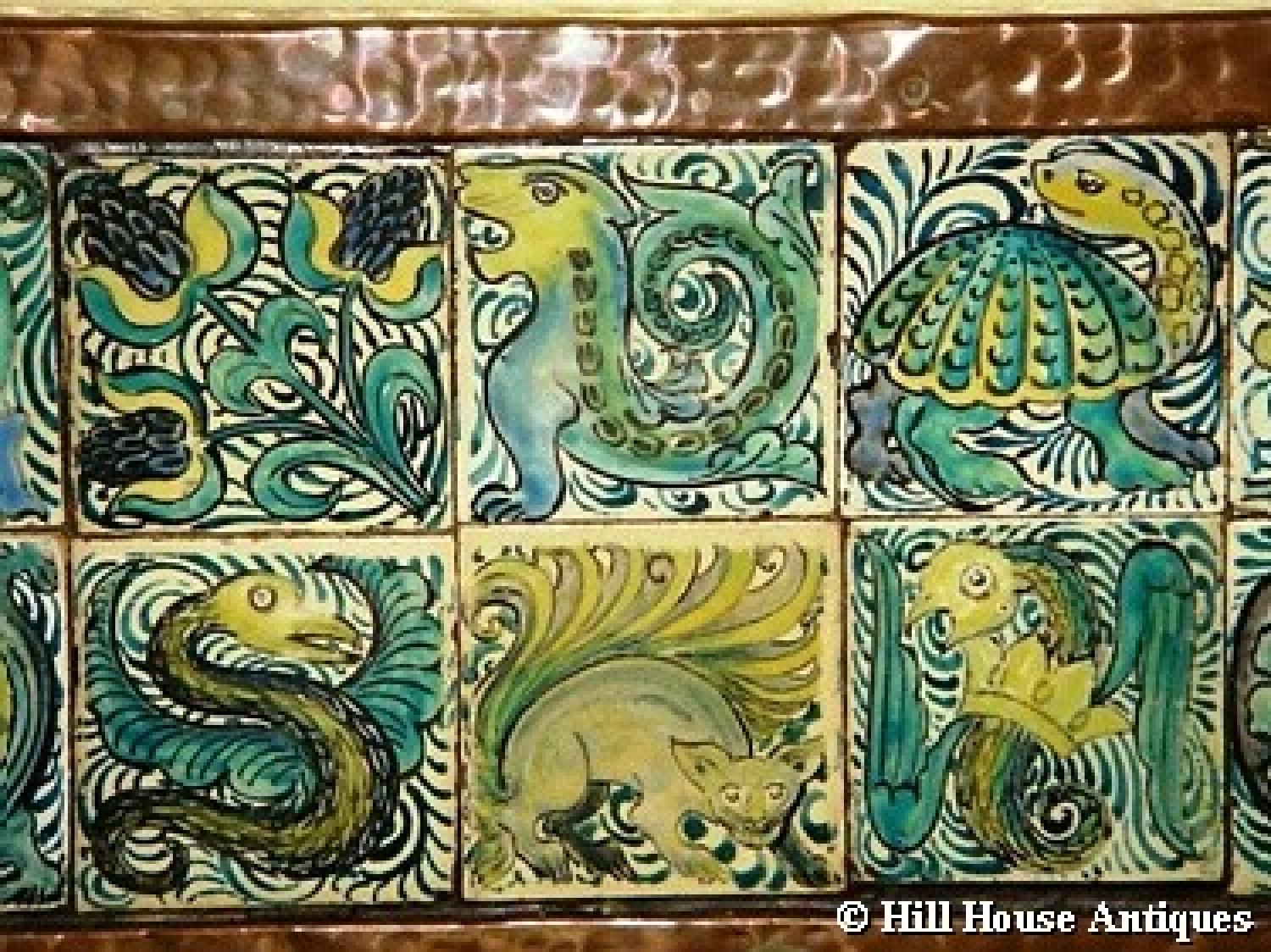