A rare & charming Arts & Crafts oak framed copper plaque “La Liseuse” (The Reader) after the French sculptor-designer, Alexandre Louis Marie Charpentier (1856-1909); c1896-7.
Charpentier was born in Paris, and apprenticed at the tender age of twelve to a decorative engraver. He was trained in the 1870’s at the Ecole des Beaux Arts under the renowned medalist Hubert Ponscarme. He worked almost exclusively in bas-relief medals and plaques using traditional metals, but he also used terra cotta, pressed paper, plaster and fused glass for his images. Of his most famous portraits were those of his friend the novelist Emile Zola.
In his later years, he also turned his creative skills and attention to furniture, cabinetry and interior decorating, which he helped to revive as an art form. In the 1890s he became one of the founding members of the “L’Art dans Tout” group.
The Musee D’Orsay in Paris had a major exhibition of his work in 2008 and indeed hold a large collection of his work; some 87 pieces.
A colour lithograph of La Liseuse was published in The Studio c1896-7.
h: 15.75” w: 18.5” inc frame. 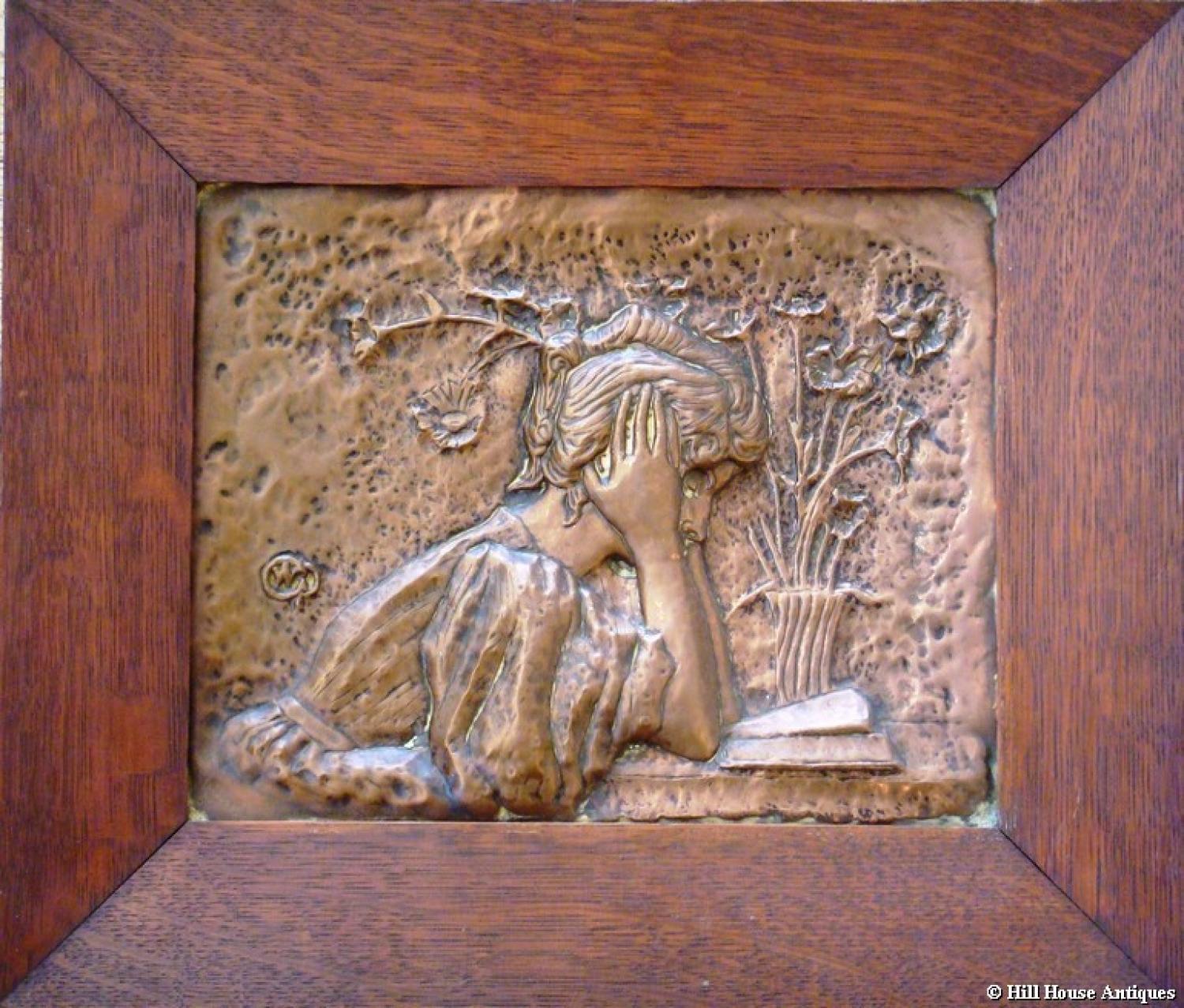 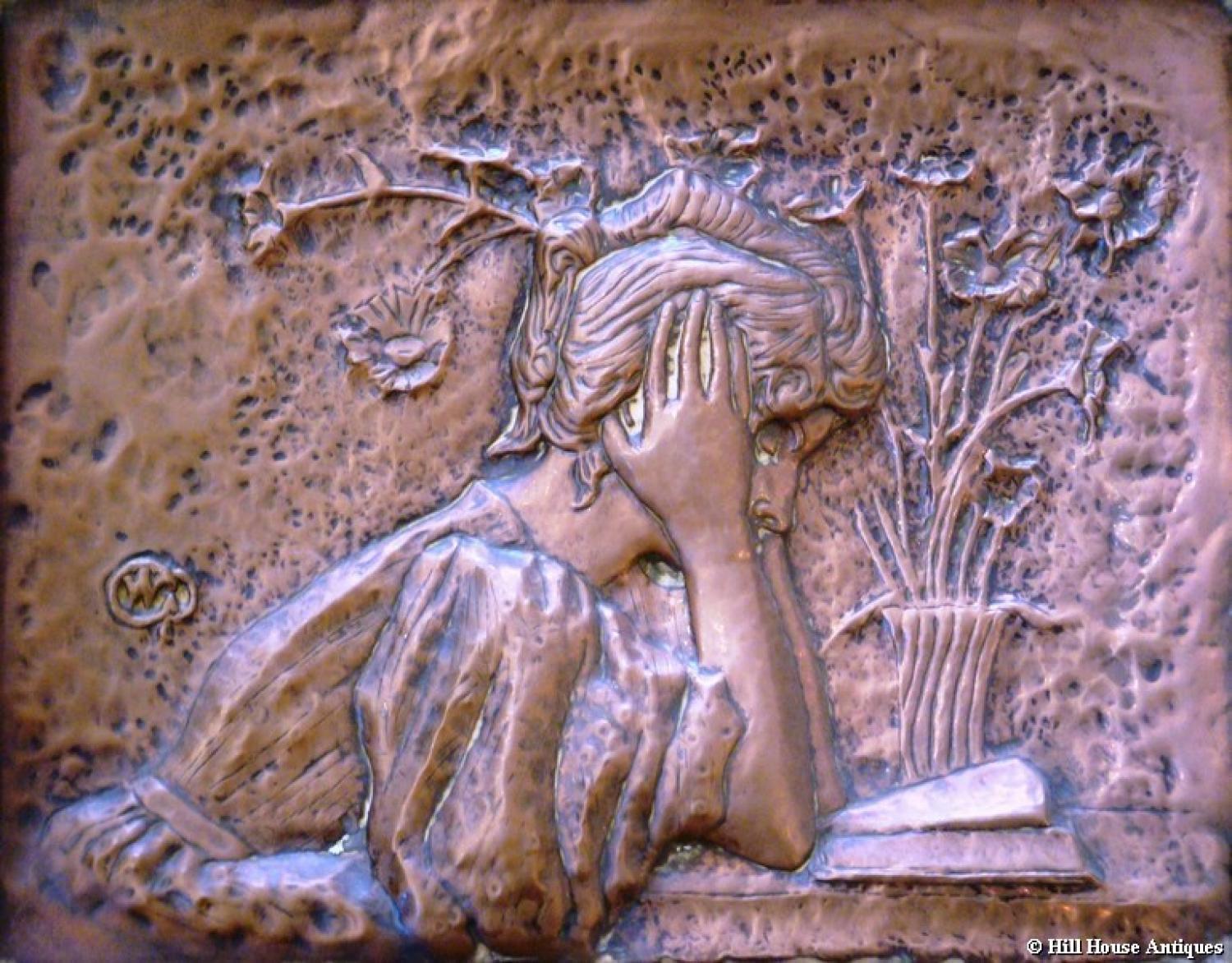