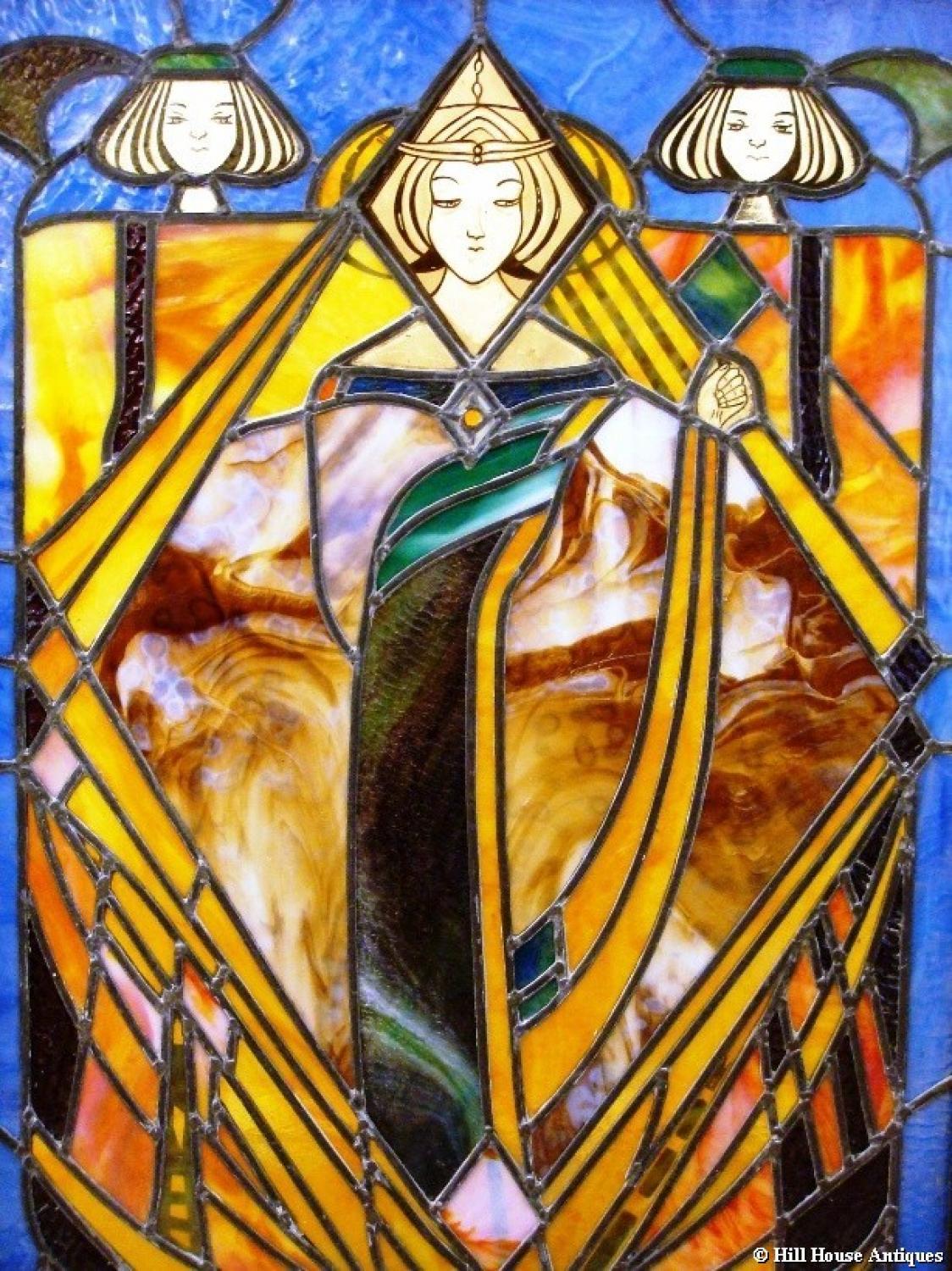 SOLD
For all you Arts & Crafts “The Who” fans!
A fantastic and superb Glasgow Style large stained glass window (still in its original wooden inner and outer window frame, the latter which can be easily taken off if need be), of “The Queens”, after the original coloured gesso panels designed by Margaret Macdonald Mackintosh and shown in The Studio Yearbook of 1917 (see last image). This window is c1970s and by repute, has come from one of Keith Moon’s houses; one he used in Wimbledon,  London.
It has, considering the well documented excesses of Keith Moon and his good friend the actor, Oliver Reed, survived intact and is in very good condition, with wonderful strong colourways.
Almost certainly a one-off commissioned piece.
Originally there were two panels, the other mirroring the second design by Margaret Mackintosh executed at the time. However, the second one was, anecdotedly, (according to Oliver Reed apparently during one of his interviews on the Michael Parkinson Chat Shows), damaged after a night out with Keith Moon!
h: 38” w: 26.5 excluding inner/outer frames. 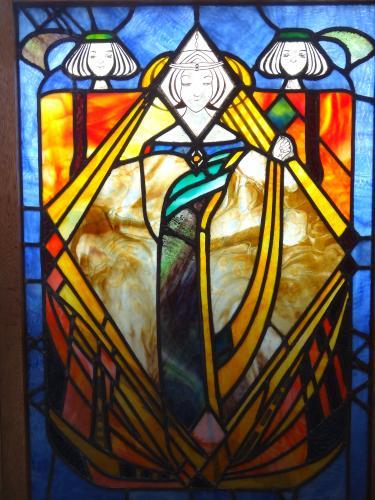 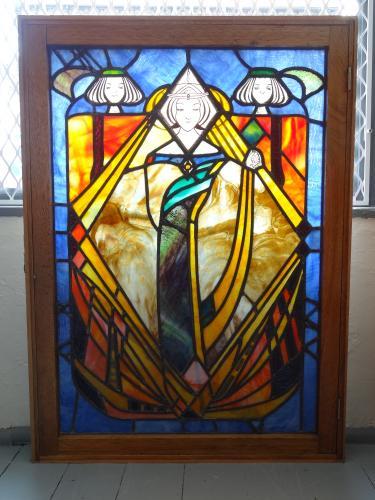 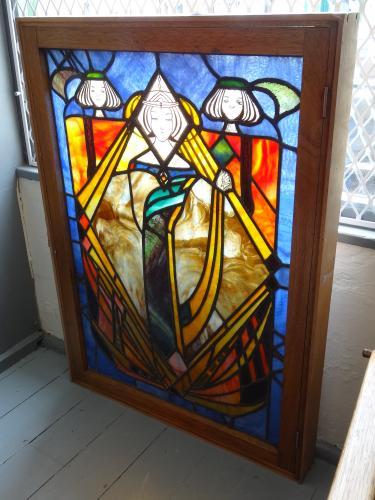 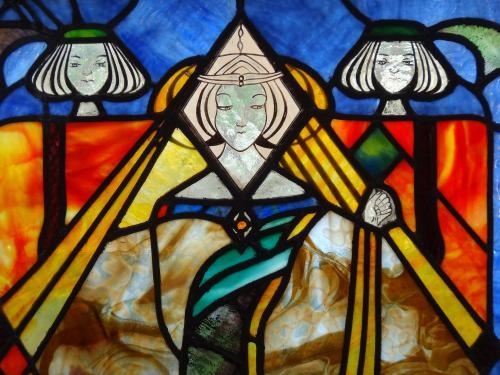