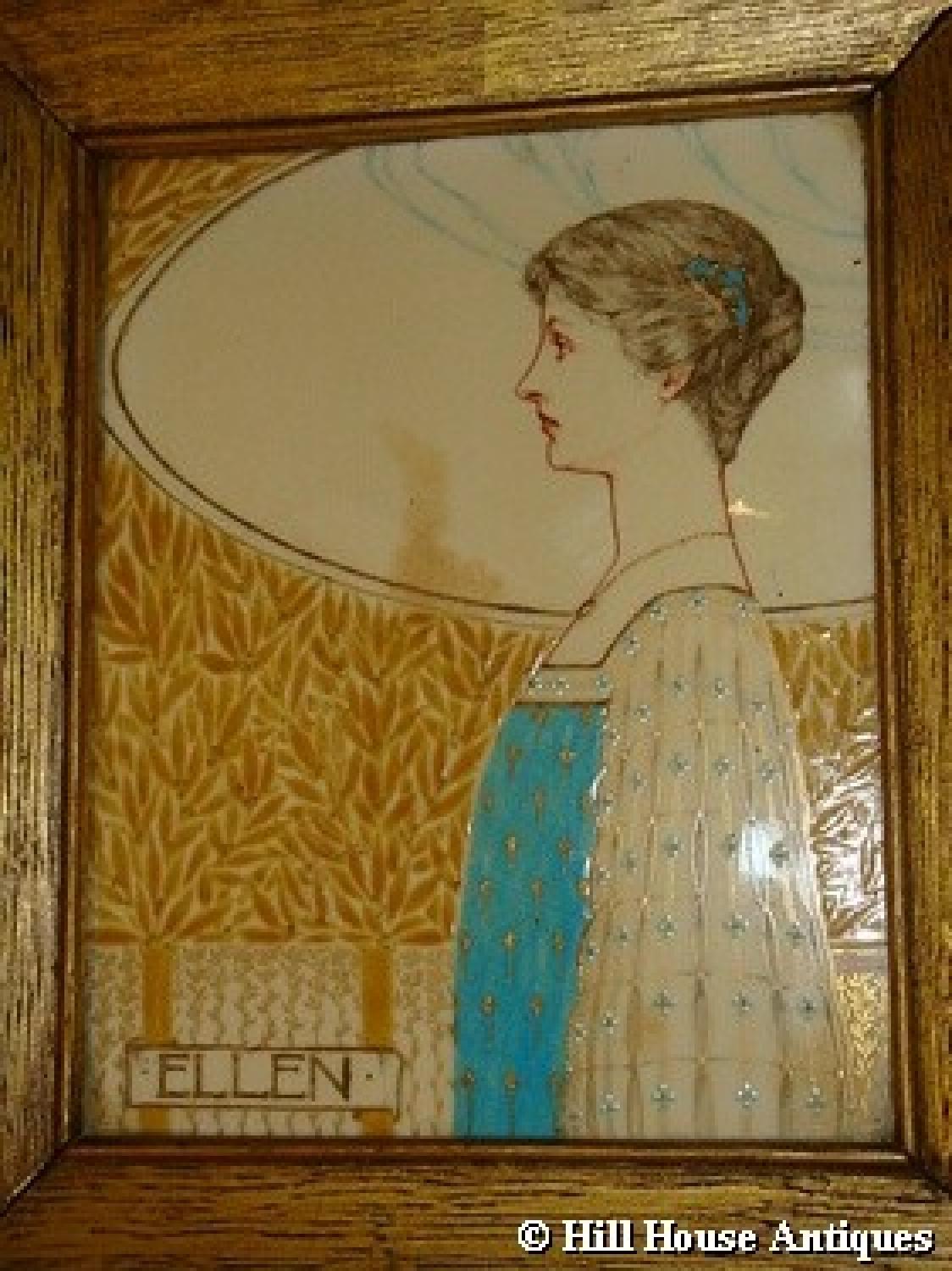 Rare and important Minton gilt framed tile plaque (original frame) designed and painted by John W Wadsworth (1879-1955); c1906, entitled “ELLEN” lower left; half portrait of his wife.
In raised enamels and gold; the whole almost in the manner of Gustave Klimt/Joseph Southall. Fully signed to the tile itself again in raised “gold” effect; John W Wadsworth. Incribed to back with Wadsworth’s name and address in Stoke-on Trent; panel details “No 3s” and (“Ellen” Panel in China). Also inscribed in a different hand, presumably his son Philip, “circa 1906” and the initials “PSW” for Philp Smeale Wadsworth.
John Wadsworth joined Mintons as a designer from 1901 to 1915 where he was also their Arts Director, responsible for many Art Nouveau relief moulded, tube-lined tiles and tile panels. He later rejoined Mintons between 1935 until his death in 1955. He was originally the assistant of Leon Victor Solon at Minton, when in 1898 the Arts Nouveau influence was introduced, amongst which was the highly popular Secessionist Ware; designed by both Leon Solon & John Wadsworth. Wadsworth subsequently left Minton in 1915 and returned there in 1935, creating popular designs for the “modern housewife”, including the famous and best selling “Haddon Hall” bone china tableware. Wadsworth also won the chance to design the Queens Vase for the British Pottery Manufacturers Federation, to celebrate Queen Elizabeth IIs Coronation in 1953.
h: 12” w: 10.25” inc frame.
Further ref: Phillips Auctioneers, Bond St, London; "The Ceramic Art & Paintings of John & Philip Wadsworth" 8th April 1992 Lot 59. 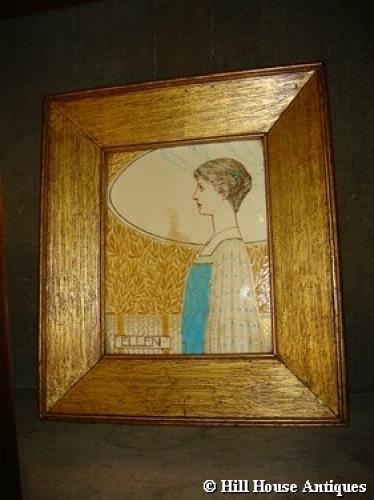