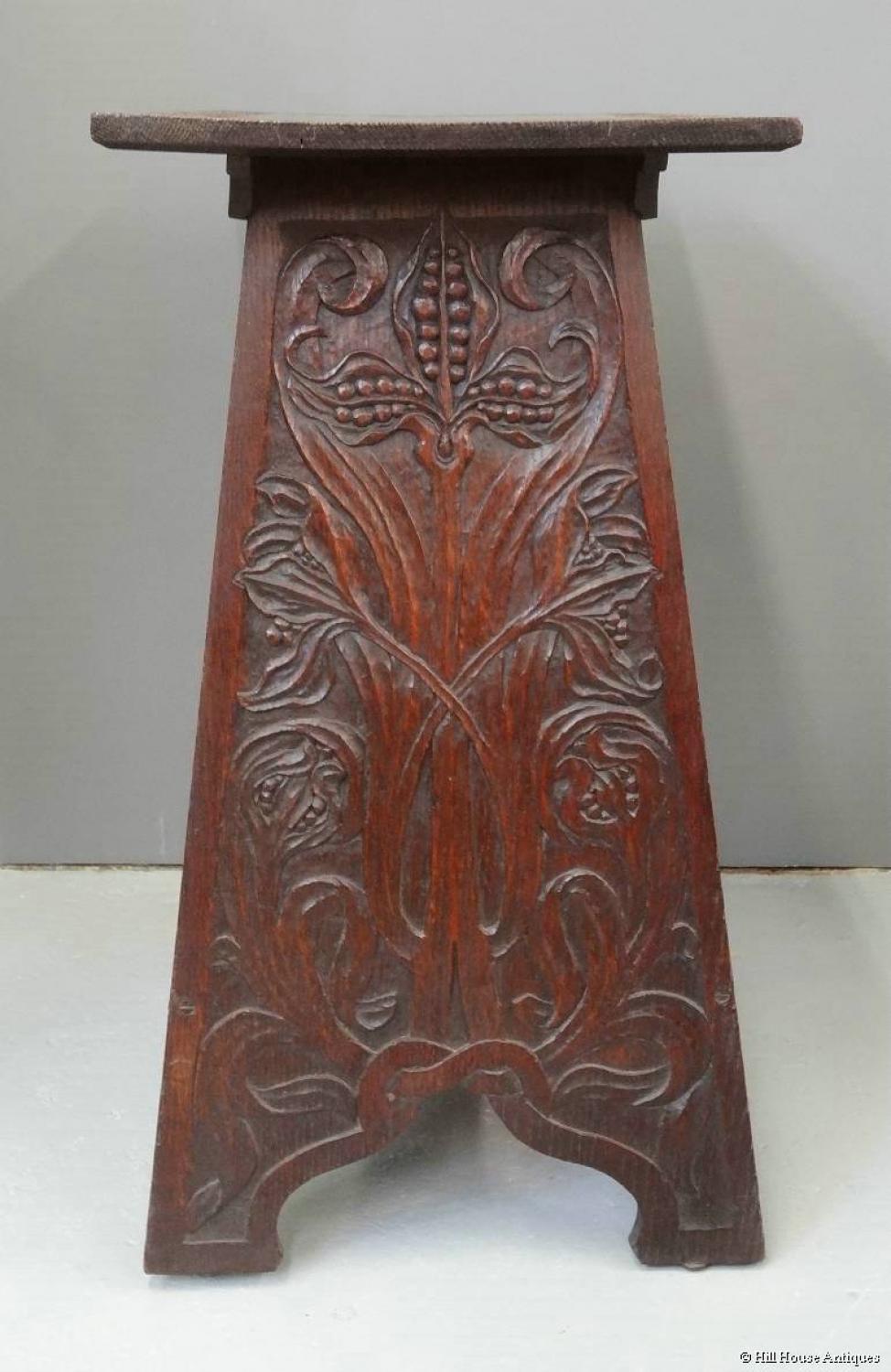 SOLD
SOLD TO A PRIVATE COLLECTION
Superbly carved oak occasional or side table attributed to  Arthur Simpson of Kendal; c1900.
This is an earlier version of his later plain Ghyll Head design table with rich carving to sides and top. We had an inlaid more refined version (now sold) with beautiful inlay, the whole very much in the understated manner of his friend the architect-designer,  CFA Voysey , who did in fact commission some pieces from Simpson. This may be an early version either by Simpson himself or possibly carved by the likes of Harold Stabler at the  Keswick School of Industrial Arts  under his supervision (where Simpson taught).
Approx 24.5" high, 16.5" wide @ top, 17.5" w @ base, 13" depth @ top & 13.75" depth @ base. 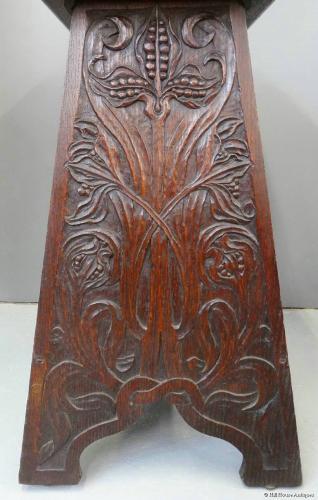 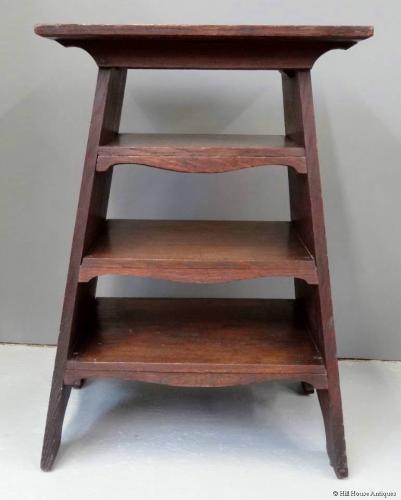 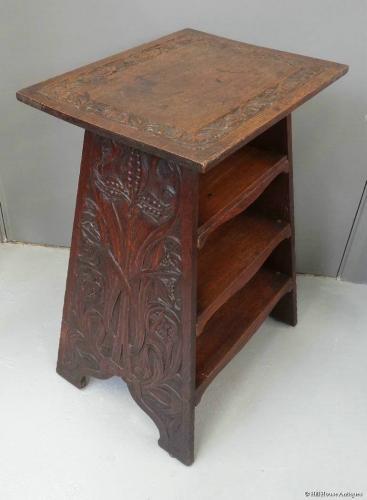 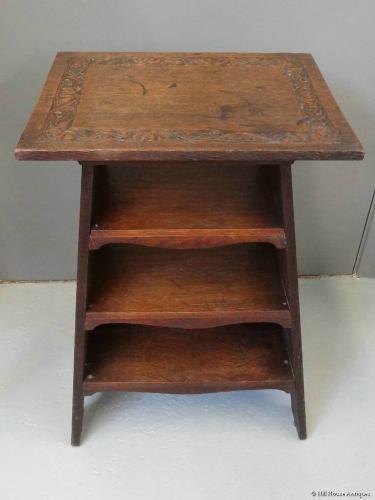 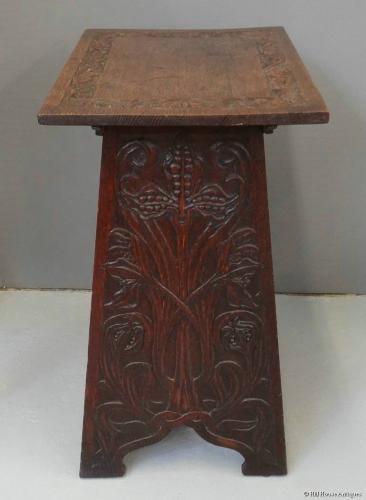 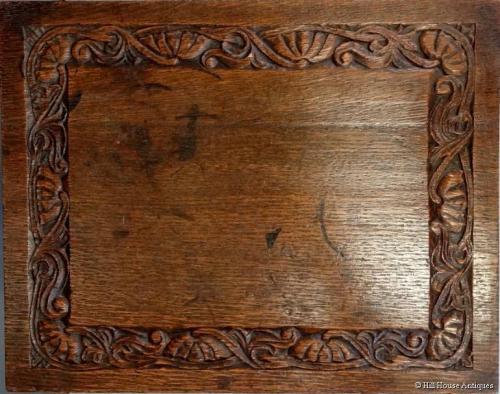