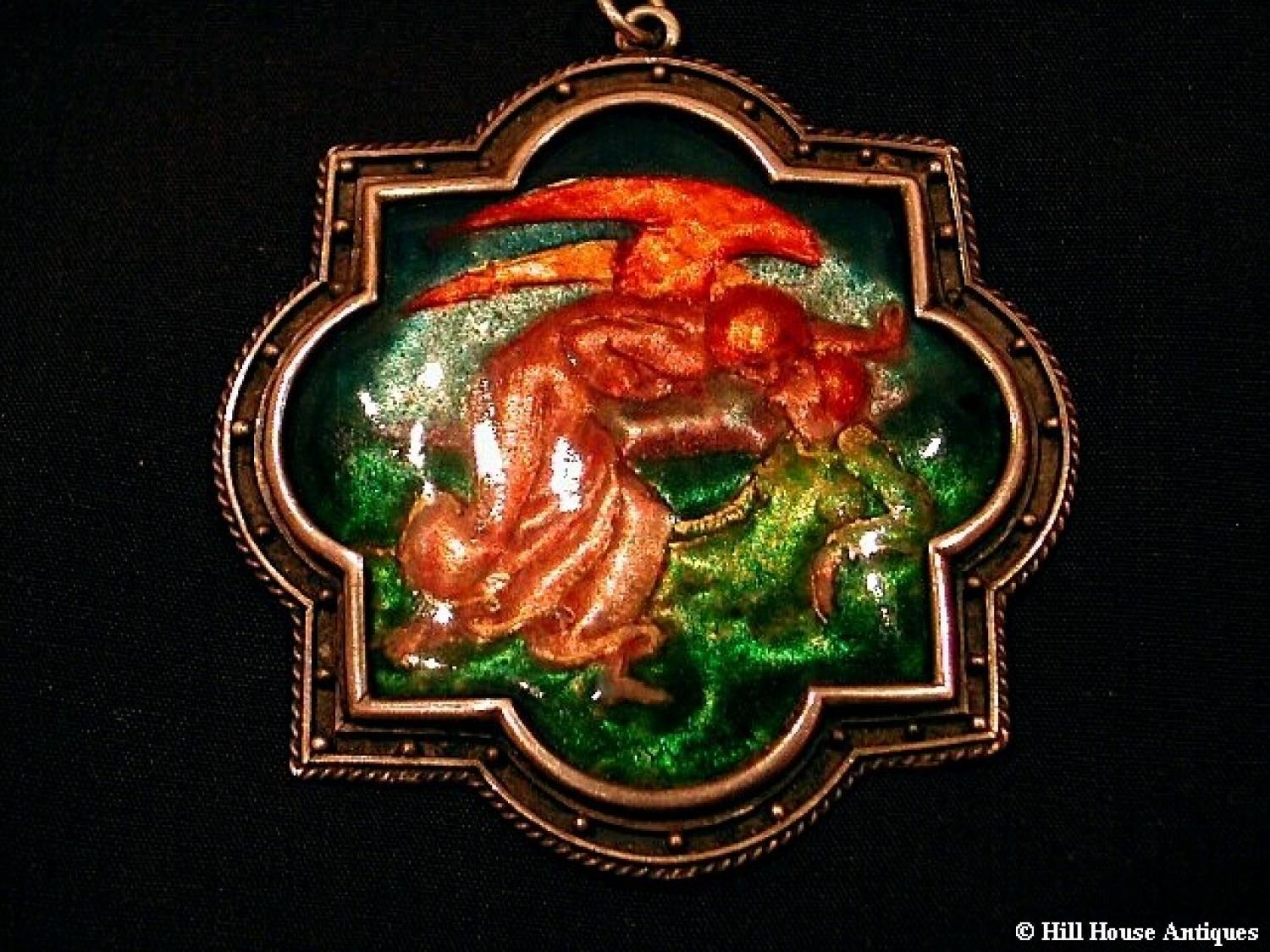 An extremely rare and superb Arts & Crafts enamel pendant of lobed quatrefoil form set in "silver", by Phoebe Anna Traquair, entitled “The Awaking” (sic); signed with her monogram, dated (1903) and titled verso.
The Renaissance quatrefoil form was well established in Traquair’s work and indeed was employed as one of her favourite settings of her pendant jewels. This rare piece depicts the awakening of the human soul or spirit, with a winged angel leaning over a female figure, meeting with a kiss. Of superb quality and vibrant colours; typical of her exquisite work. Approx 4.5cms overall.
Examples of her work were recently exhibited at the International Arts & Crafts exhibition at the V&A Musuem in London in 2005.
Phoebe Anna Traquair (1852-1936) was, at the turn of the last century, the leading artist in the Arts and Crafts movement in Edinburgh. A versatile artist, she worked, from the 1880s to the 1920s in a wide range of media, including painting, embroidery, manuscript illumination, lettering, book binding, jewellery, enamelling, as well as mural decorations based on mythological, lyrical and historical events. During the 1890s and 1900s, she exhibited in London, Turin, Chicago and St Louis. One of her most famous works of art was the decoration of the Mansfield Place Church in Edinburgh (now Mansfield Traquair Centre). She was the first woman to be elected an honorary member of the Royal Scottish Academy, was also a member of the Edinburgh Arts and Crafts Club, the Guild of Woman Binders, and the Royal Society of Painters in Water Colours. She created a blend of Realism and Symbolism. Originally from Ireland, Phoebe Anna Moss, she attended the art school of the Royal Dublin Society and later moved to Edinburgh in 1874 following her marriage to the Scottish palaeontologist, Dr Ramsay Heatley Traquair. Her circle of friends included such luminaries as John Ruskin, WB Yeats, Robert Lorimer (whom she worked with) and William Holman Hunt. All in all a truly remarkable and professionally successful figure in the Arts & Crafts movement, both at home and abroad, producing an astonishing variety of work, characterized by her brilliant colour and romantic imagery.
For more examples of Traquair's work see the excellent exhibition catalogue Phoebe Anna Traquair by Elizabeth Cumming, held at the Scottish National Portrait Gallery in 1993. 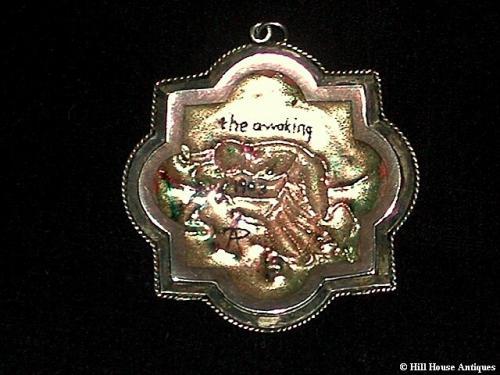