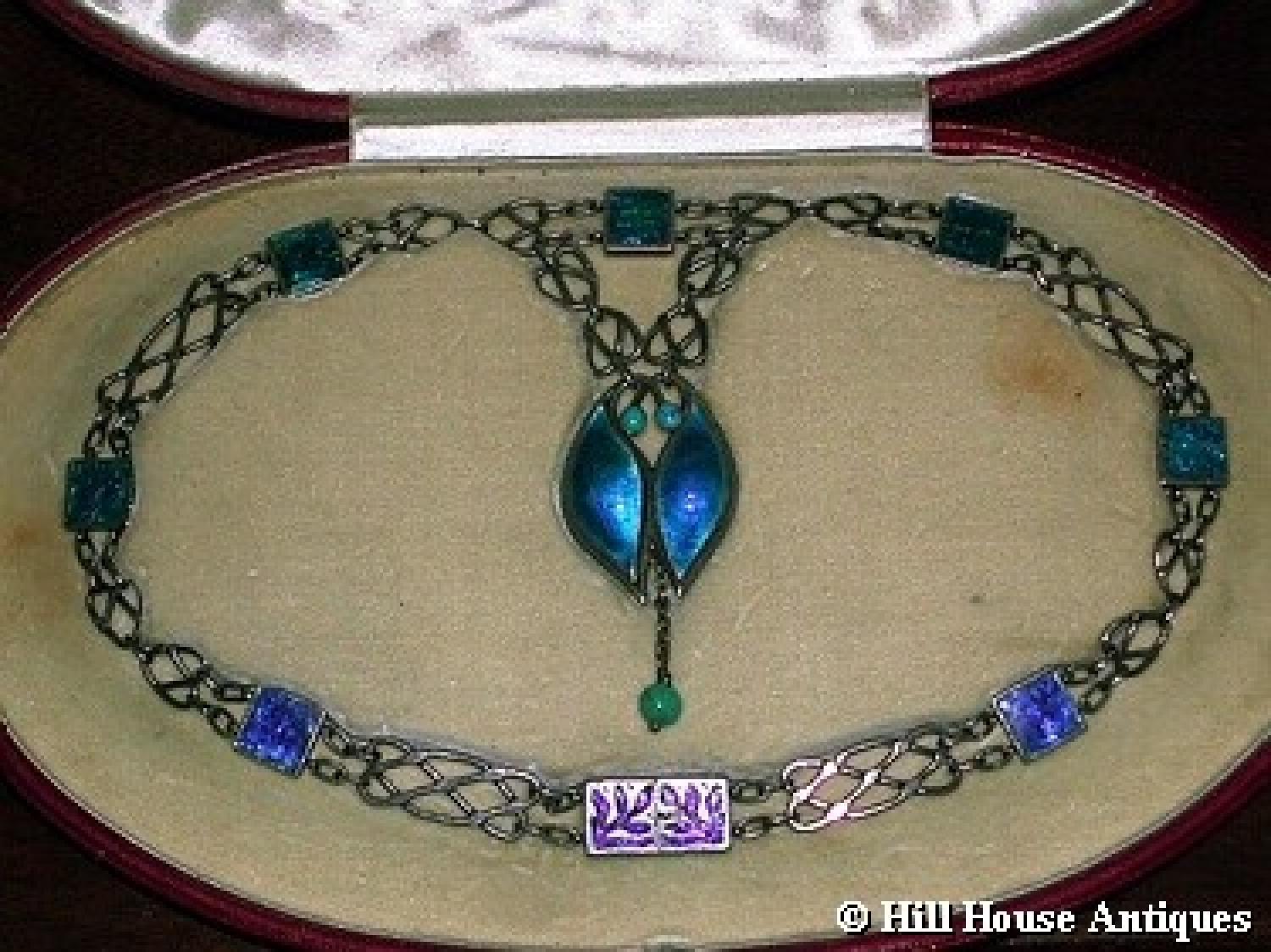 SOLD
A late 19thC exquisite and rare Arts and Crafts silver and enamel necklace by Barkentin & Krall, London (unmarked) in its original red leather box inscribed with makers name and address to lining. The organically shaped stylised pendant drop decorated in peacock blue enamel with stylised leaves and turquoise stones between, the chain-link necklace with panels of entwined celtic strapwork and enamelled squares at intervals.
Barkentin & Krall were famous silversmiths and jewellers; producing in the early years, mainly ecclesiastical jewellery and metalwork. Founded in about 1861 by a Dane called Jes Barkentin. He made his name in London in the early 1860s wih the silver presentation vase given by the Danish residents in Britain to Princess Alexandra on her wedding in 1863. In 1867 he replaced the firm of John Keith as silversmiths to the Ecclesiastical Society. He was later joined in around 1868 by the German silversmith Carl Christopher Krall and the firm continued as Barkentin & Krall until the early 1930s. Their most famous designer was undoubtedly William Burgess of Cardiff Castle fame; English architect, antiquary and designer of furniture, metalwork and jewellery. 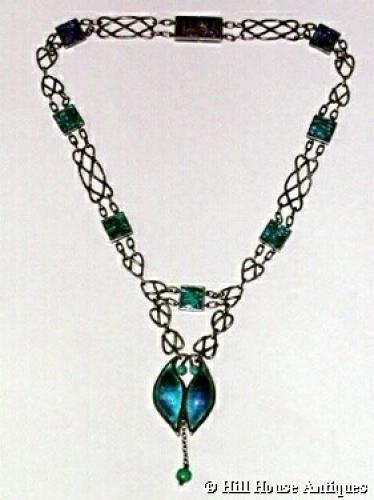 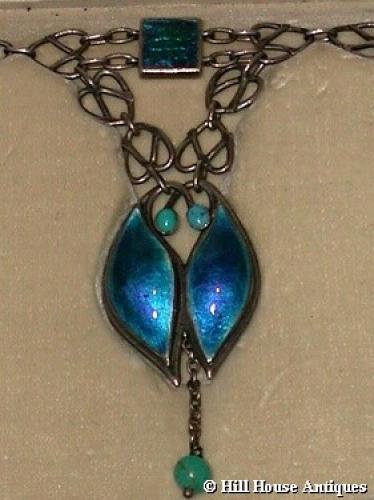 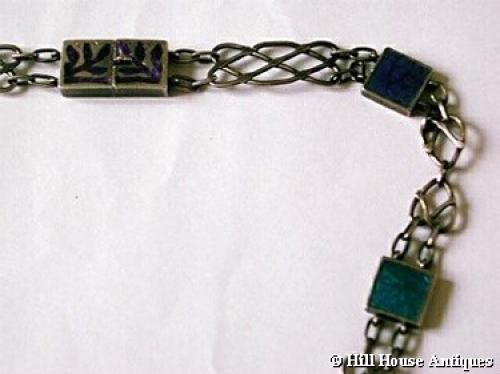