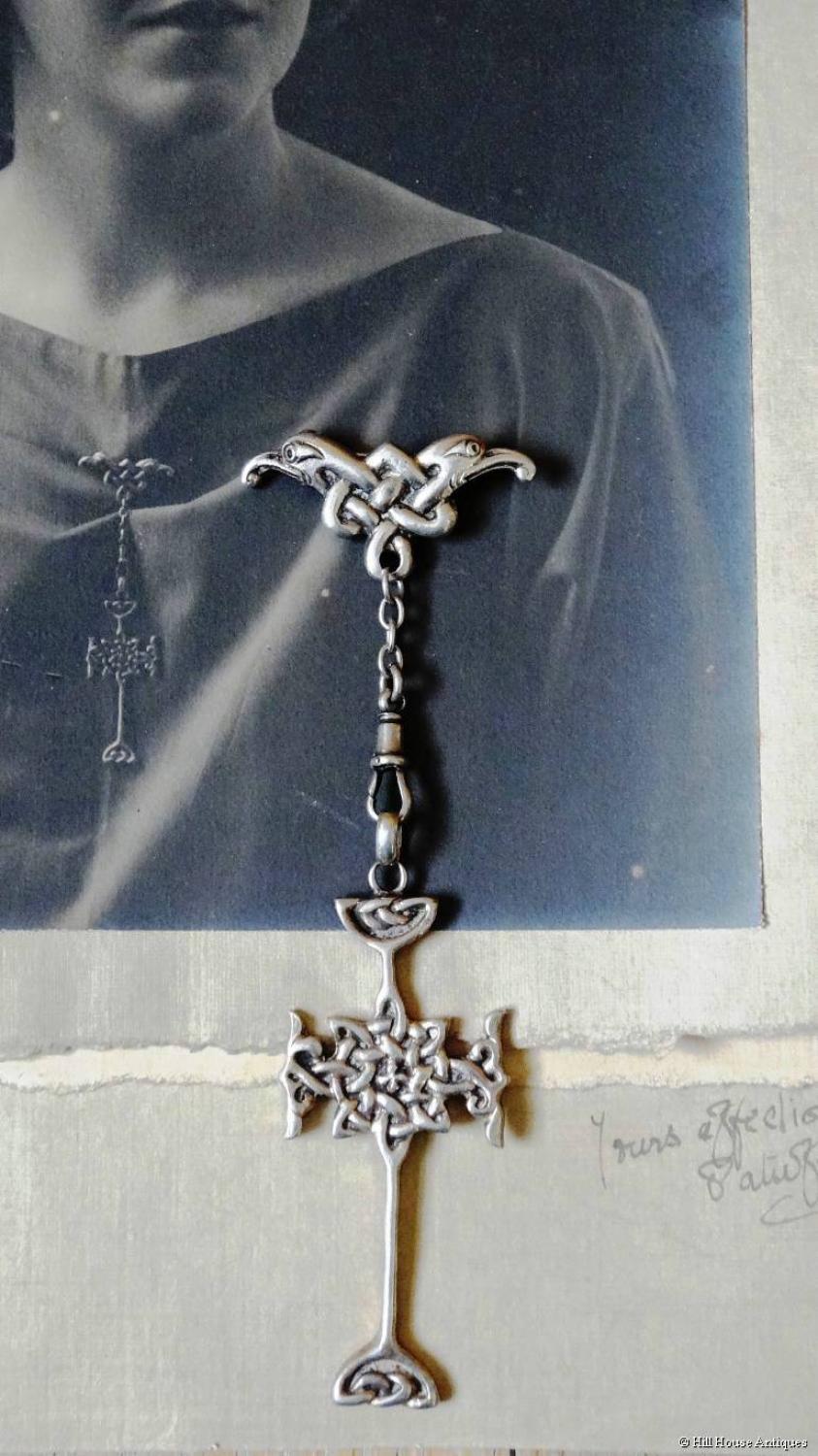 SOLD
A rare Alexander Ritchie of Iona silver brooch/pendant, the lower pendant half in the form of a stylized cross (known as the Nunnery Cross), similar to the long shafted cross with interlaced head found in the Nunnery (where the Ritchies had their shop) and the upper half (detachable) in the form of a double headed bird’s brooch.
Both sections stamped “Iona” and “AR”; c1915.
Pendant/brooch: approx 5” length. Photograph: approx 6” by 8” exc mounts.
What makes this piece even more significant is its provenance, belonging to Patuffa  Kennedy- Fraser. The brooch/pendant comes with its original large mounted photograph of Patuffa wearing the piece. The mount is signed and dated by Patuffa for March 1915. Additional annotation on the mount; “Constance Marsden”, the famous period/society photographer. *** (see below)
Patuffa and her mother Marjorie were good friends of the Ritchies (Alexander & Euphemia) and often visited them at their Shuna
Cottage, amongst other notable artist friends, with Patuffa playing the clarsach. Indeed, a memorial brooch (in the form of a clarsach) was also later made by the Ritchies in 1932 in honour of her mother Marjorie.
Patuffa was the daughter of song collector and singer Marjorie Kennedy-Fraser (1857-1930) and grand-daughter of singer David
Kennedy (1825-1886). She was a major influence on the revival of the clarsach (Celtic harp), through her performances of Gaelic
music and song collected and arranged by herself and her mother. In 1914 she took up the harp to accompany her mother’s songs and made her own arrangements of them. She travelled widely throughout Scotland, Europe and The United States; receiving rave reviews.
*** The photographer Constance Marsden was also a suffragette; a member of the WSPU (Women’s Social and Political Union). A photograph by Constance Marsden “A Portrait of Mrs Emmeline Pankhurst” was accepted by the Royal Photographic Society of Great Britain for an exhibition of The Royal Society of British Artists in Suffolk St in London. An original postcard of the photograph is held at the Museum of London in Docklands.
Further ref: Iona Celtic Art, The Work of Alexander & Euphemia Ritchie;
E Mairi Macarthur  p42/65.
The Women’s Suffrage Movement by Elizabeth Crawford; p548 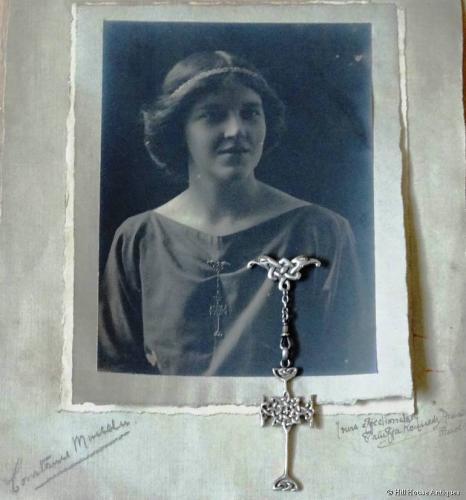 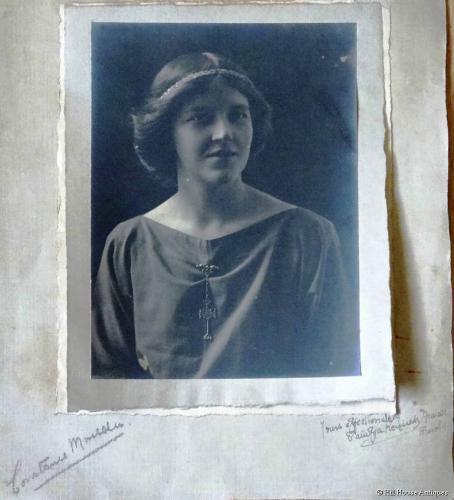