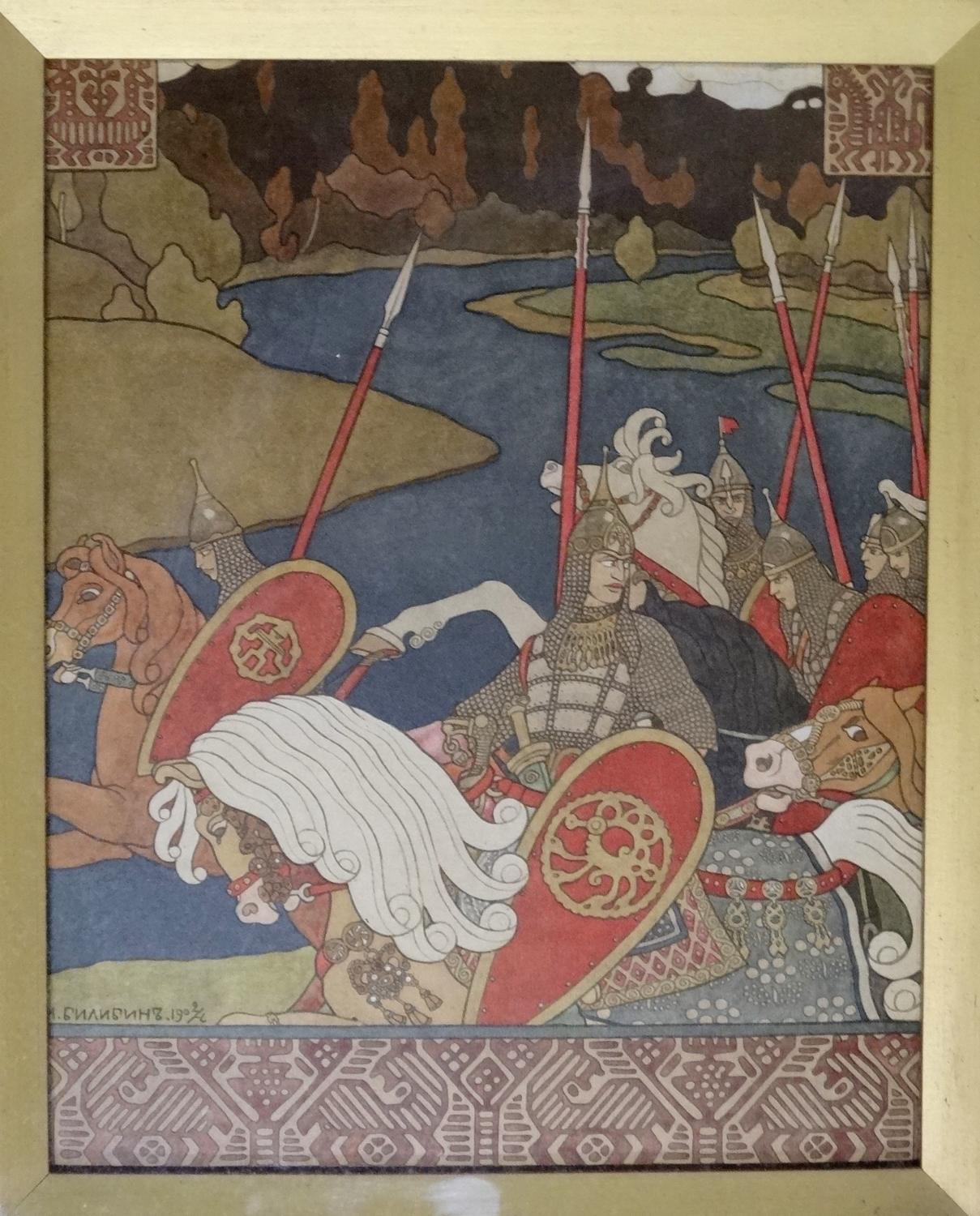 In what appears to be original frames (backing slightly distressed); signed & dated.

These were from the tale of Volga (a medieval Russian hero) part of what is known as the "Byliny" series (heroic songs reflecting the struggle of the people of ancient Russia against both real and folkloric enemies). 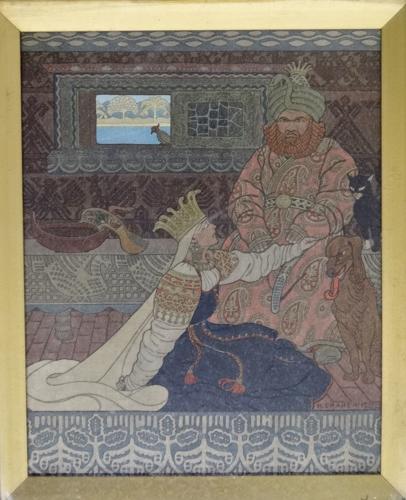 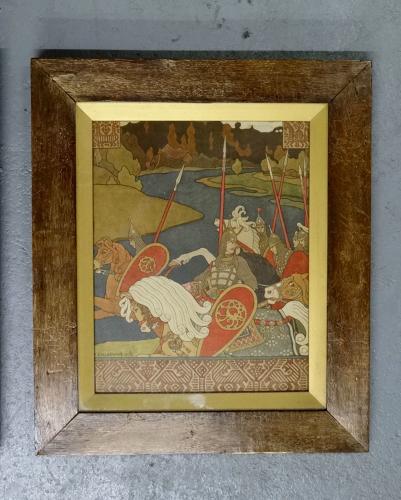 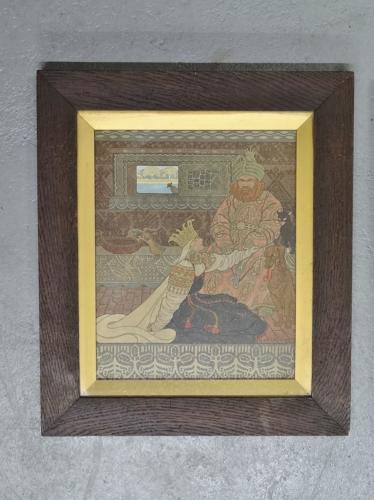 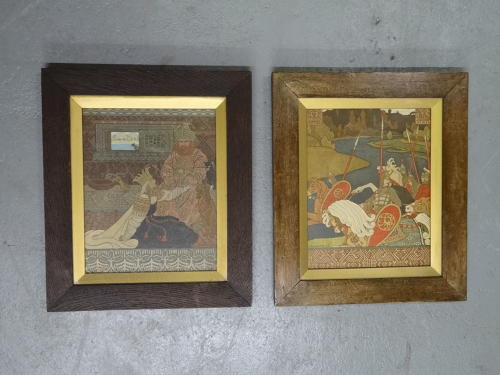