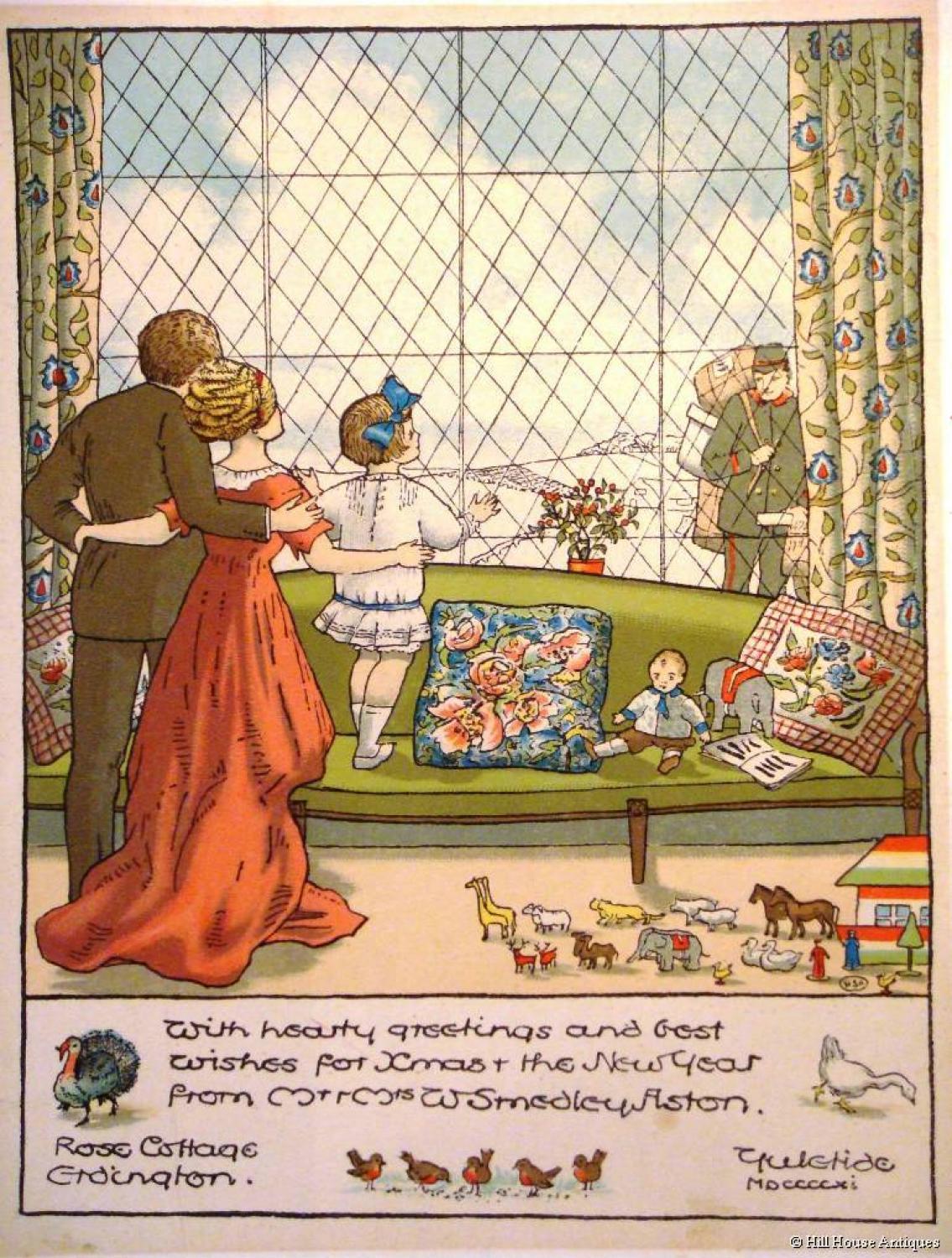 SOLD
A rare set of six original absolutely charming Christmas Card design prints relating to William Smedley-Aston (1868~1941),
the famous Pre Raphaelite & Arts & Crafts photographer.
These original designs were drawn by his wife, Irene.
Obviously (see captions on each card design), these would have been sent out by him at Xmas time to friends, family and colleagues. c1910.
An amazing amount of charming detail in each one; the more one looks the more one finds.
Both he and his wife were members of the Birmingham Group of artists and he was also instrumental in both financing and encouraging early moving films through his company, British Biograph Co.
They were friends with many of the leading artists of the time, such as Joseph Southall, Arthur Gaskin & Maxwell Armfield (related by marriage) and indeed his wife Irene, featured in many photographs, paintings & drawings by them.
They lived in a 16th century timbered house in Henley-in-Arden (possibly the house featured as backdrop  in some of these card designs).
All six have now been newly framed and ready to hang.
Approx 12.25"  by 10.5" inc frames. 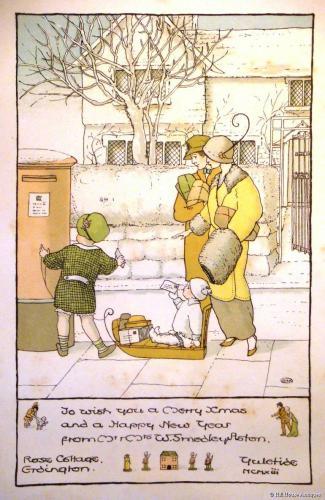 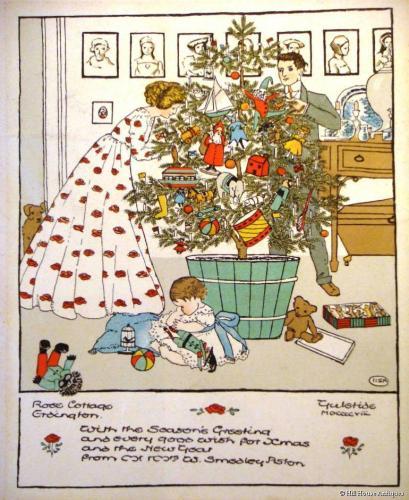 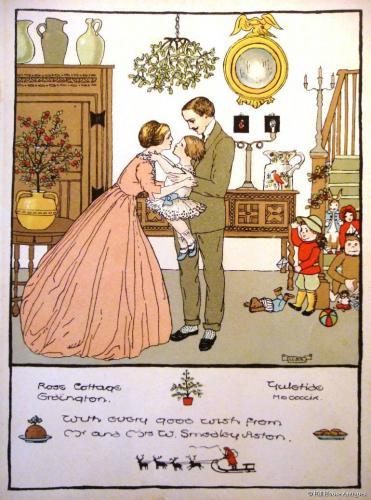 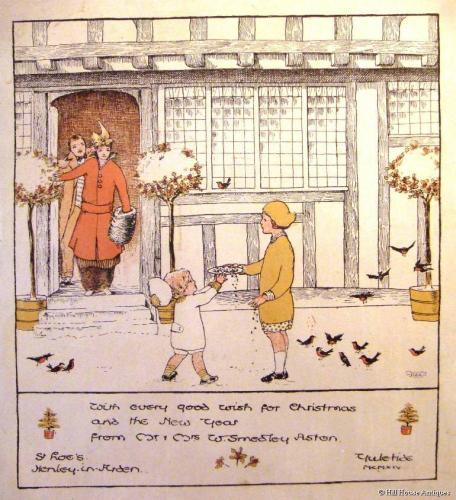 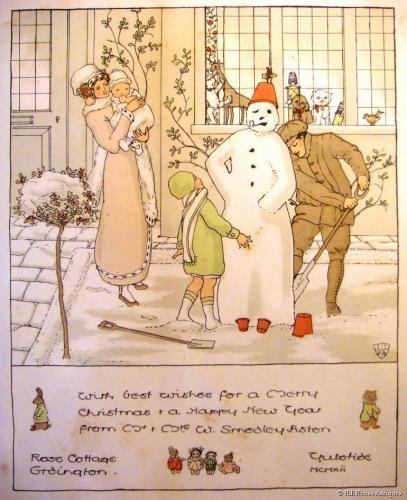