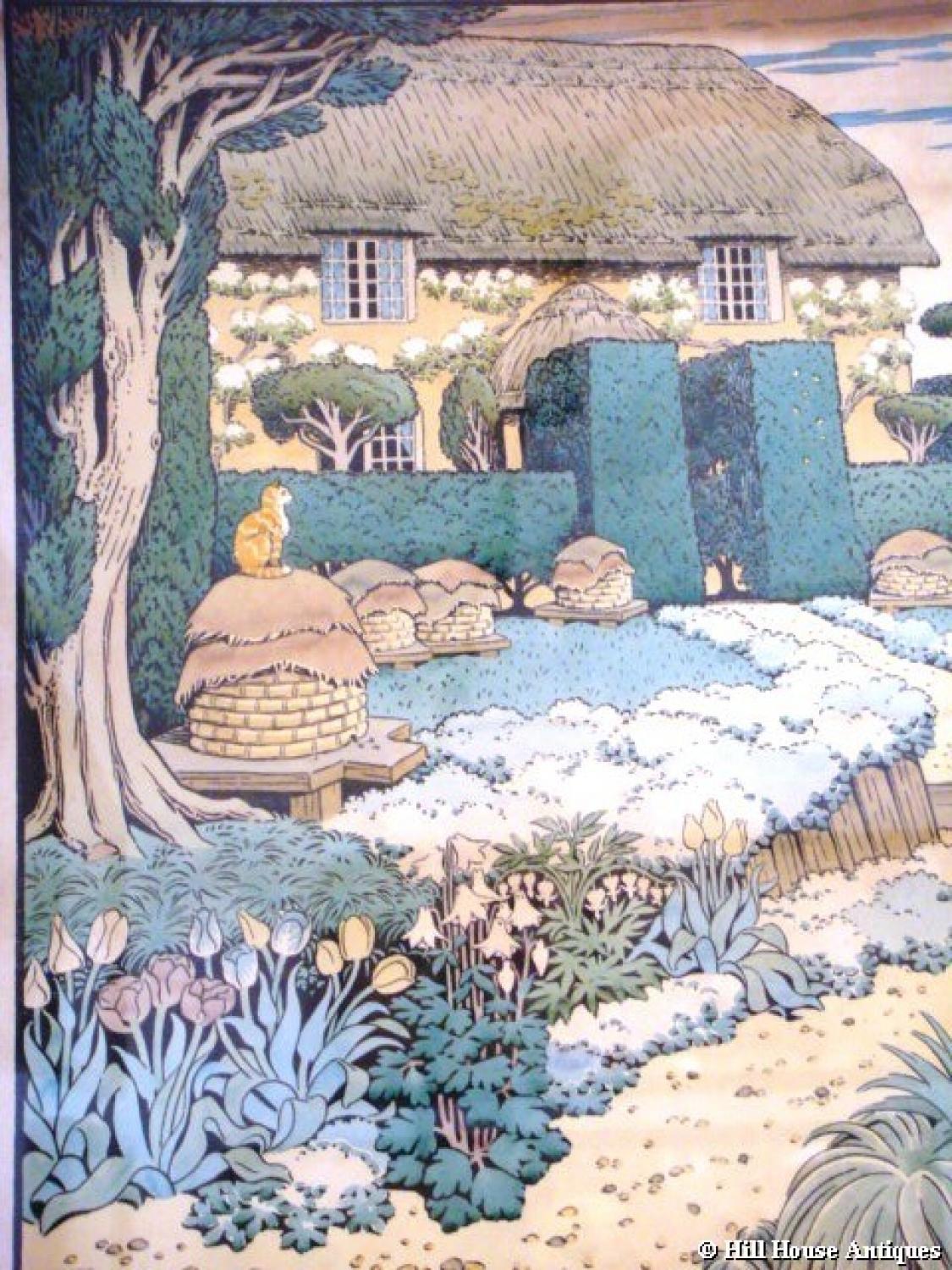 Another rare oak framed Arts & Crafts period chromolithographic print after George Maunoir Heywood Sumner (1853-1940); WAS Benson’s cousin.
Entitled “The Bee Garden” and with further text to base; “ A swarm of bees   {in May is worth a lot of hay  {in June is worth a silver spoon  {in July is not worth a fly”.

The subject matter being James Bush’s Cottage near Gorley in Hampshire, where Sumner had his home “Cuckoo Hill”. Signed with HS monogramme.  Excuse the flash/light reflections in images!
h: 31” w: 29” inc frame
Originally published by George Bell & Sons of York St, Covent Garden, London c.1903/4  for the The Fitzroy Picture Society; and printed by James Ackerman of London. The Fitzroy Picture Society was founded in 1891 by AH Mackmurdo, Heywood Sumner and five other artists, with the aim of producing printed pictures & posters for “Schools, Mission-Rooms and Hospitals”; they were sold in London, Paris & Boston. The Victoria & Albert Museum in London bought nineteen of them back in 1895, of which fourteen were by Heywood Sumner.
Ref: Heywood Sumner; Artist & Archaeologist 1853-1940  by Margot Coatts & Elizabeth Lewis; Winchester City Museum. 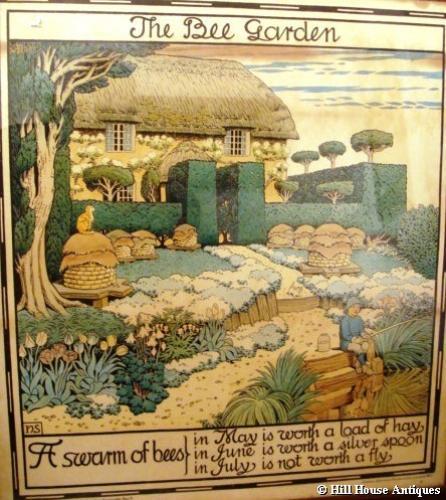 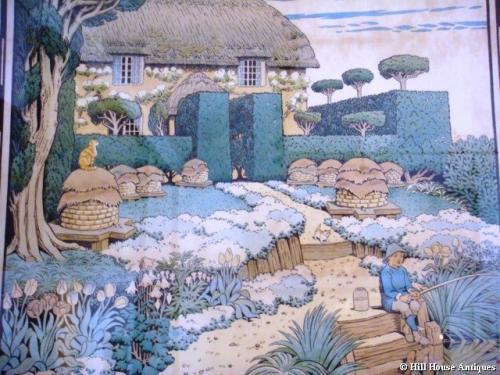