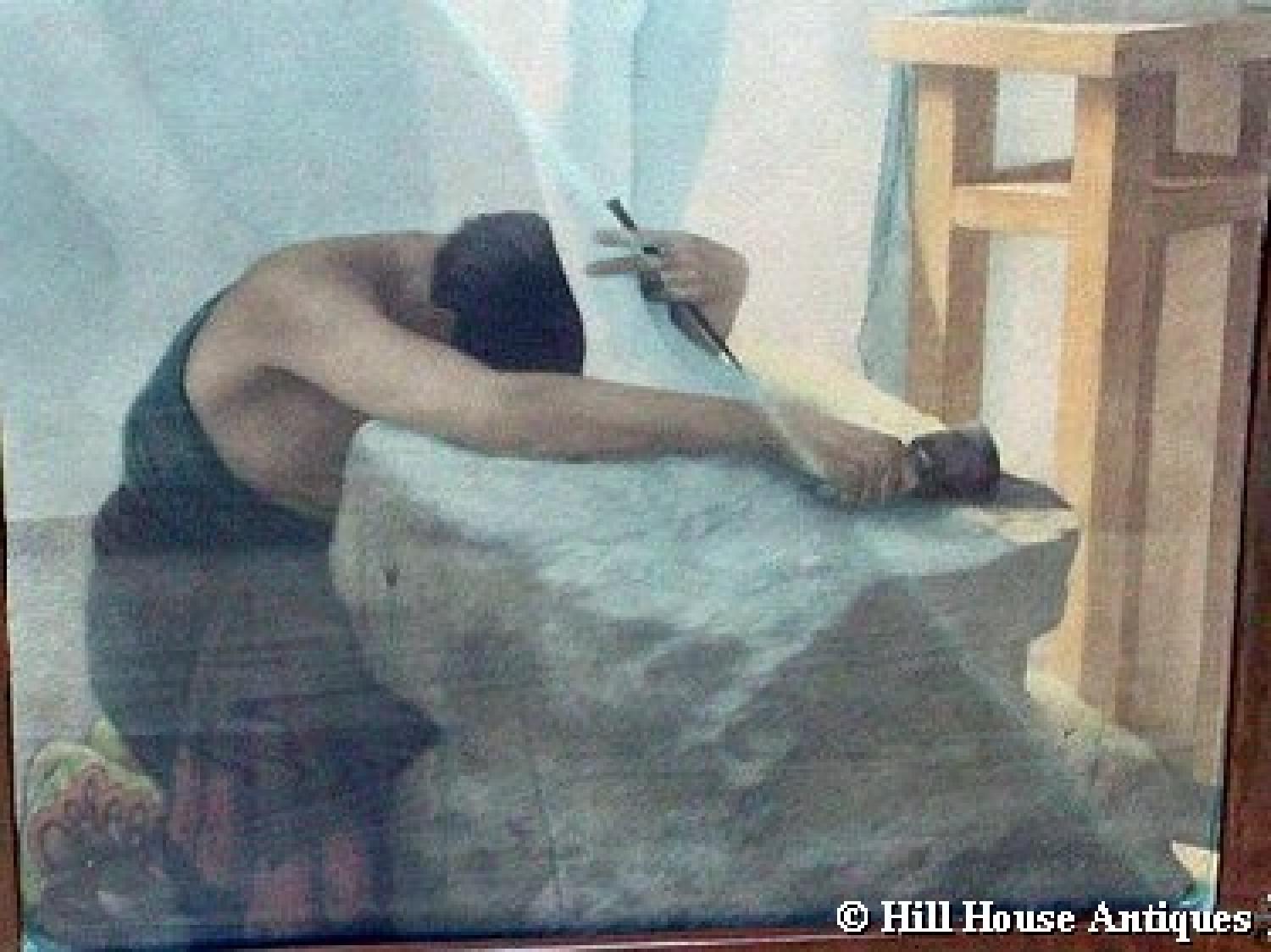 SOLD
A good large Arts & Crafts hammered copper framed print after Herbert Schmalz of an atmospheric ethereal symbolist figural studio scene;The Awakening of Galatea, circa 1900.
Herbert Gustave Schmalz (English 1856-1935) was born in 1856 in Ryton on Tyne, England, to a German father. He studied at South Kensington and the Royal Academy, as well as in Antwerp. He lived in the Kensington, London, and was friends with Frederic Leighton, marrying the sister of Dorothy Dene, a favorite model for Leighton.
He exhibited widely, including, amongst others, the Royal Society of Artists in Birmingham; the Fine Art Society on Bond Street (where he had a solo exhibition in 1900 of forty paintings, entitled A Dream of Fair Women); the Grosvenor Gallery; the Glasgow Institute of the Fine Arts; the Walker Art Gallery in Liverpool; the Leicester Gallery; the Manchester City Art Gallery; and the Royal Academy.
His works were very popular and well reproduced as prints and in magazines of the time.
Approx 34" by 19".
Illustrated in The Art of Herbert Schmalz by Trevor Blakemore; pl LX, page 156.
The original painting was a massive 7ft by 3ft 6. According to the book, the colour facsimilies and photogravueres were printed by Raphael Tuck & Sons at the time. 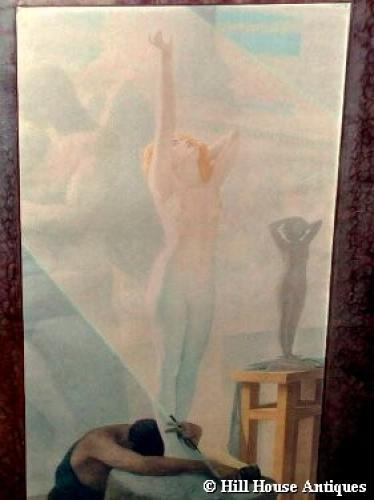