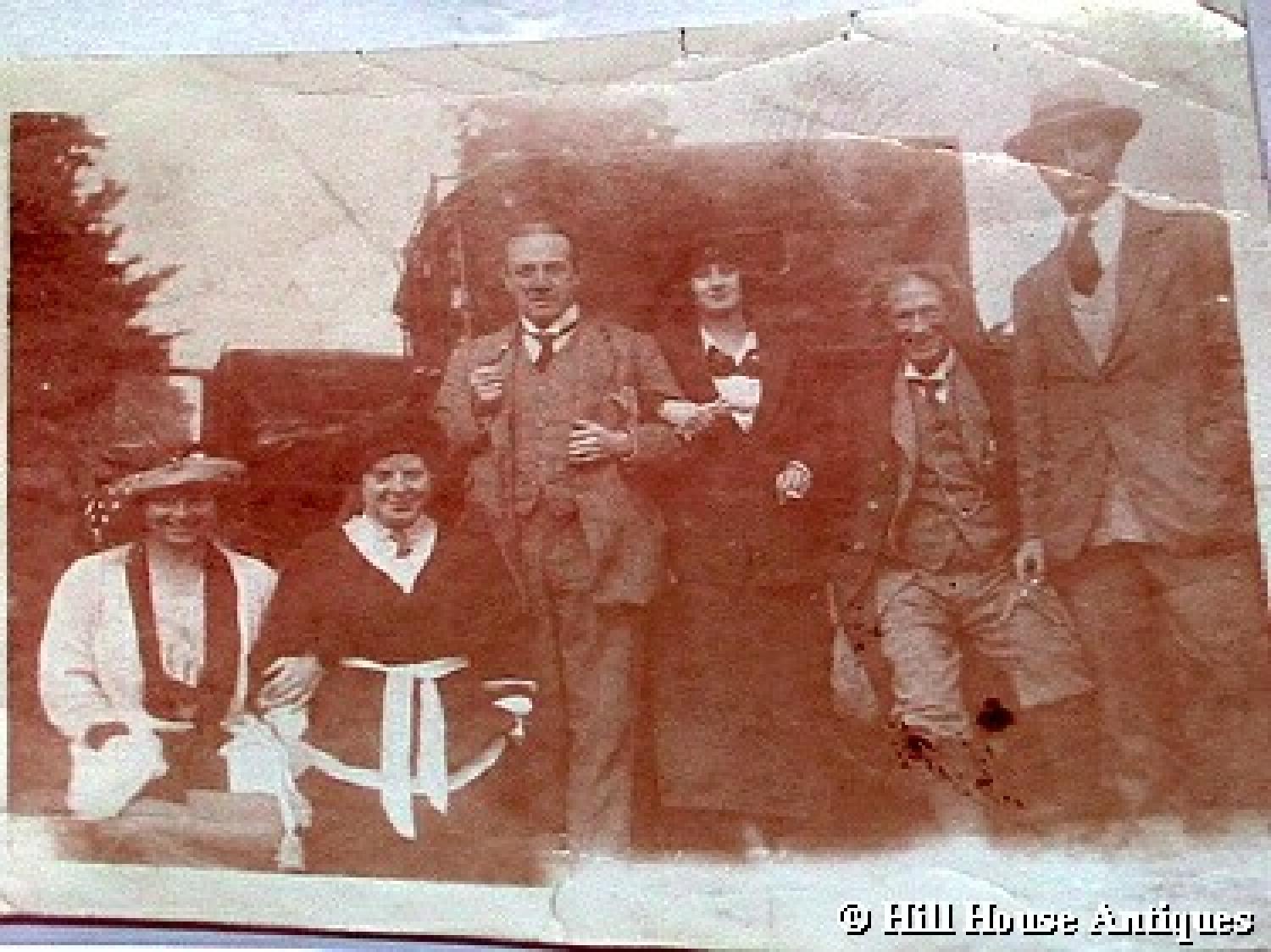 SOLD
A rare piece of archival ephemera in the form of a black & white photo of WAS Benson, the famous Arts & Crafts architect-designer, alongside the British Prime Minister Sir Stanley Baldwin, amongst others, at Astley Hall dated 1919.
Also a charming accompanying drawing, (almost certainly by Benson himself) with various autographs, including of course WAS Benson and Sir Stanley Baldwin. WAS Benson was not only a friend of the Baldwins but also an architect and was commissioned by Baldwin for work at Astley Hall and other properties - see the WAS Benson book recently published by the Antique Collectors Club for several references. 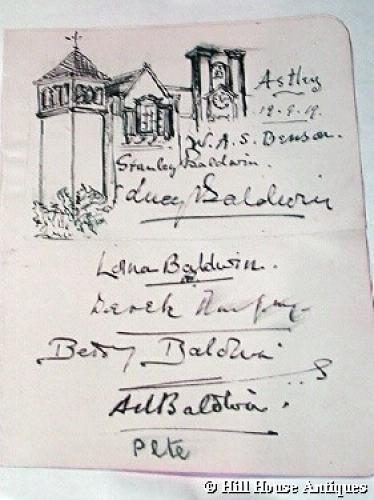 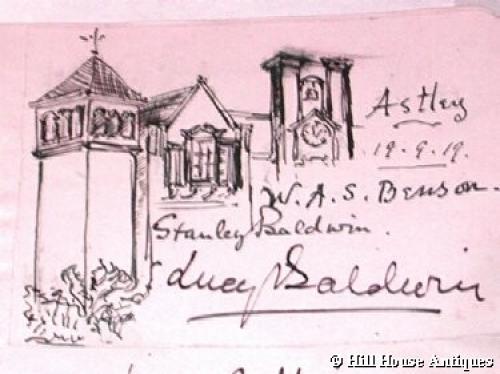 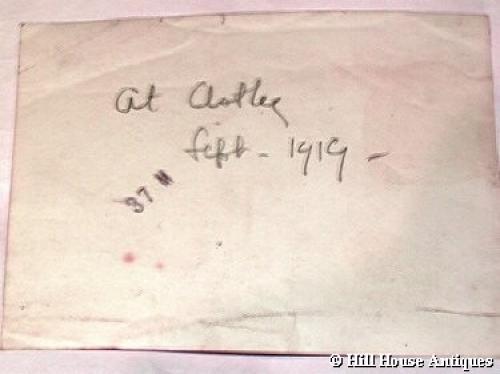