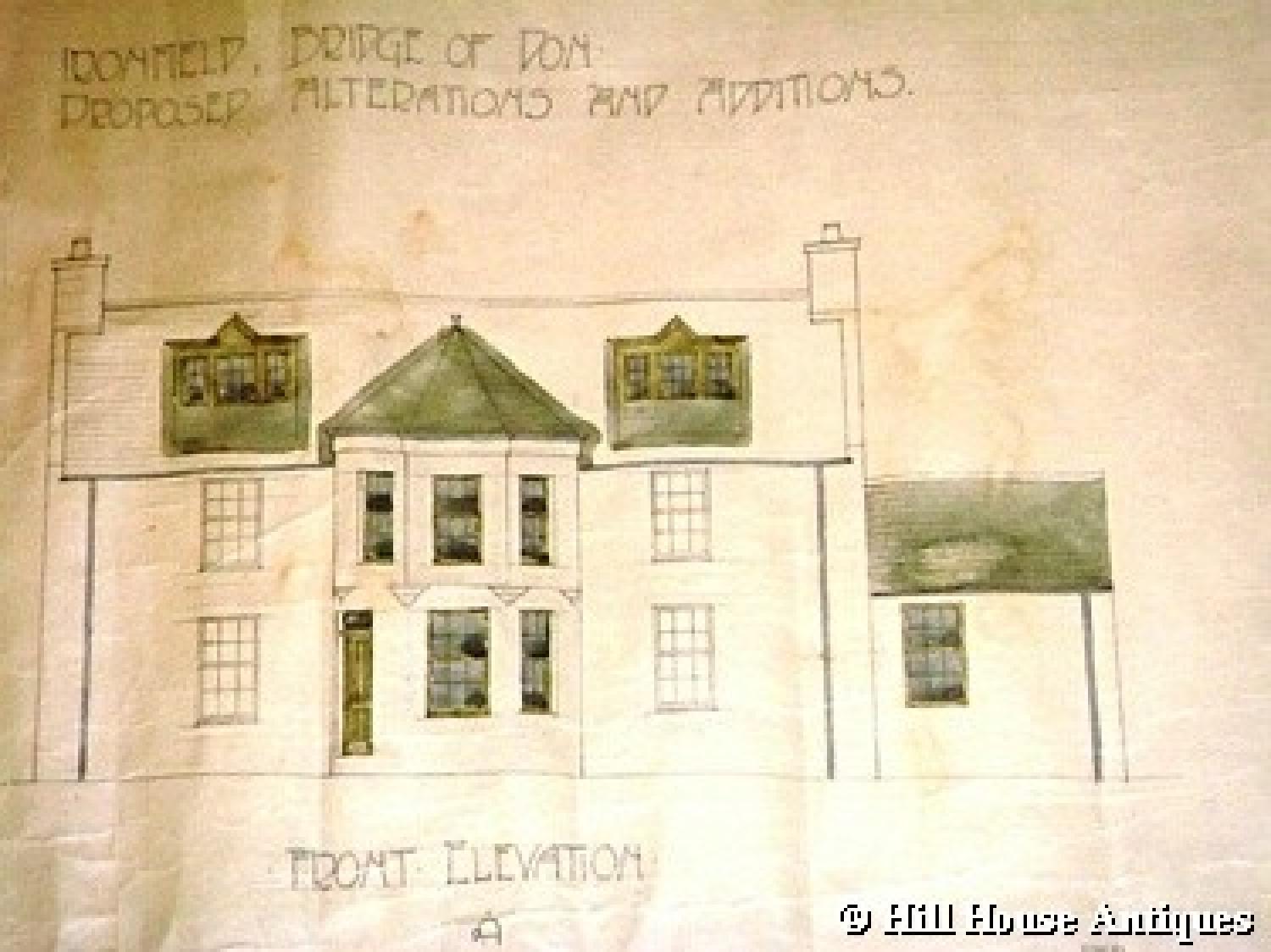 A good original Scottish School Arts & Crafts early 20thC architectural plan by AHL Mackinnon (1870-1937), fully signed lower right. Approx 25" by 16.5".
Arthur Hay Livingstone Mackinnon was born in Aberdeen and educated at Aberdeen Collegiate School. Orignally articled to Matthews and Mackenzie in 1887, he moved to London as an improver with Sir Robert William Edis in 1890 and was subsequently promoted to the post of assistant. In 1893 he made a study tour of Italy and Greece and returned to commence practice at 75 Union Street Aberdeen in October the same year. Admitted ARIBA in 1894. By 1907 he had moved to 245 Union Street which remained his office until his death in 1937. He was admitted FRIBA in early 1932. Mackinnon served as Secretary of the Aberdeen Society of Architects from 1898 until 1913 and as President from 1914 to 1915 and from 1931 to 1932.
He was an architect of considerable refinement. One of his best commissions was the beautiful house, Kippie Lodge, Aberdeen, now a private sports and country club. 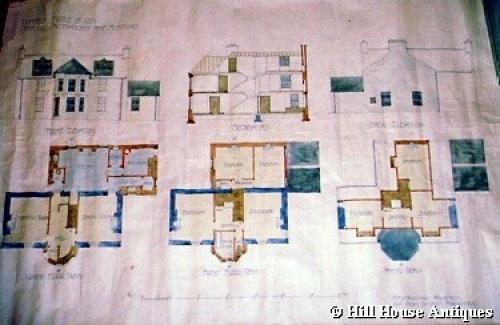 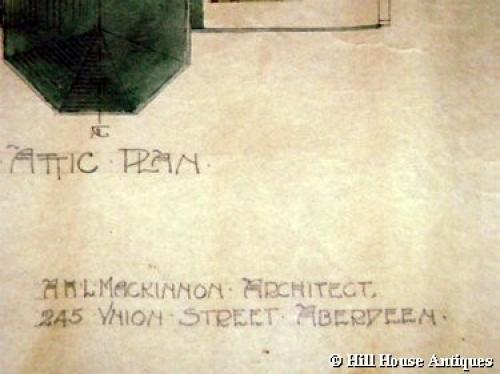