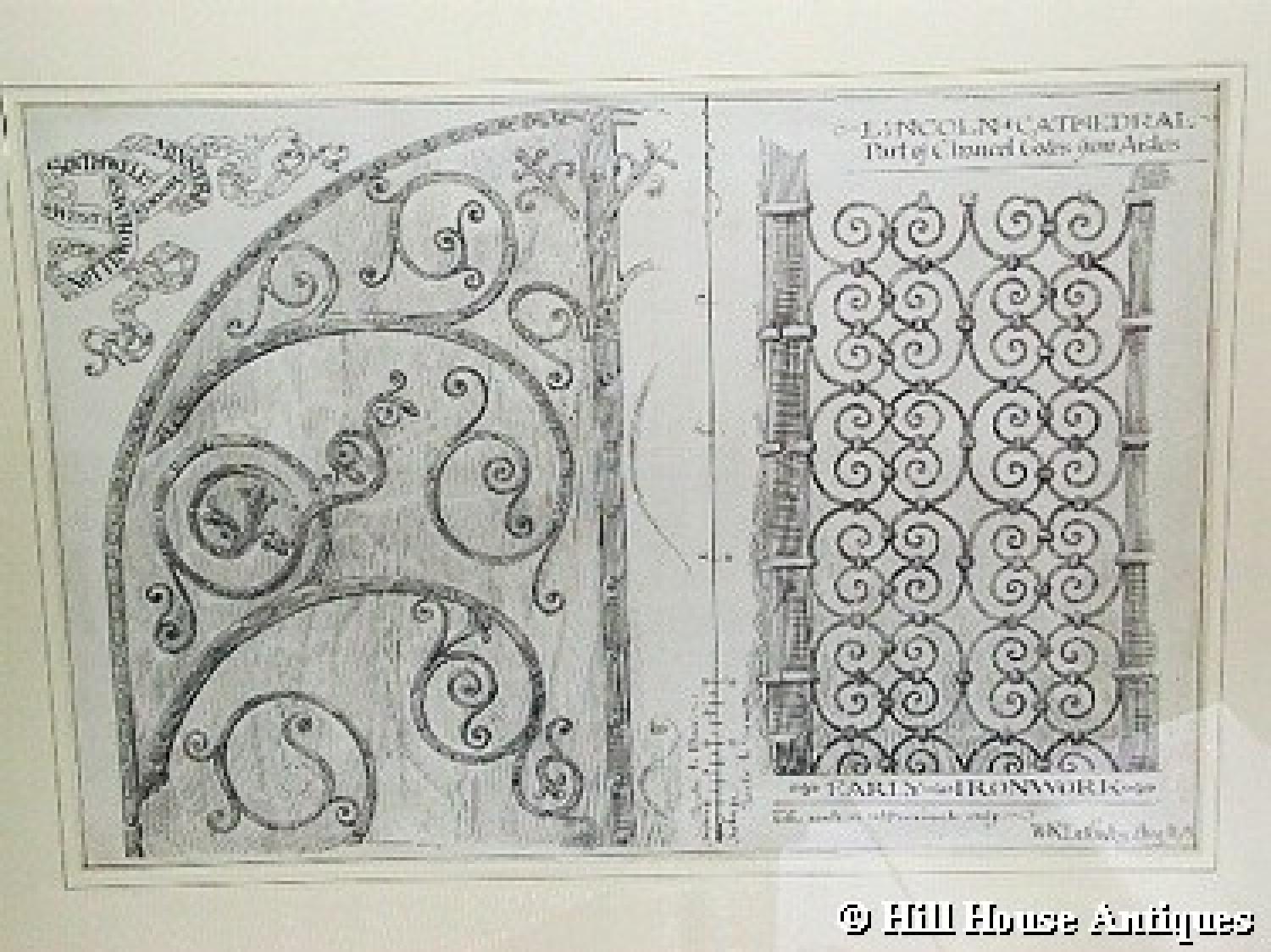 Rare original pen & ink drawing of ironworks relating to the West Door of Southwell Minster, Nottinghamshire and Part of the Chancel Gates from Aisles in Lincoln Cathedral, by the celebrated architect, designer, writer and teacher, William Richard Lethaby (1857-1931). Signed and dated Aug 1878.
Approx 22" by 28" inc frame.
Lethaby was chief clerk in the offices of Norman Shaw from 1879 to 1889, when he set up his own practice amd was later President of the Arts & Crafts Exhibition Society. He met Ernest Gimson in 1889 and joined with him in the founding of the furniture makers of Kenton & Company. He also provided designs for Stanmore Hall which was being decorated by Morris & Co. Became Master of the Art Workers Guild in 1911 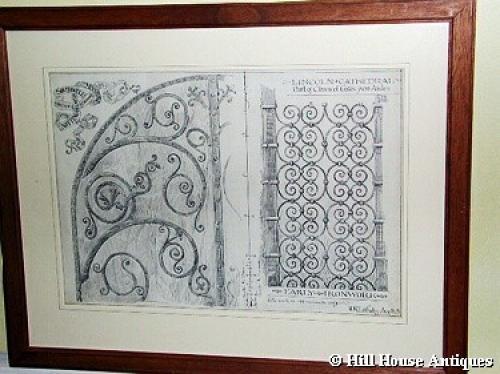 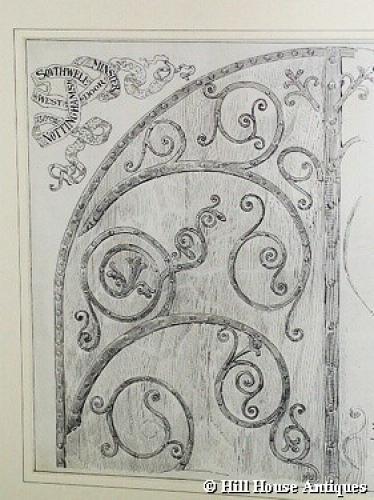 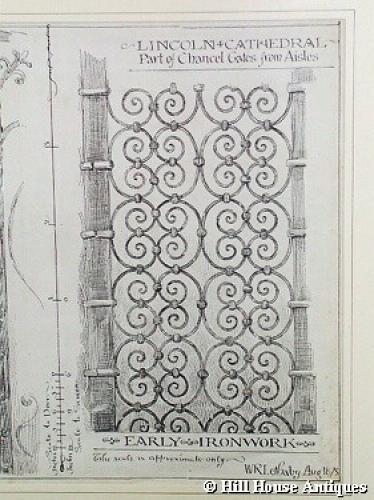