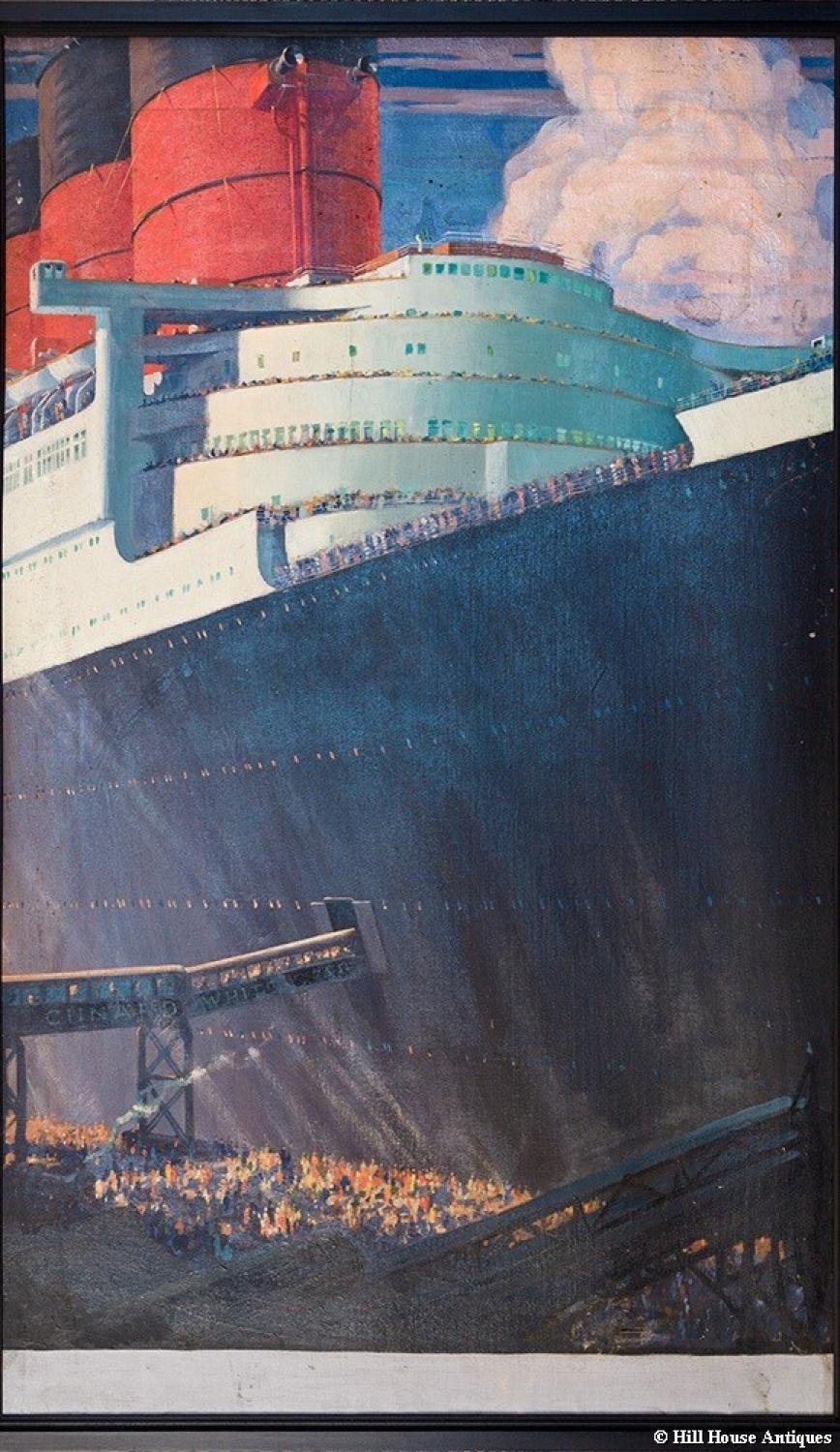 An original and superb large pair of oil paintings on canvas, of the RMS Queen Mary; View of her Bows under Full Steam, and at the Quayside with Crowds Seeing off Passengers.
A truly iconic, and powerful pair of images; in original condition, c1935.
Labels and archive reference numbers verso on the stretchers for BCPCo; the British Colour Printing Company, based at Cunard Building in Liverpool, the main company at the time who would have gained this contract (and many others) to produce coloured posters from the original canvases.
The RMS Queen Mary made her maiden voyage to New York in May 1936 and 2011 marked the 75th anniversary of that voyage. She was a truly luxury liner built on Clydebank for the famous Cunard Line; partly to compete with and wrestle back the recent limelight of the French luxury liner, The Normandie; which she successfully did. The interior was a stunning Art Deco design created by many famous artists and designers of the time; including originally, the Bloomsbury artist Duncan Grant, but his designs, although agreed and approved, were later inexplicably rejected at the very last minute (much to his chagrin!) by the then chairman. The Bath Cabinet Makers were also responsible for a lot of the interior furniture & fittings; amongst many other suppliers.
The Cunard Line commissioned many illustrations and paintings both for publicity and decorating its buildings and ships. These paintings were clearly & almost certainly intended for poster use, as each has a “blank” tablet at the foot, where appropriate text would have been inserted at the printing stage. Additionally the dimensions are in keeping with final typical poster sizes. Although apparently unsigned, likely major artists responsible for these could have been either Norman Wilkinson or perhaps Walter Thomas. The other strong possibility and probably the most likely, is Odin Rosenvinge (1880-1959), who produced quite a few Cunard Posters and was senior artist at Turner and Dunnett, Liverpool, when Walter Thomas was employed there as his junior.
My thanks to Michelle Walsh at the Merseyside Maritime Museum Liverpool and Sam Davidson, honorary consultant Merseyside Maritime Museum and author of "Marine Art & Liverpool"; for their invaluable help in identifying the label and likely artist.
h: 40” w: 24” each . 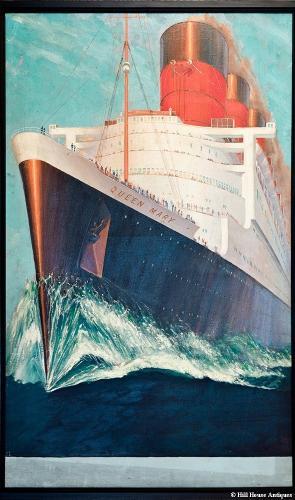