NB: One now sold; the fair haired one

Striking pair of original water-colour portraits in the Pre-Raphaelite manner by May Louise Greville Cooksey (1878-1943).

May Louise Greville Cooksey was an ecclesiastical artist as well as a landscape & figure painter and etcher. She was born in Birmingham but spent most of her life in Liverpool.

She studied at Leamington and Liverpool School of Art where she was awarded several silver and gold medals. She was also given a traveling scholarship to Italy. For some time she was also the Art Mistress at South Kensington. She exhibited in many of the top galleries, including the Royal Academy and the Glasgow Institute of Fine Art but mostly at the Walker Art Gallery in Liverpool.

Our Lady Star of the Sea Church in Seaforth nr Liverpool are five large painted panels by her, which were illustrated in 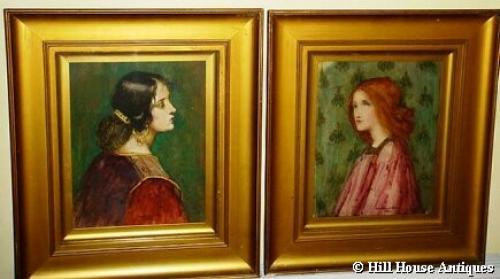 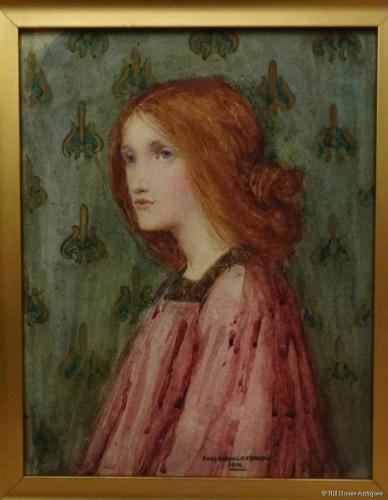 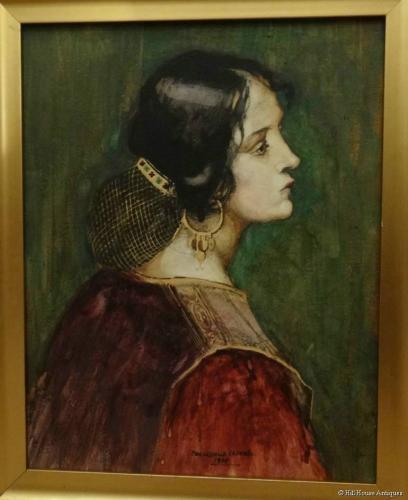