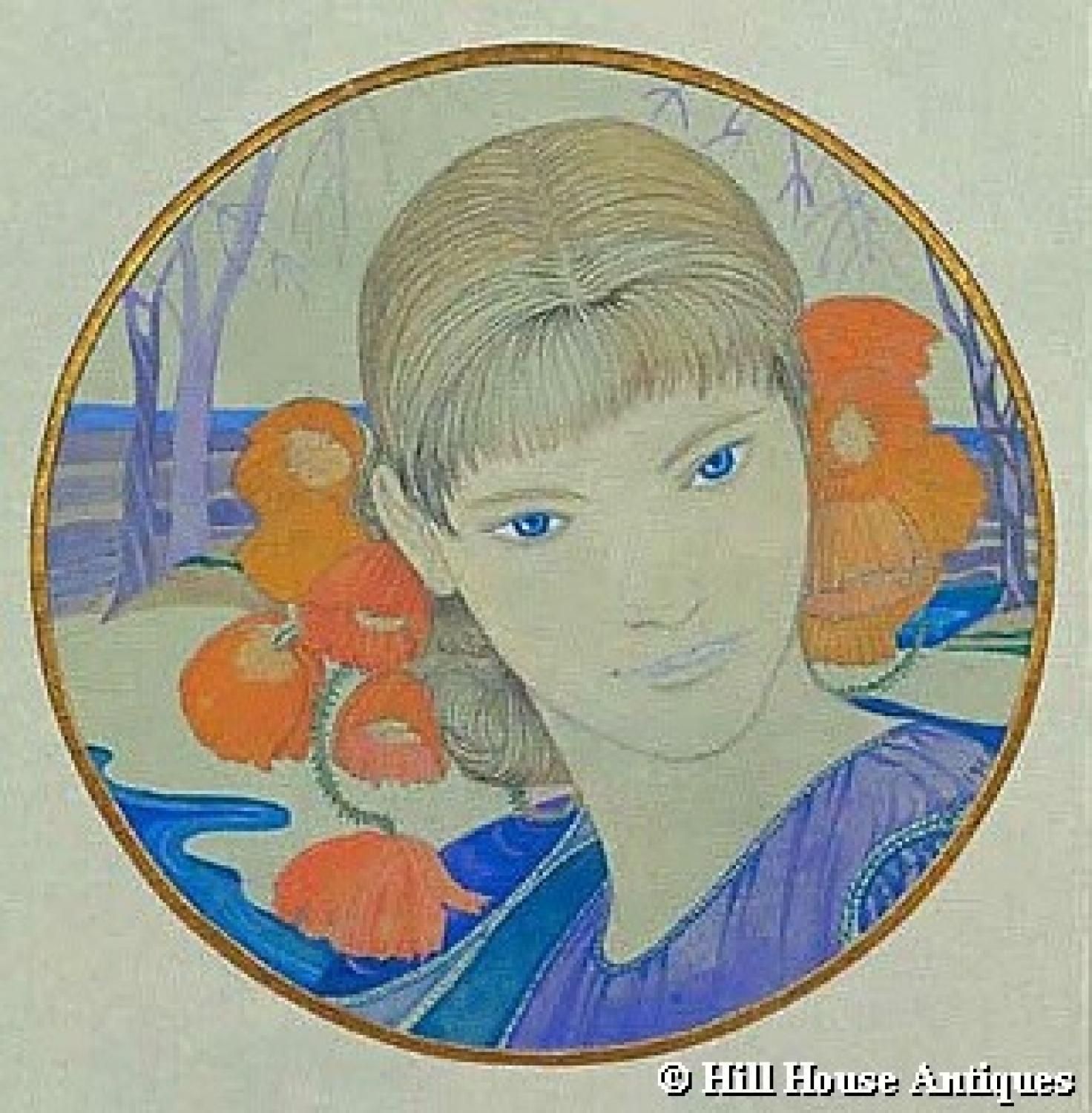 Charming small watercolour in ebonised frame of a young girl by Cecile Walton (1891-1956)- signed and dated 1927.
Member of the Scottish Society of Women Artists. She was part of the Edinburgh Group of artists who included such illustrious names as Dorothy Johnstone and Eric Robertson. Indeed, she married Robertson in 1914 but separated from him later. She was a frequent visitor to the studio of the Glasgow painter John Duncan (who taught her to etch) while at Edinburgh College of Art and his influence can be seen in her work. Walton also took her influences from Charles Rennie Mackintosh and Jessie M King, the latter who introduced her to pen and ink illustration and encouraged her to work inthe field of romantic Symbolism. She was also very well known as a book illustrator.
Approx 15" square inc frame. Visible area approx 8" square.
Provenance: previously with The Fine Art Society in London. 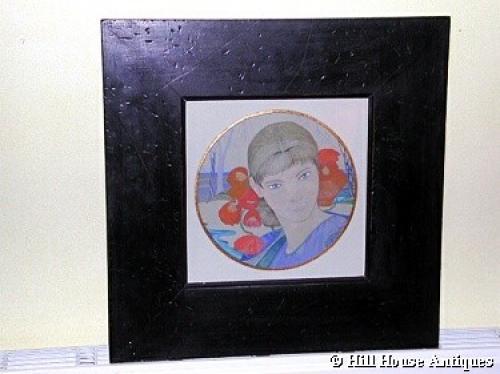