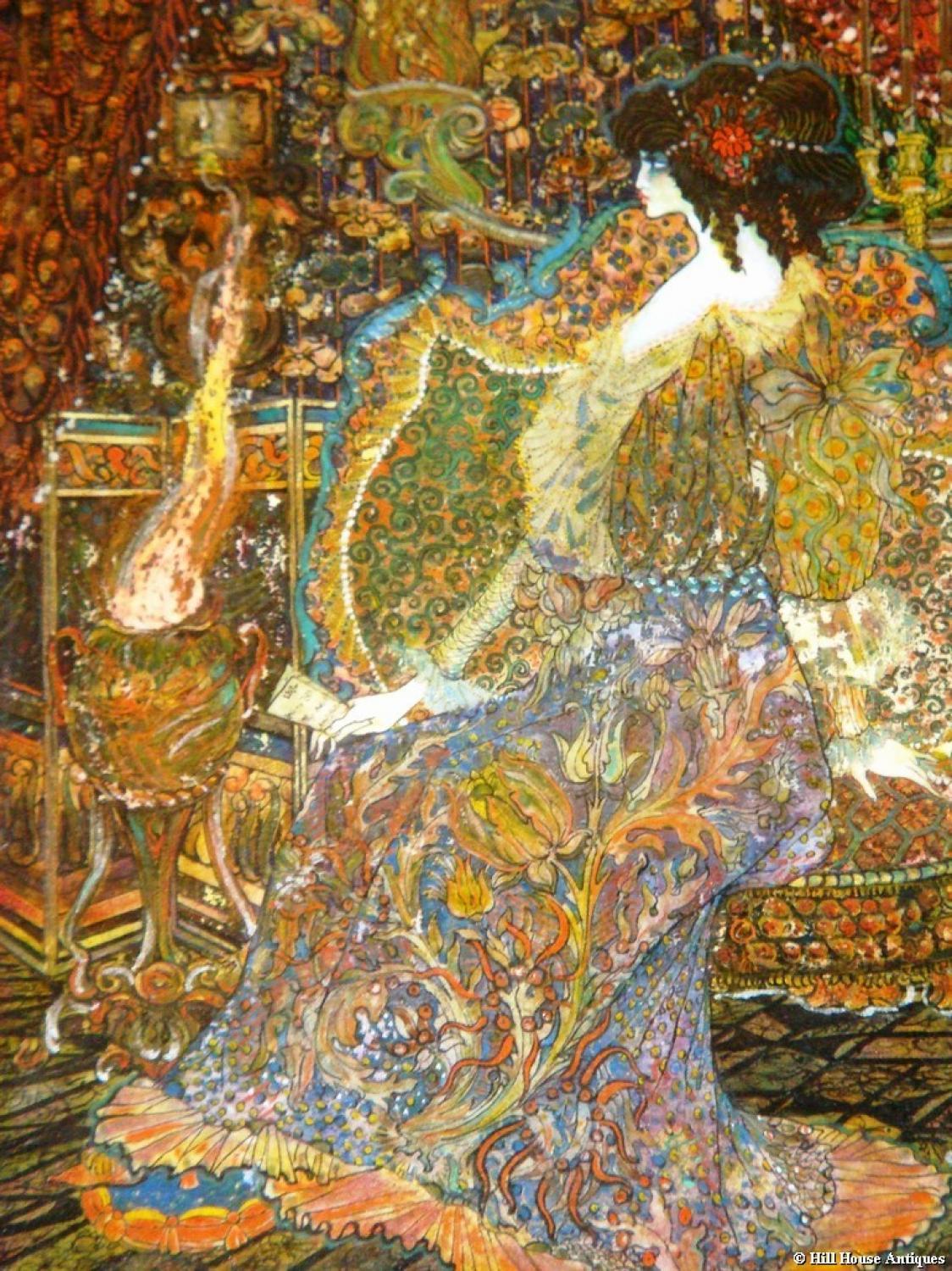 SOLD
A charming and visually powerful, pen & ink Aubrey Beardsley style watercolour by Evan Morgan; signed and dated (1914?), of a beautiful seductive enchantress performing her "tasks"! Elements of Gustav Klimt as well.
Evan Frederic Morgan (1893-1949); 2nd and last Viscount Tredegar, was a poet, artist, soldier and statesman. Little of his artwork appears on the open market.
He was adviser on art to the Royal Family and dabbled on the artistic fringes of society. In fact Queen Mary apparently referred to him as her favourite bohemian.
He kept a menagerie of wild animals, including a boxing kangaroo and whole flocks of birds at his palatial residence, Tredegar House in Wales; some of which apprently lived indoors. Amongst his circle of friends included the writers Aldous Huxley and GK Chesterton and the artist Augustus John. Also Aleister Crowley, the famous magician of the "dark arts".
Evan Morgan was an expert in the occult and was apparently known as the "Black Monk". He was also a high ranking officer during WWII in MI8, with responsibility for the carrier pigeons.
Stories of his behaviour are legend and plentiful. He was a very colourful character, to say the least.
More "straightforward" biographical information can be found on him at the National Library of Wales/Welsh Biography Online web site:
http://yba.llgc.org.uk/en/s2-MORG-FRE-1893.html 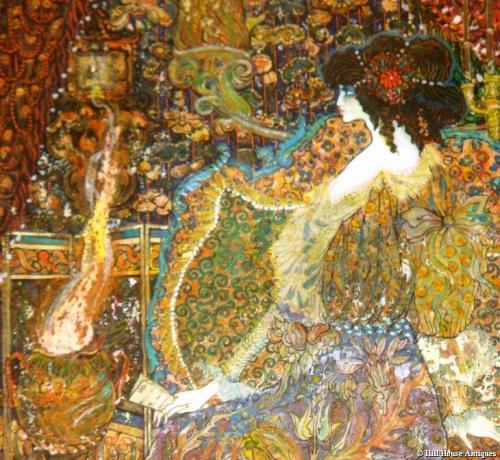 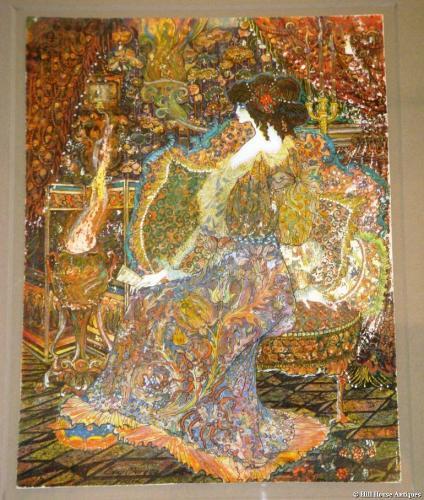 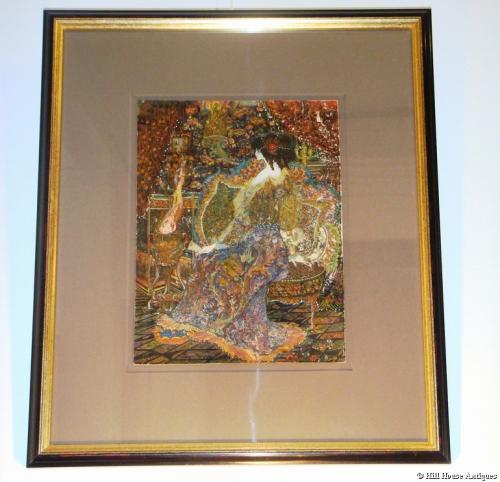