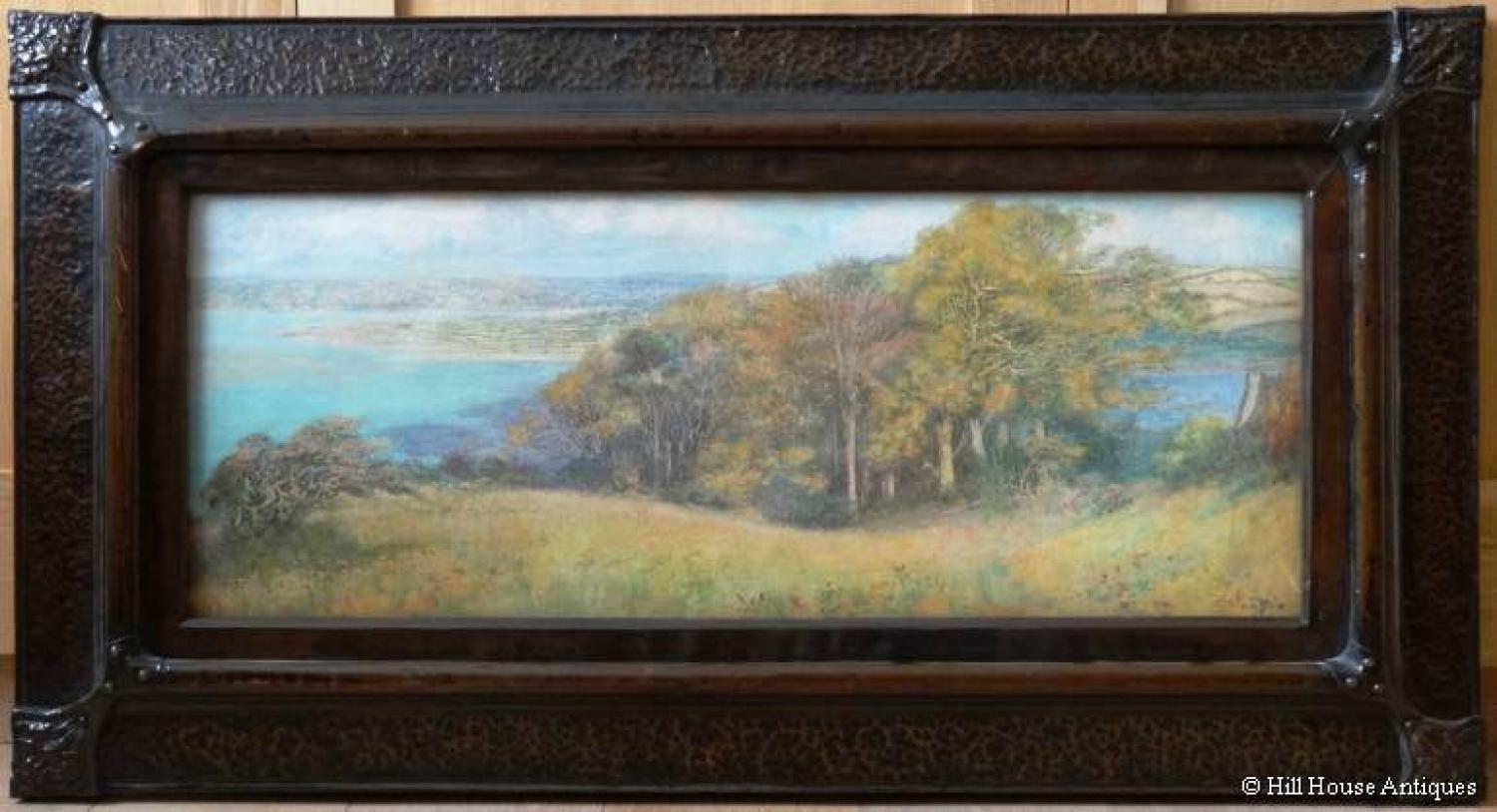 SOLD
A well executed oil on canvas of the River Torridge in Devon by Edward Steel Harper (1878- 1952) in its original hand beaten Arts & Crafts patinated copper frame, which was also crafted by him c1910.  Signed with his unique monogram and dated for 1910.  Original label to back in his own handwriting, with his Birmingham address and instructions to periodically clean the copper frame (thankfully no-one did!)
ES Harper studied at the Birmingham School of Arts, one of the leading art schools in the world at the time; the teaching there being influenced by the Arts & Crafts Movement.  Harper later specialized in landscape painting, using “wet white” techniques, previously pioneered by the Pre- Raphaelite painters.  Later in his career he became a skilled craftsman in both wood and metal (as can be seen from the frame); combining the skills of different media.  His work is signed with a delicate monogram incorporating a harp, in part to distinguish himself from his father, who shared the same initials.
He exhibited at a number of leading venues, including the Royal Academy, Royal Institute of Oil Painters, Walker Art Gallery in Liverpool, as well as the RBSA (Royal Birmingham Society of Artists). His work is represented in the collections of numerous public collections, including Birmingham Museum & Art Gallery.
approx 22” by 41” inc copper Arts & Crafts frame 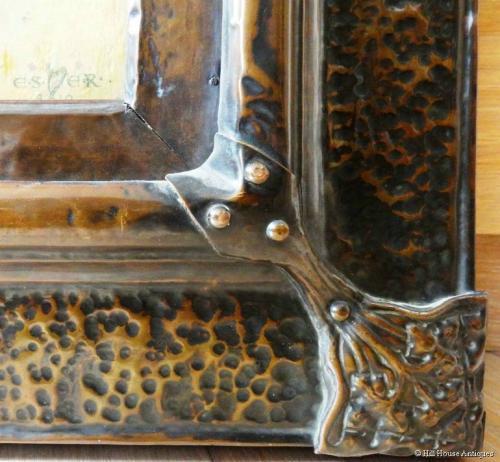 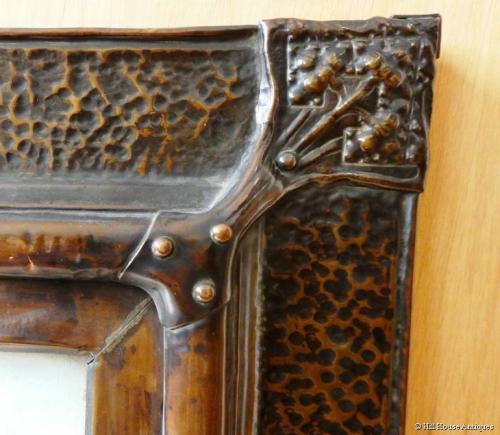