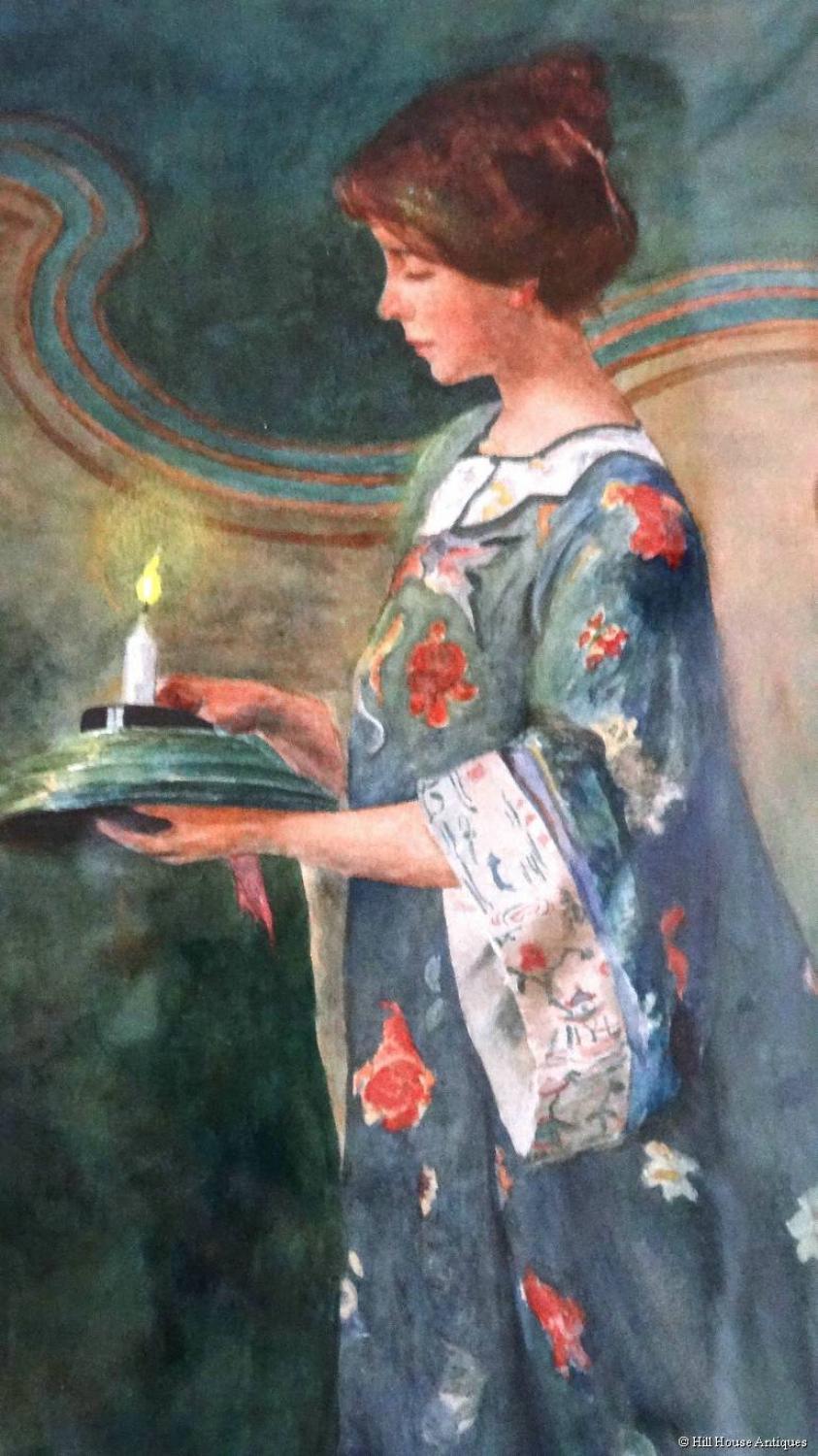 SOLD
A charming Art Nouveau period watercolour of a young girl in a flowing gown/nightdress
in lovely blues and greens, carrying a light, entitled “Candlelight” to frame; housed in what
appears to be its original Art Nouveau/Celtic style gilt painted frame. Monogrammed and
dated “DKR 1909”, for Daisy Katharine Rolls.
Daisy Katherine Rolls is a listed artist who exhibited at least three pictures c1912/13 through the
London Salon (of the Allied Artists` Association); their exhibitions were sometimes held in the
dramatic setting of the Royal Albert Hall. She was born in 1883 and married a Walter E Sich
in 1920 in Marylebone, London. She originally resided in Redcliffe Sq, London but later
moved (after marriage) to Kensington Gardens Sq, W2 followed later in Little Venice,
London W9.
approx 17.75” by 21.25” inc frame. 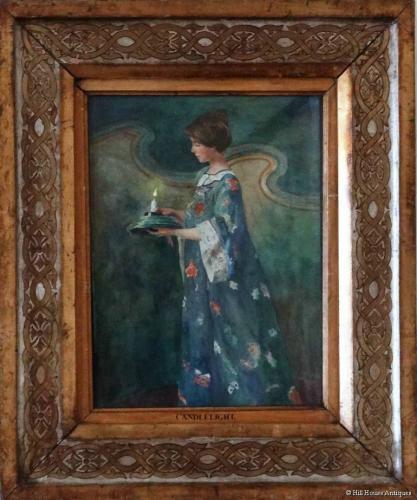 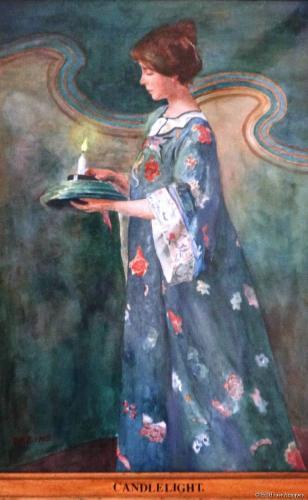