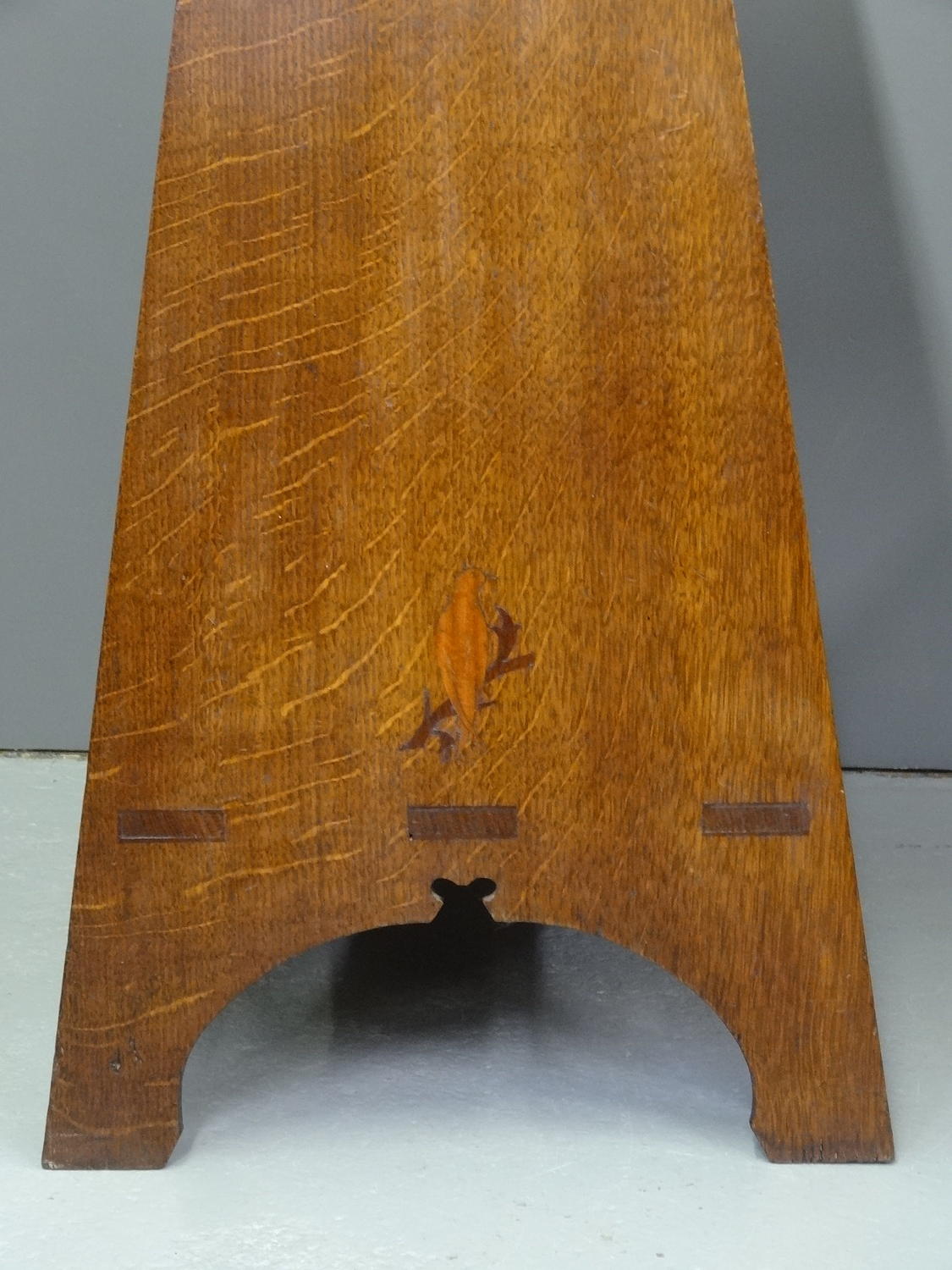 Furniture by AWS with inlay is rather rare and this whole table (a variation of the later Ghyll Head table) is very much in the understated manner of his good friend, the architect-designer, CFA Voysey, who did in fact commission some pieces from Simpson. A similar table we had with stylised leaf inlay (now sold) is illustrated in the recent book by Hugh Wright, " The Beautiful Furniture of The Simpsons of Kendal" page 171 and listed as " CFAV table from Broadleys (now the Windermere Motorboat Club)". Broadleys was a house that CFA Voysey designed.

This superb example is the closest yet, as Simpson here utilises the unmistakeable Voysey design bird inlay that Simpson also used in that documented & beautiful inlaid Voysey designed stationery cabinet; sold for a record price at Lyon & Turnbull auctioneers in Scotland back in 2008 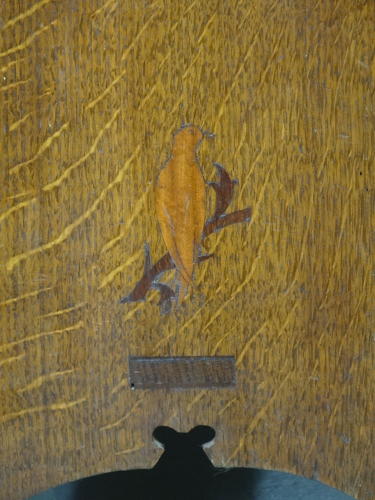 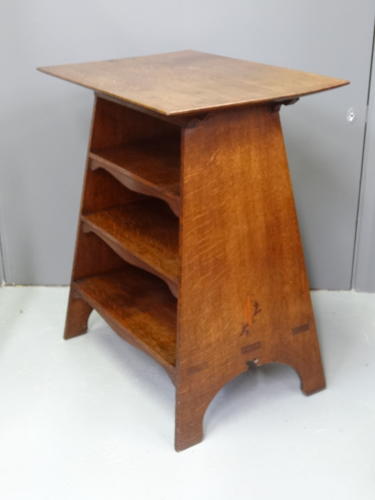 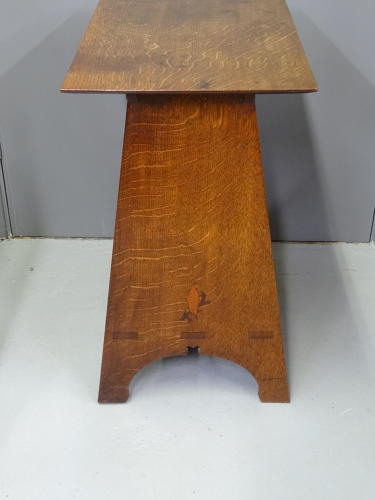 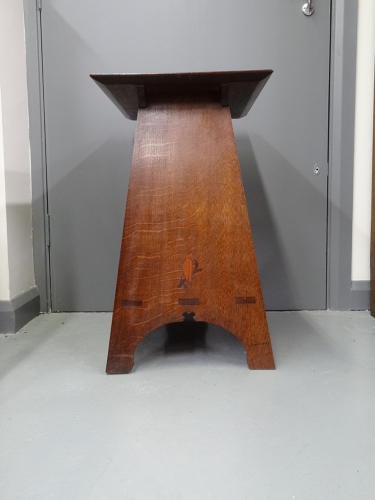 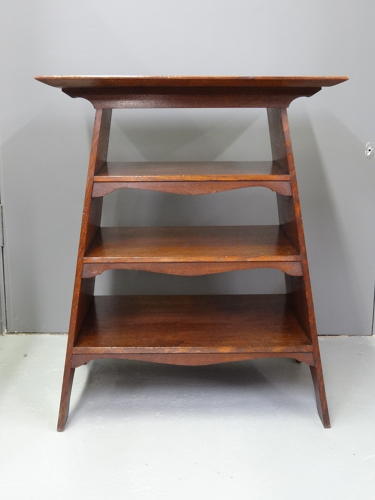 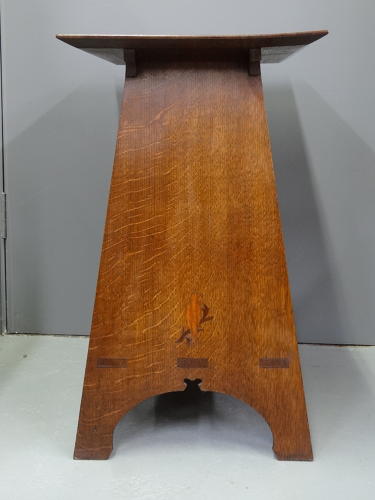 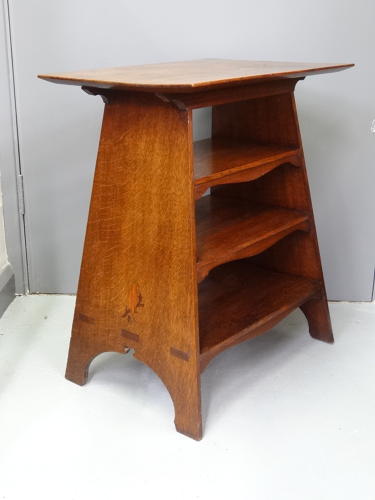