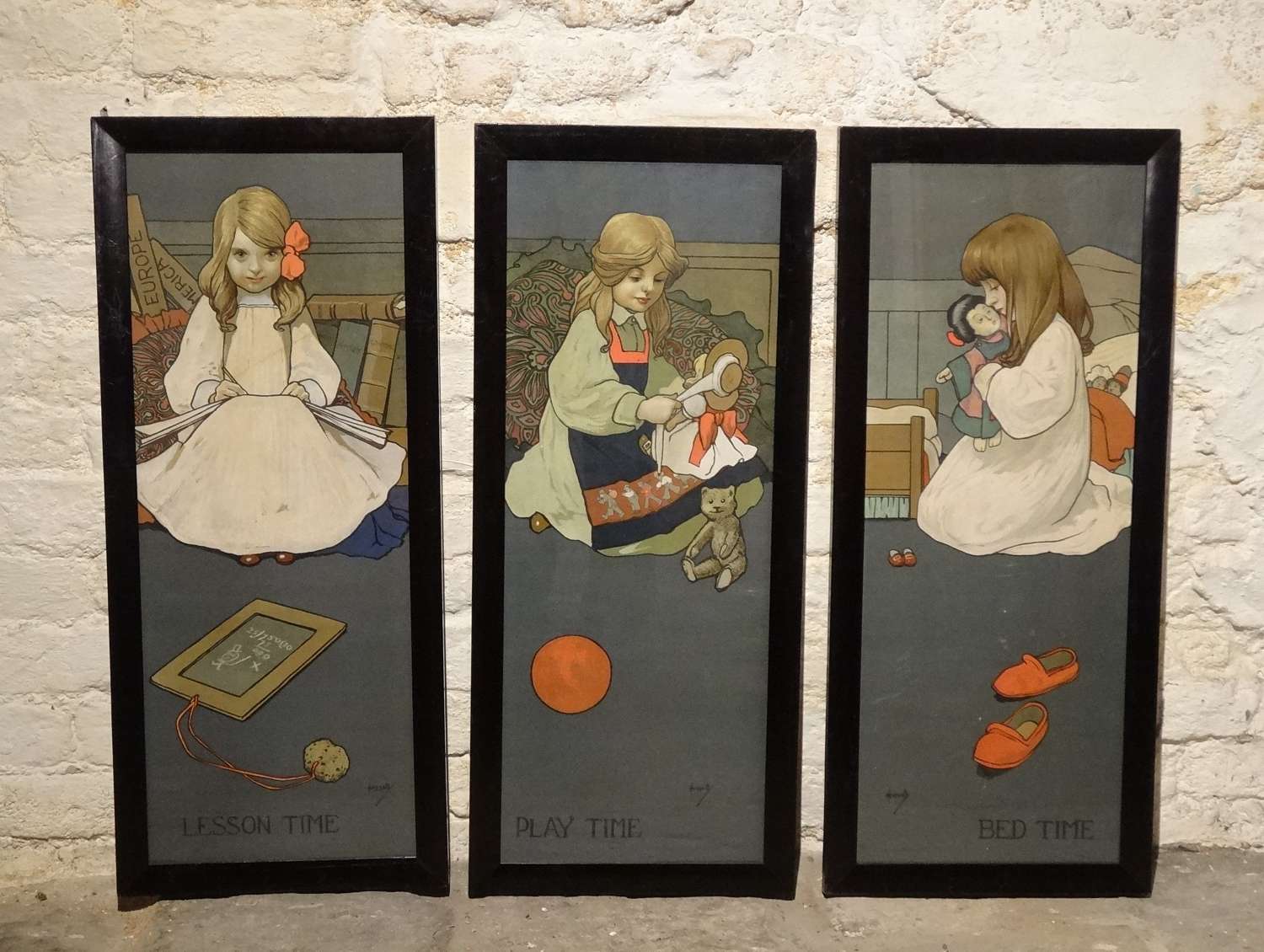 £2,250.00
Recently loaned to the Heath Robinson Museum in Pinner, Middlesex
For their major exhibition on the life and work of John Hassall;
May 22nd to Aug 29th 2021.
A rarely seen (coincidentally this is the second set we have had!) original set of three nursery chromolithographs by John Hassall (1868-
1948); entitled “Playtime”, “Lesson Time” & “Bed Time”, c1900, in their original ebonised frames.
Each approx h: 30” w: 13” inc frames
In 1898, Hassall designed a series of nursery posters and friezes for Liberty & Co, as did
Cecil Aldin. Items such as these rarely survive, as they were originally designed to be
applied onto the nursery walls directly. Examples of Hassall’s (and indeed those of Cecil
Aldin) nursery friezes are held at the Museum of Domestic Design & Architecture (MODA) in
Barnet, Hertfordshire, England
John Hassall was an extremely popular and successful artist/illustrator, having studied in Antwerp
and at the Academie Julian. Whilst in Paris, he first encountered the work of great French poster
artists, such as Alphonse Mucha and this was to have a great influence on his emerging style.
He employed a thick dark line alongside clear bright colours, as can be seen in these friezes. It
was a very bold and flat style that lent itself well for such designs and indeed for advertising,
another area in which he excelled (e.g., the famous Jolly Fisherman in the iconic “Skegness is so
Bracing” poster). He also illustrated numerous children’s books.
He was a member of the the Royal Institute of Painters in Watercolour, the Royal Society of
Miniature Painters and the famous London Sketch Club in Chelsea (he was President in
1903/04). He also opened the New Art School and School of Poster Design in Kensington in
1900. Later in his life (after WW1), he ran a successful Correspondence Art School. 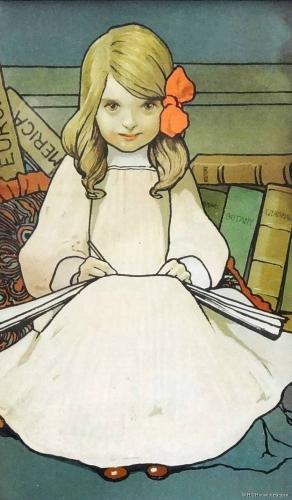