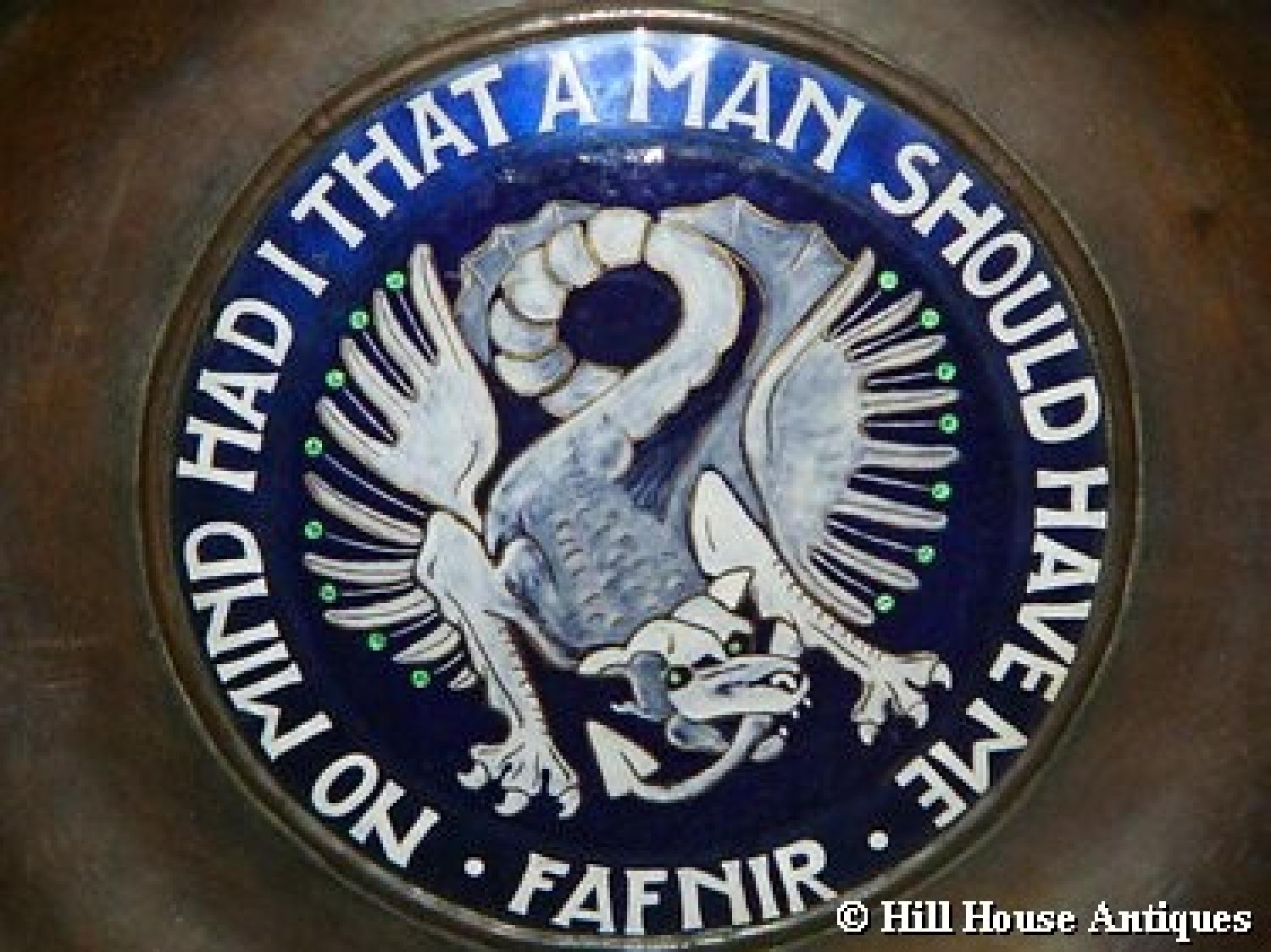 SOLD
A rare and well patinated Arts & Crafts Glasgow School large (approx 19” diameter), copper and enamel charger by Mary Reid Henderson (incised monogramme lower centre). Typical Celtic repousse design of entrelacs and zoomorphic motifs along border with a stunning large central blue and white enamel, depicting the dragon Fafnir.
In Norse mythology, Fafnir was the fearsome guardian of the Golden Ring of Neibelung, as also portrayed in an illustration by Arthur Rackham in the translated version of the book by Richard Wagner in 1911, “Siegfried and the Twilight of the Gods”. Inscribed along the enamel edge is “No Mind Had I That A Man Should Have Me”.
Mary Reid Henderson (1882-1964) was a pupil at the Glasgow School of Art between 1901 and 1908; a painter, illuminator, metalworker, enameller and etcher. She taught at Motherwell, Helensburgh and Stirling. Member of the Glasgow Society of Lady Artists.
Illustrated in, “The Glasgow Style” by Gerald & Celia Larner, plate 127. 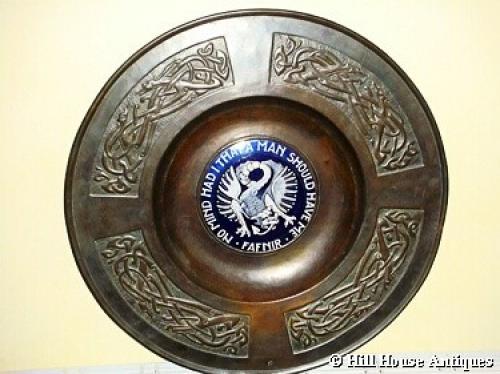 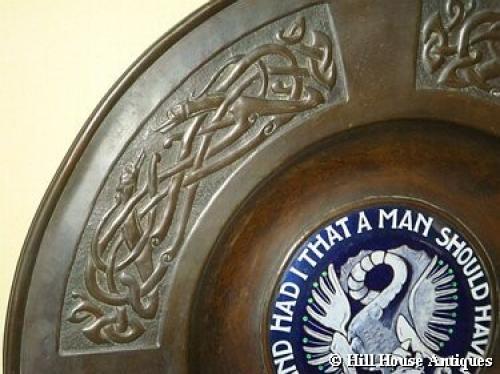