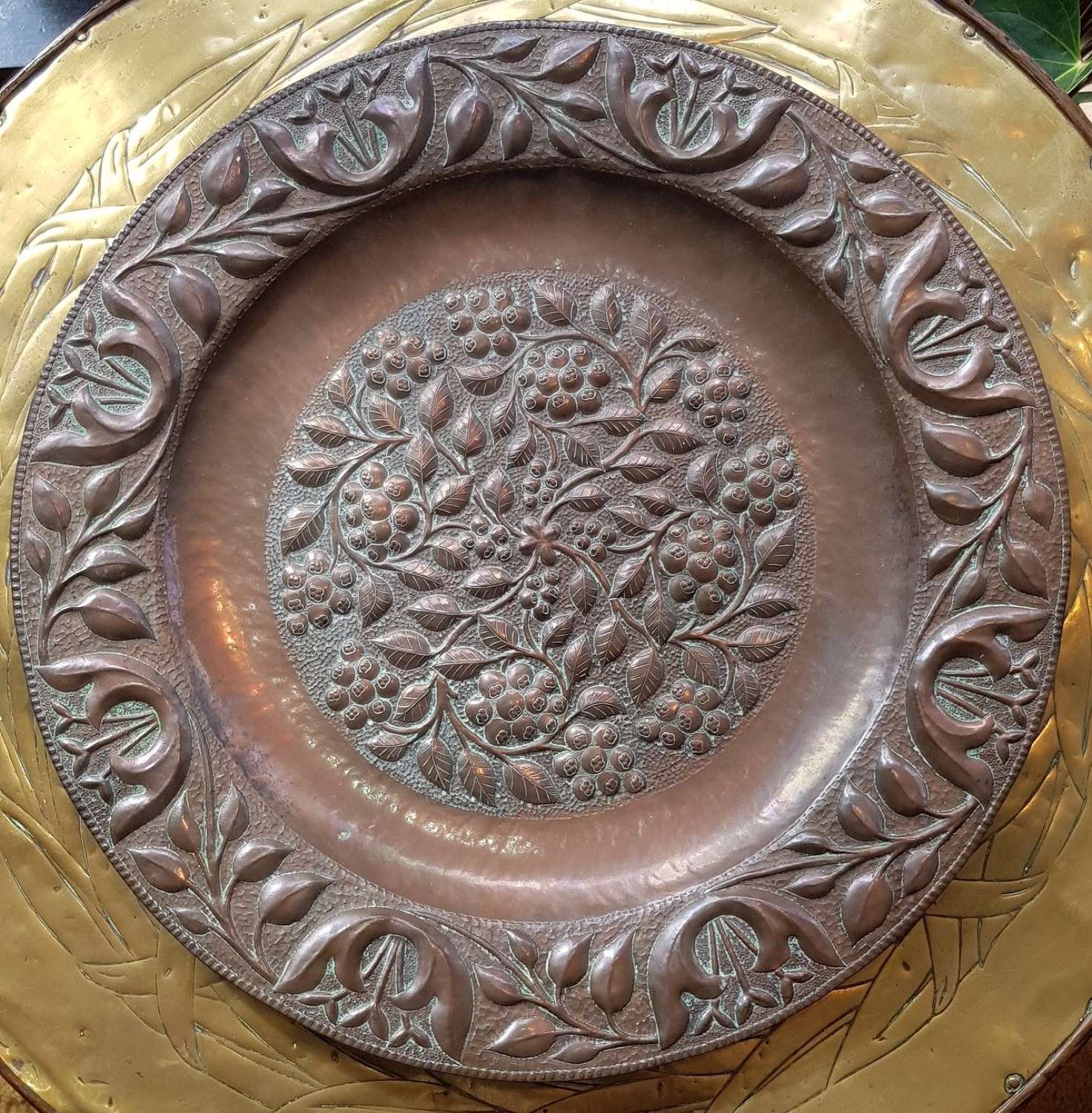 SOLD
A rare, early period, (1890) large copper charger by John Pearson (fully signed and dated to back),
with his typical stylized floral designs.
Diameter: 17”
This is an early (and more important & desirable) work by him, dating from the time he was still at the Guild of Handicraft.
Pearson was one of the four founding members of the Guild, which was started in 1888 by Charles Robert Ashbee.
He (Pearson) was the Guild’s leading metalworker, specializing in repousse work and indeed, some of his work was shown at the 1888 Arts & Crafts
Exhibition. Pearson left the Guild of Handicraft sometime in 1892, whereupon he joined the Newlyn Industrial Class where he remained there about seven years; teaching and helping ensure the success of the Newlyn School. 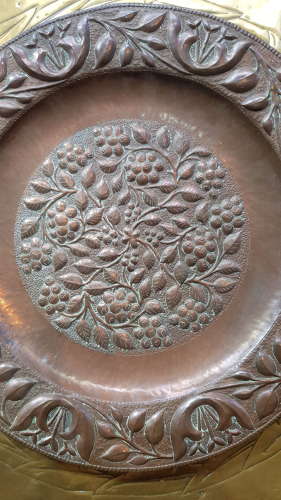 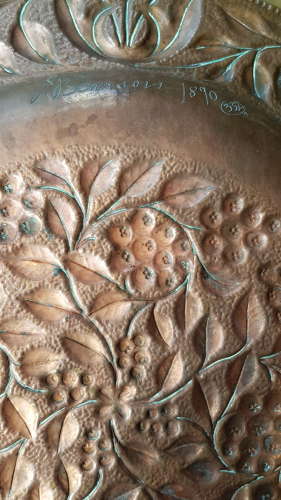 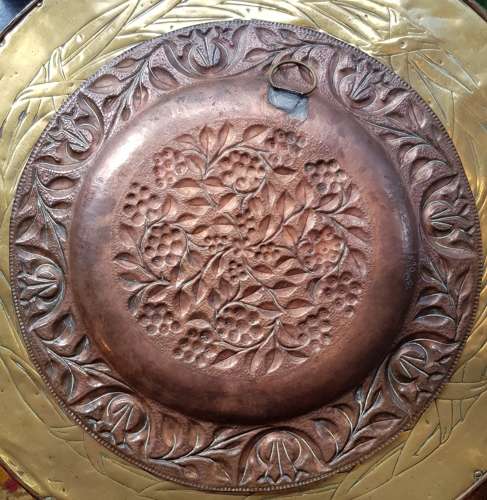