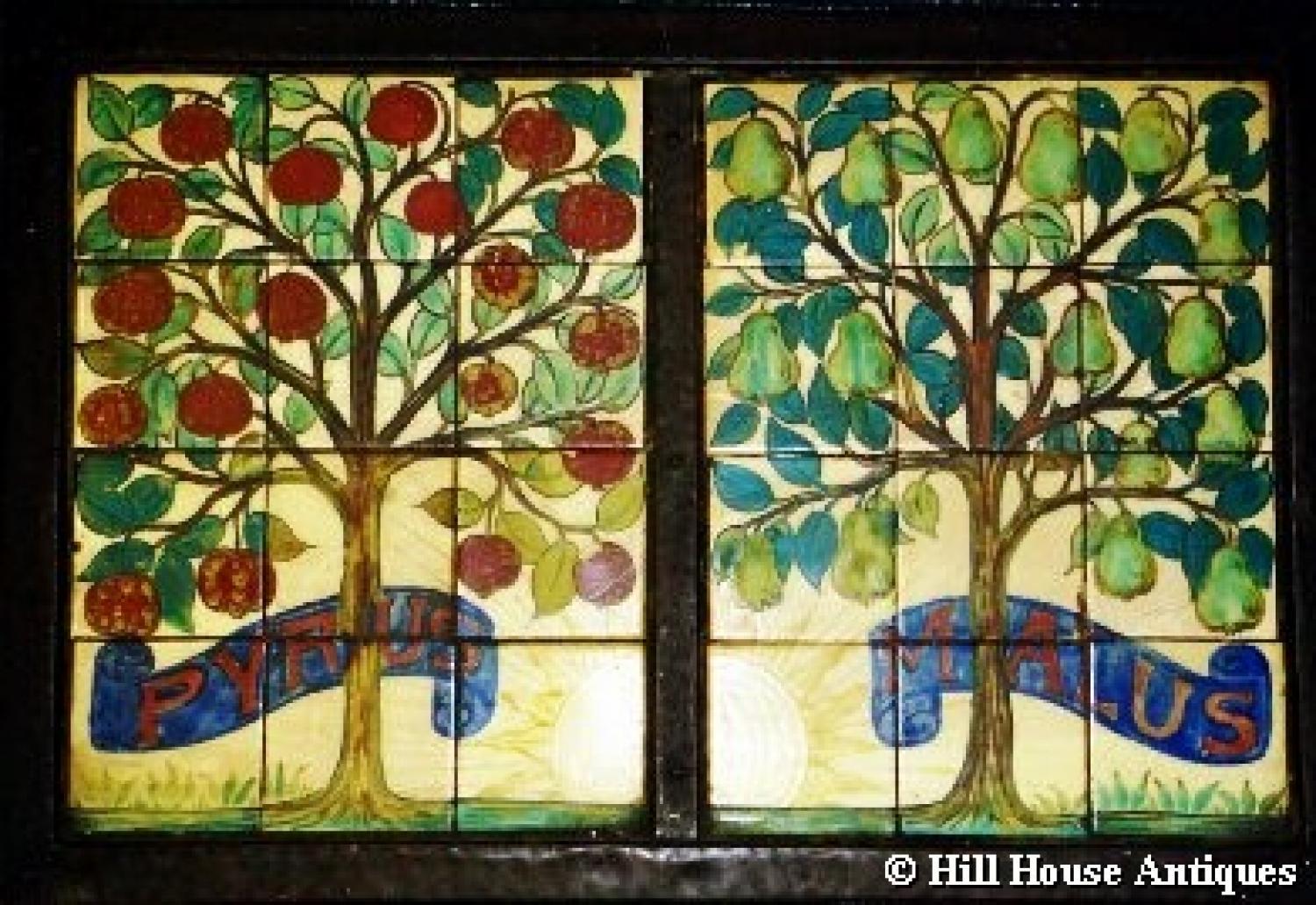 Extremely rare Arts & Crafts painted tile panel, comprising two separate twelve tile panels of 3” thick set square tiles.
One panel entitled “Pyrus” (apple tree) and the other “Malus” (pear tree); the panels being linked by a rising sun; the whole encased in a hammered copper frame.
By John Pearson (1859-1930); celebrated Arts & Crafts metalworker and ceramicist. Punched JP monogramme in roundel to reverse of copper frame; c1900.
John Pearson originally worked with Charles Robert Ashbee at the Guild of Handicraft (and indeed was a founder member), before setting up on his own and also working and teaching metalwork at Newlyn. Also trained with William de Morgan in the early years and indeed his influence can be seen in some of Pearson’s ceramic designs, though John Pearson was somewhat less restrained, more organic/naieve and free flowing with his hand.
Can you spot the deliberate(?) mistake/presumed joke in the tile panel?
h: 14” w: 21” inc frame. 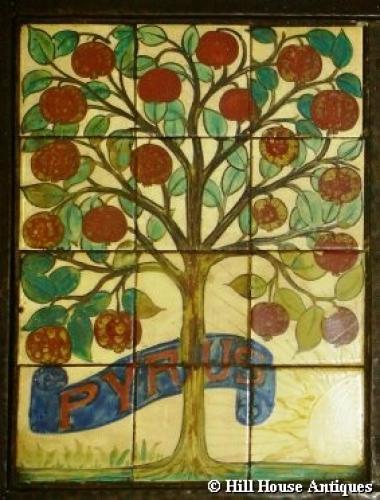 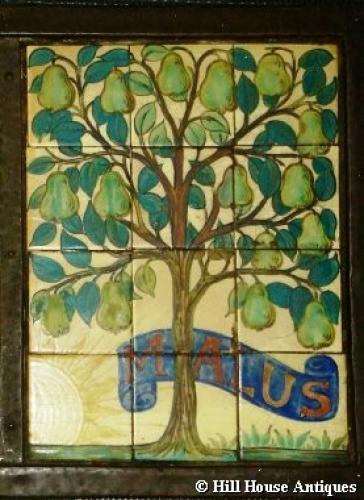