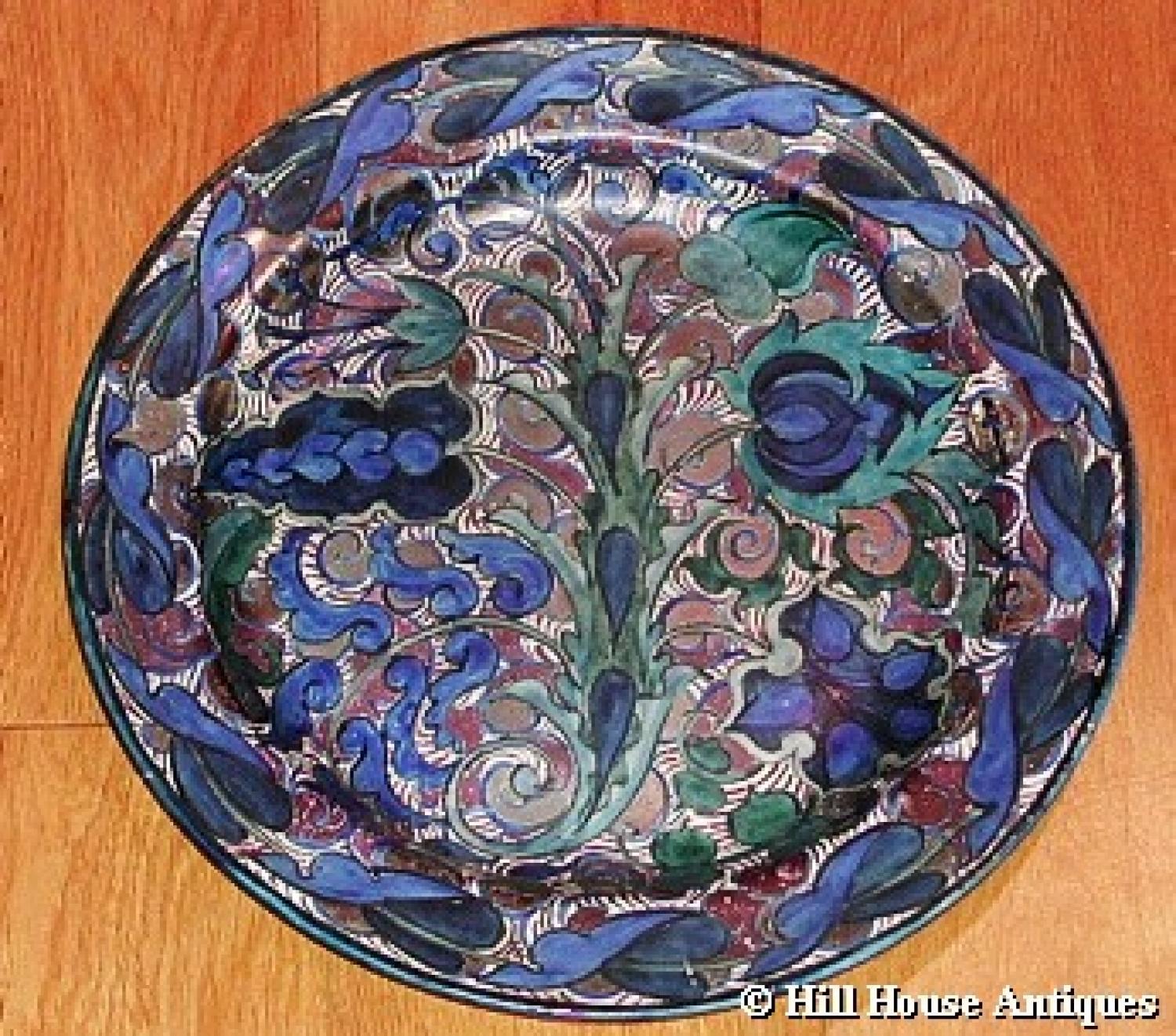 Fine example of a large size (approx 13" diameter)earthenware Arts & Crafts lustre effect hand painted charger by the famous metalwork (predominantly) designer, John Pearson (1859-1930).
He originally worked with Charles Robert Ashbee at the Guild of Handicraft before setting up on his own and also working and teaching at Newlyn. Superbly drawn in his inimitable freehand almost naieve style with typical arts & crafts stylised floral motifs to front and equally superbly painted with fanciful lizard type creature to back.
Very William de Morgan but less restrained (Pearson did train with him in the early years).
Painted monogramme verso. Blue was his favourite colour medium. c1890. 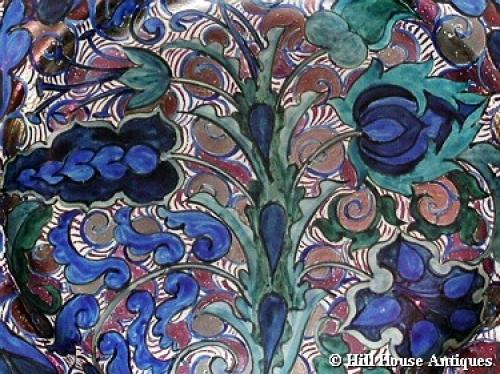 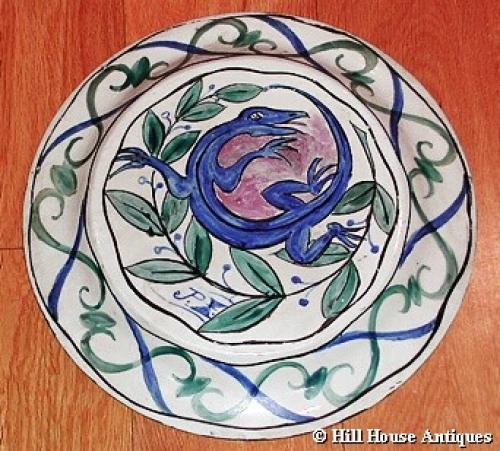