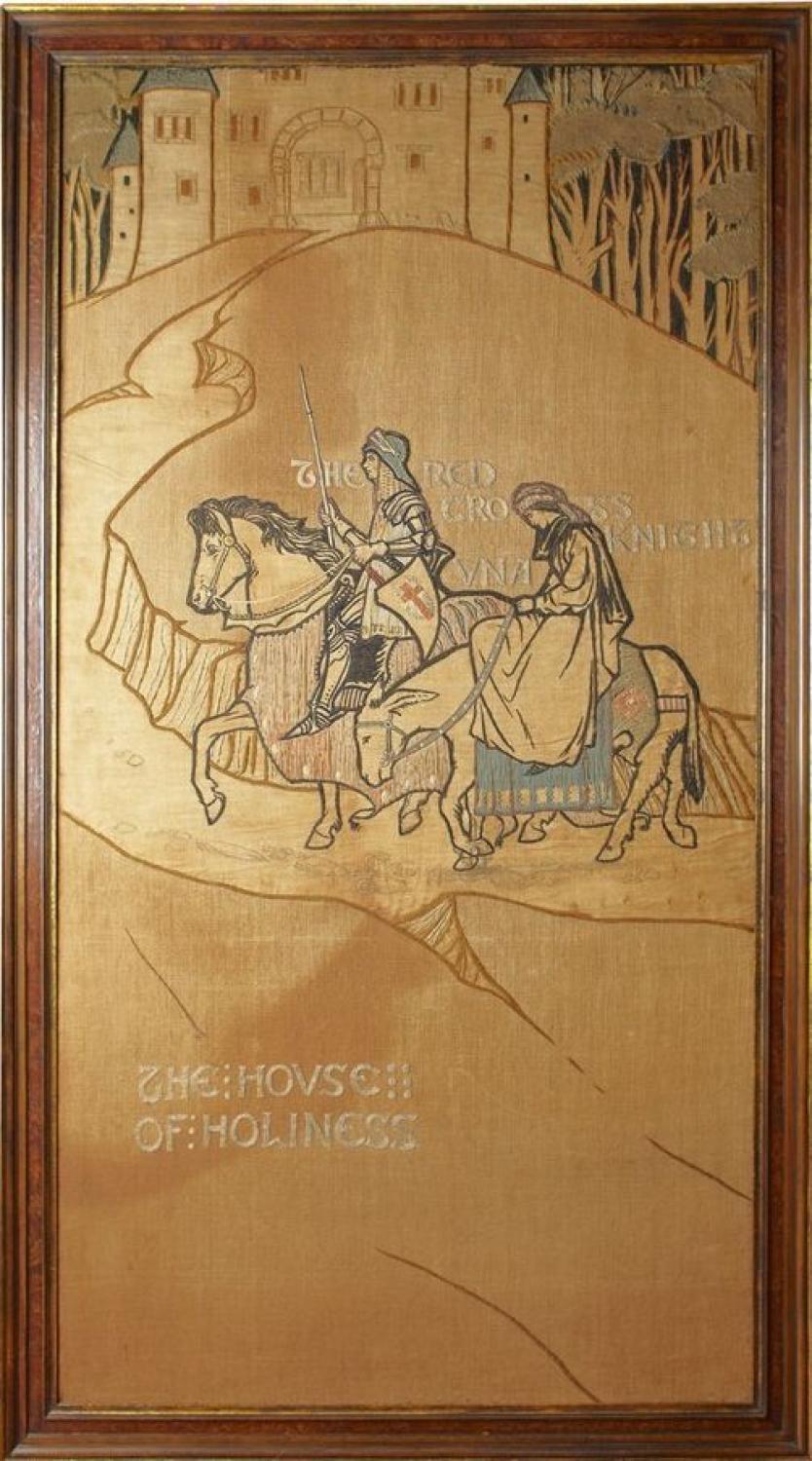 An extremely rare and large pair of Arts & Crafts embroidered textile panels by Mary J Newill; c1899, entitled “The House of Holiness” and “The Wandering Wood”. Each is worked in coloured silks with applied fabric panels on an unbleached linen background. The first is inscribed “Una and The Red Cross Knight” and “ The House of Holiness” and the second panel inscribed “ The Wandering Wood”; later framed.  h: 70” w: 36” each.
It was in 1899 that Mary Newill exhibited this, considered her finest work, a set of appliqué panels based on Spencer’s Fairie Queen, and made by the Bromsgrove Guild of Applied Arts. They were originally designed for the dining room in “Top o’ the Hill”, Edmund Butler’s house in Sutton Coldfield. A set of panels were also later exhibited in Paris in 1901 at the `Exposition Universelle et Internationale` as part of a display by The Bromsgrove Guild.
Mary Newill (1860-1947) studied at the Birmingham School of Art, whence she became an illustrator, stained glass designer and embroiderer, having exhibited at the Arts and Crafts Exhibition Society. She subsequently taught needlework at the Birmingham School from 1892 until 1919, apart from a brief period at the turn of the century when she went to Florence to study tempera painting, just after the article mentioned below appeared The Studio. She had her own studio by 1906 in Great Western Buildings, Livery Street, Birmingham. She was a member of the Birmingham Group, the Arts and Crafts Exhibition Society and the Bromsgrove Guild.
Amongst her other exhibits were a series of embroidered panels for reredos shown at the 5th exhibition of the Arts and Crafts Exhibition Society in 1896. A portion of bed hangings designed by May Morris, and worked by her and Newill is also illustrated in `The Studio Yearbook of Decorative Art` 1917 (p.107).
Reference:   The Studio Yearbook 1899-1900, pages 186-188 and illustrated page190 (see last image)
Textiles of the Arts & Crafts Movement; Linda Parry p 78 where the panels are also illustrated in situ. 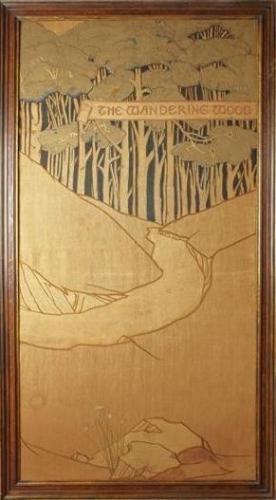 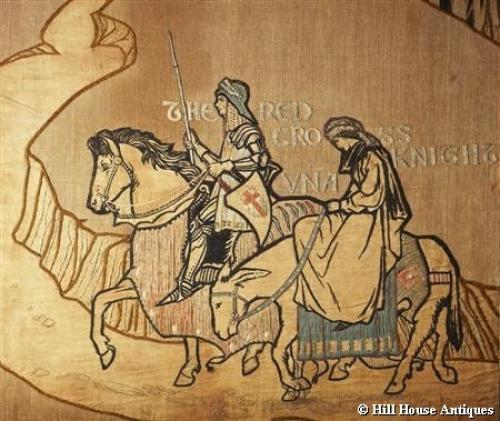 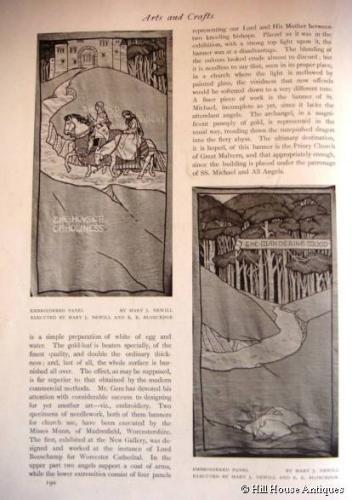