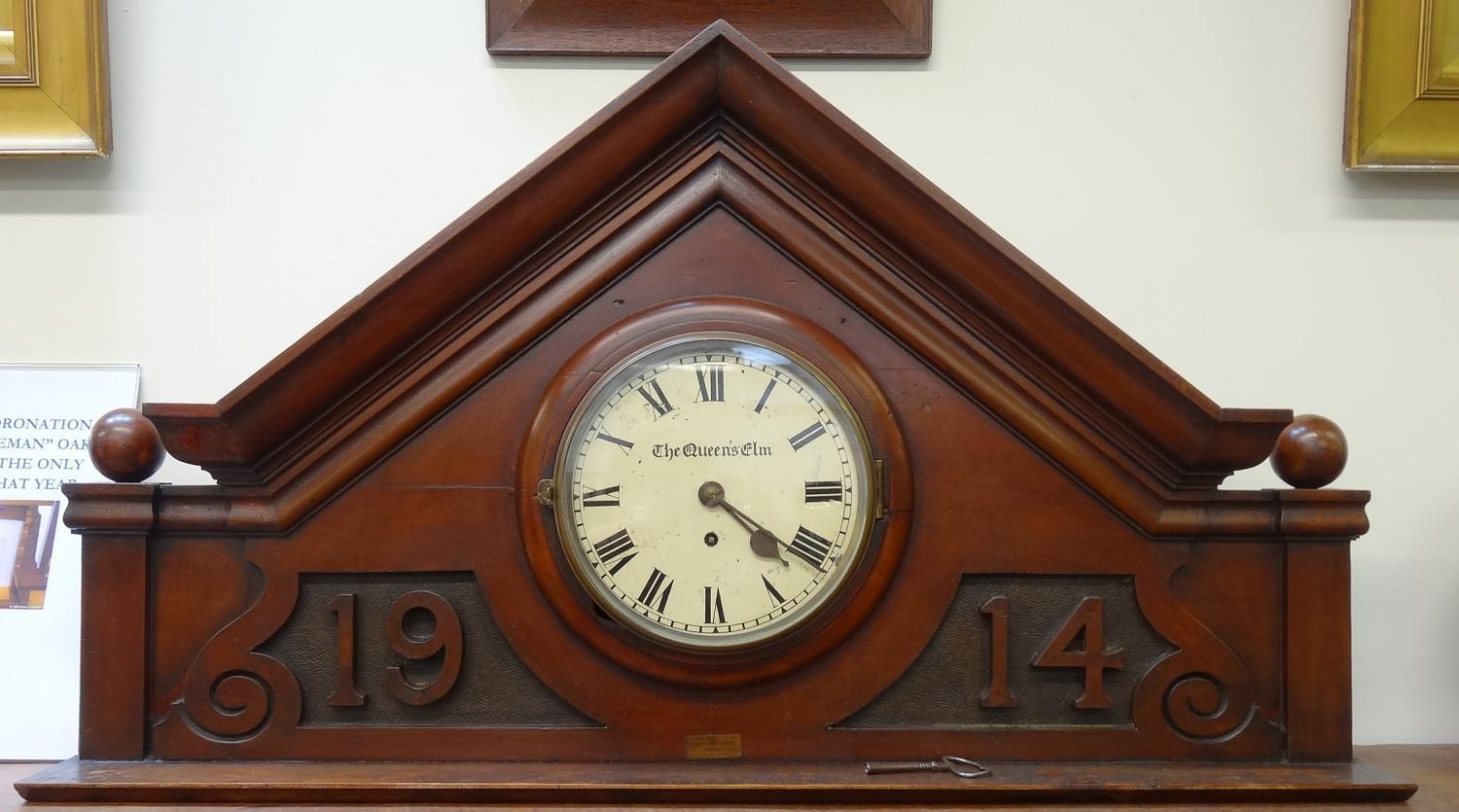 A large 1914 (date carved to front) walnut cased “pub” clock with an English single chain fusee movement.
What makes this an exciting find, is that it used to grace the bar room of the famous Queens Elm public house in Chelsea, London; corner of the Fulham Road and Old Church St; just a few doors up from the famous Chelsea Arts Club.
The clock was acquired by the famous poet & author, Laurie Lee (the  Queens Elm was one of his favourite watering holes) during a refitting and this has come down via his estate.  Laurie’s most famous work was of course, “Cider with Rosie”. It was a tradition that  Laurie would play his fiddle or tin whistle on Christmas Day when the pub was open noon to 2pm.
It appears that in 1914 the pub (which existed in some form or other since Elizabethan times) was either substantially/completely rebuilt or internally completely refurbished and the clock would have been new then. The Queens Elm (as a pub) is no longer, having closed its doors in 1986, shortly after the death of the long serving landlord and author of “A Smell of Broken Glass”, Sean Tracy.
The Queens Elm was, at one time, one of our local watering holes, hence the personal interest element, but more importantly it was where the famous literati and artists of the time gathered. Apart from Laurie Lee and other illustrious London literati, famous names such as the artist Francis Bacon, and the actor Richard Harris, to name but a few, graced the hallowed enclave; and was generally a magnet for Irish émigrés. The pub also featured in the film "The Servant" by Joseph Losey with James Fox sitting in the Saloon Bar talking across the partition to the “servant” Dirk Bogarde in the Public Bar.
2014, a hundred years after this clock was made is especially relevant as it commemorates both the centenary of the beginning of the First World War and the centenary of Laurie Lee`s birth.
Provenance: The estate of Laurie Lee.
Ref: “ The Well Loved Stranger ” the biography of Laurie Lee by Valerie Grove; the clock can be seen in the background of an archive photo of Laurie and friends in the Queens Elm in 1976.
h: 20” to apex w: 35” 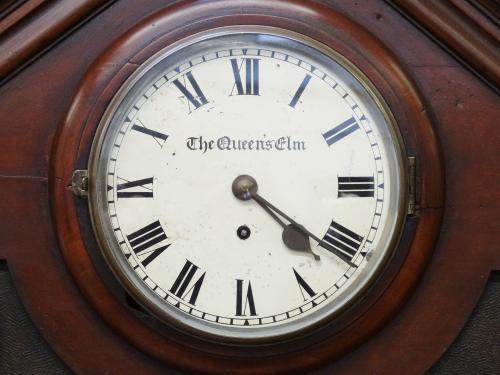