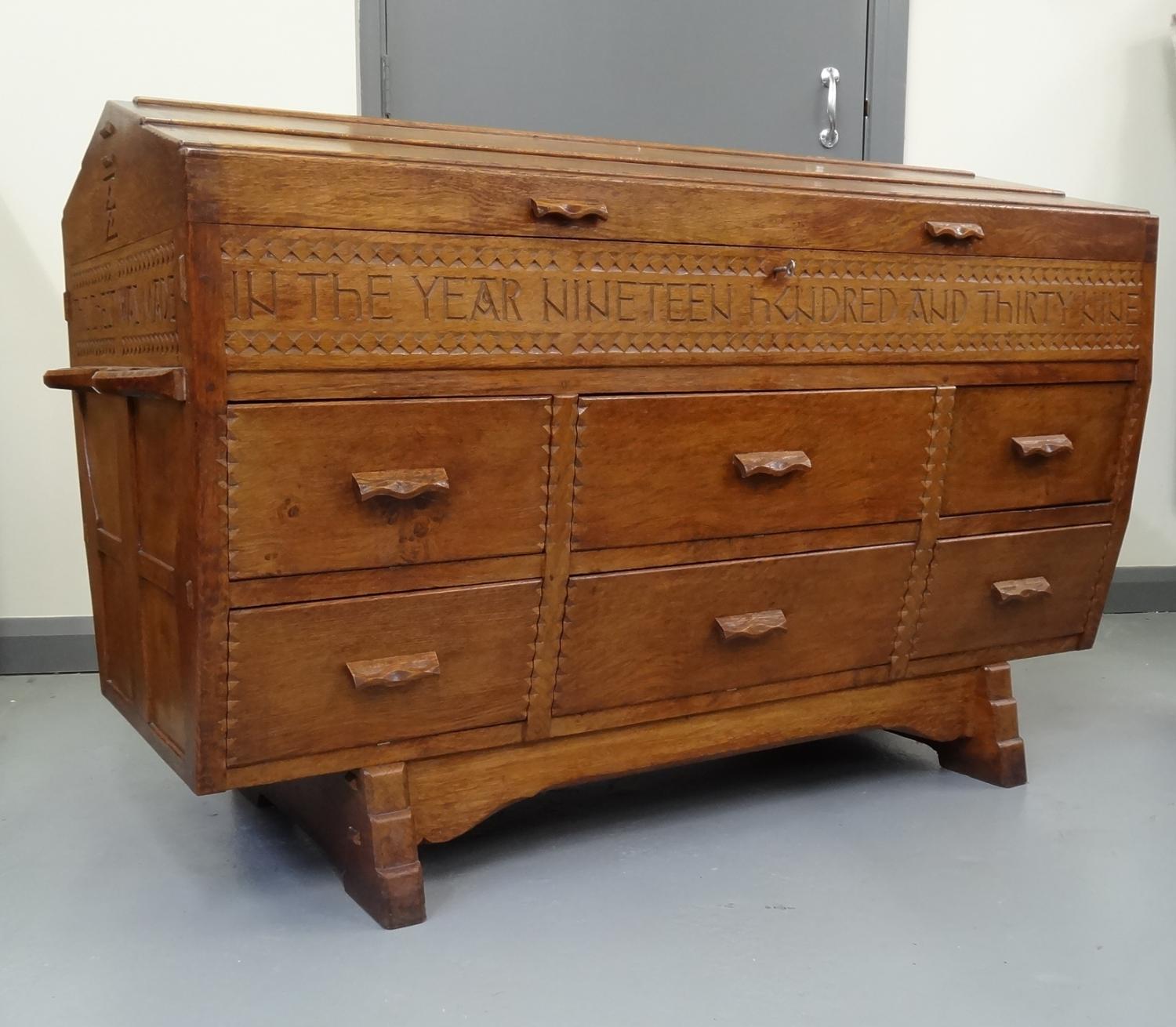 SOLD
An extremely important and very scarce Arts & Crafts Cotswold School "treasure" chest/coffer in English brown oak (which gives rise to it`s unique colour & configuration) by the master Cotswold School craftsman, Eric Sharpe (1888-1966).
Beautifully carved script in Northumberland Capitals that goes all round the chest, indicating where and when the chest was made, in this case in 1939 at Marty Worthy, Hampshire .
Further carved monogramme of Eric Sharpe (Greek Style) and the name of his house/workshop, Thorn.
The drawers run straight through and are accessible from either side.
Approx 52" wide, 30" high and 26" deep.
This actual chest coffer was shown at the 18th Arts & Crafts Society Exhibition in 1941 (Exhibit 44), at The Wallace Collection, Hertford House in Manchester Sq, London W1, where it sold (or possibly shortly thereafter) to a Mr Neville Brand, for the princely sum of £52 10s.
A similar earlier, but plainer, chest was made in 1936 and exhibited at the Jubilee Exhibition of Arts & Crafts at Burlington House, London  in 1938) where it was subsequently purchased by Lord Rothermere (illustrated in " Handmade Woodwork of the Twentieth Century" by AE Bradshaw p 41).
Eric Sharpe was originally a pupil of Arthur Romney Green in Hampshire for about eight years, and later became a designer craftsman working on his own (hence the extreme scarcity of his work), setting up his house & workshop, Thorn, at Martyr Worthy in Hampshire. Amongst his important commissions was the casket presented by The Corporation of London to the Prime Minister, Sir Winston Churchill in 1943.
My thanks to James Arnold, Assistant Keeper at Abbott Hall Gallery in the Lake District and to Andrea Gilbert, Librarian & Archivist at The Wallace Collection, Hertford House, London, for their kind assistance with the research. 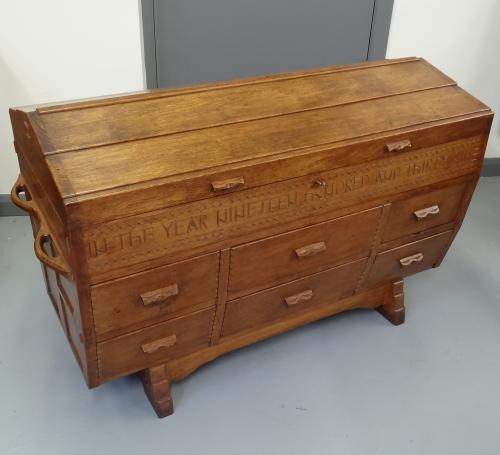 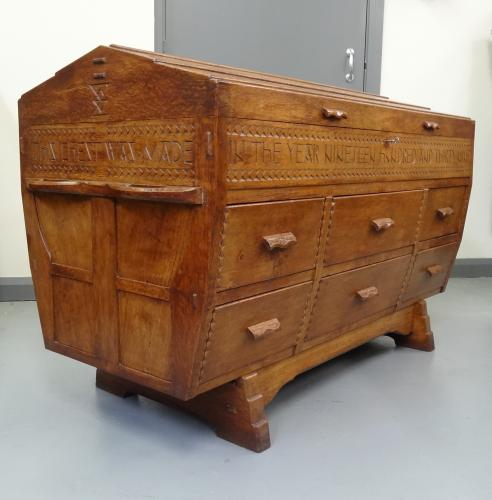 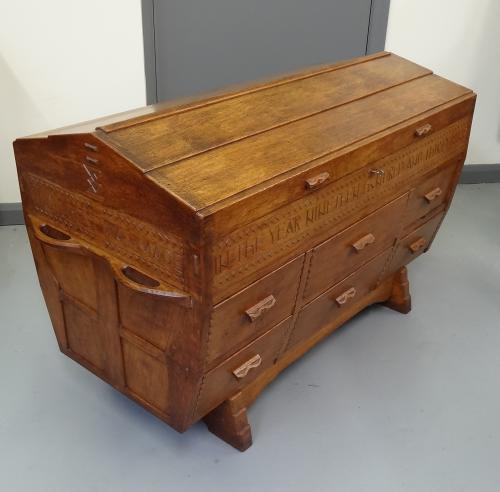 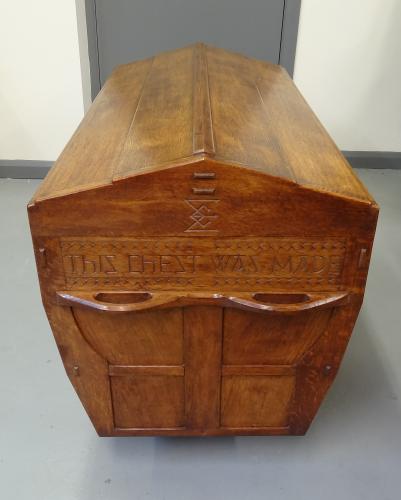 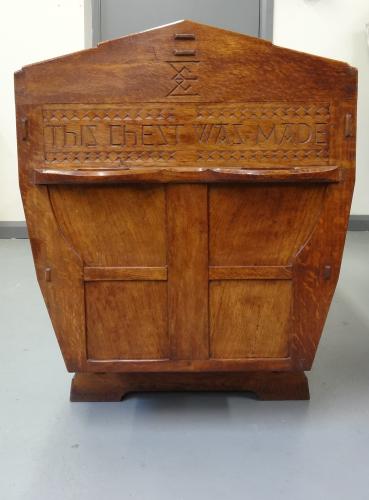 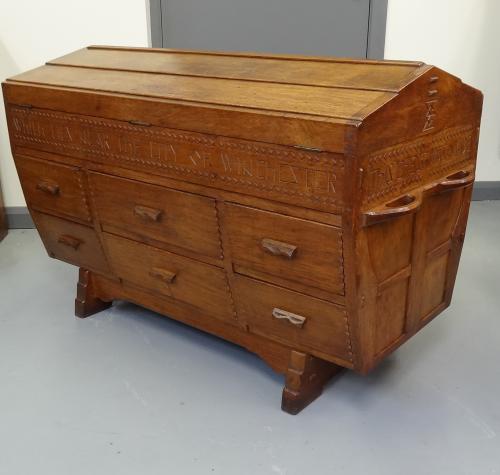 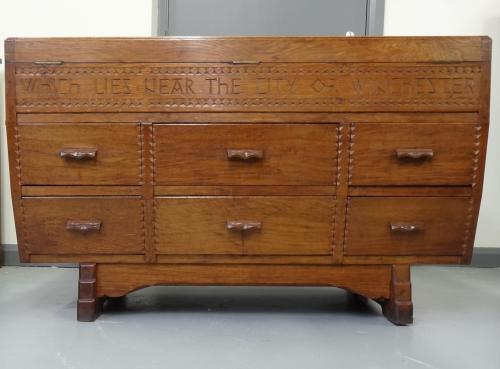 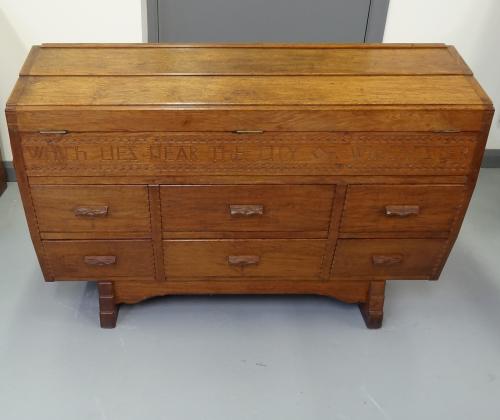 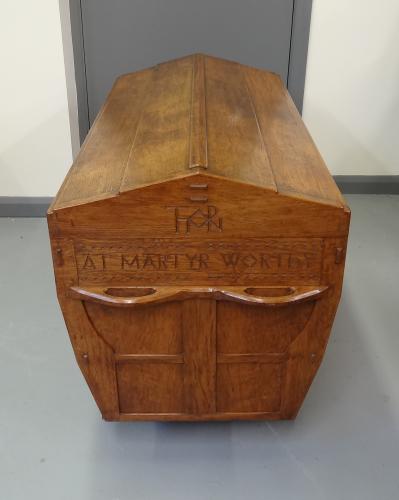 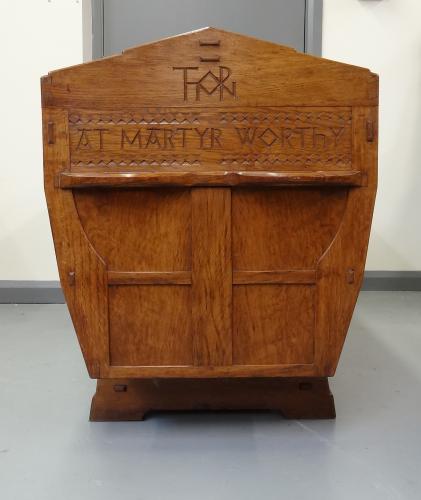 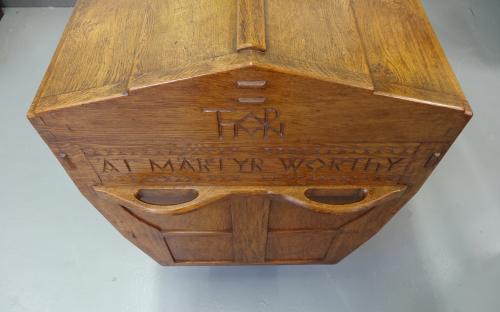