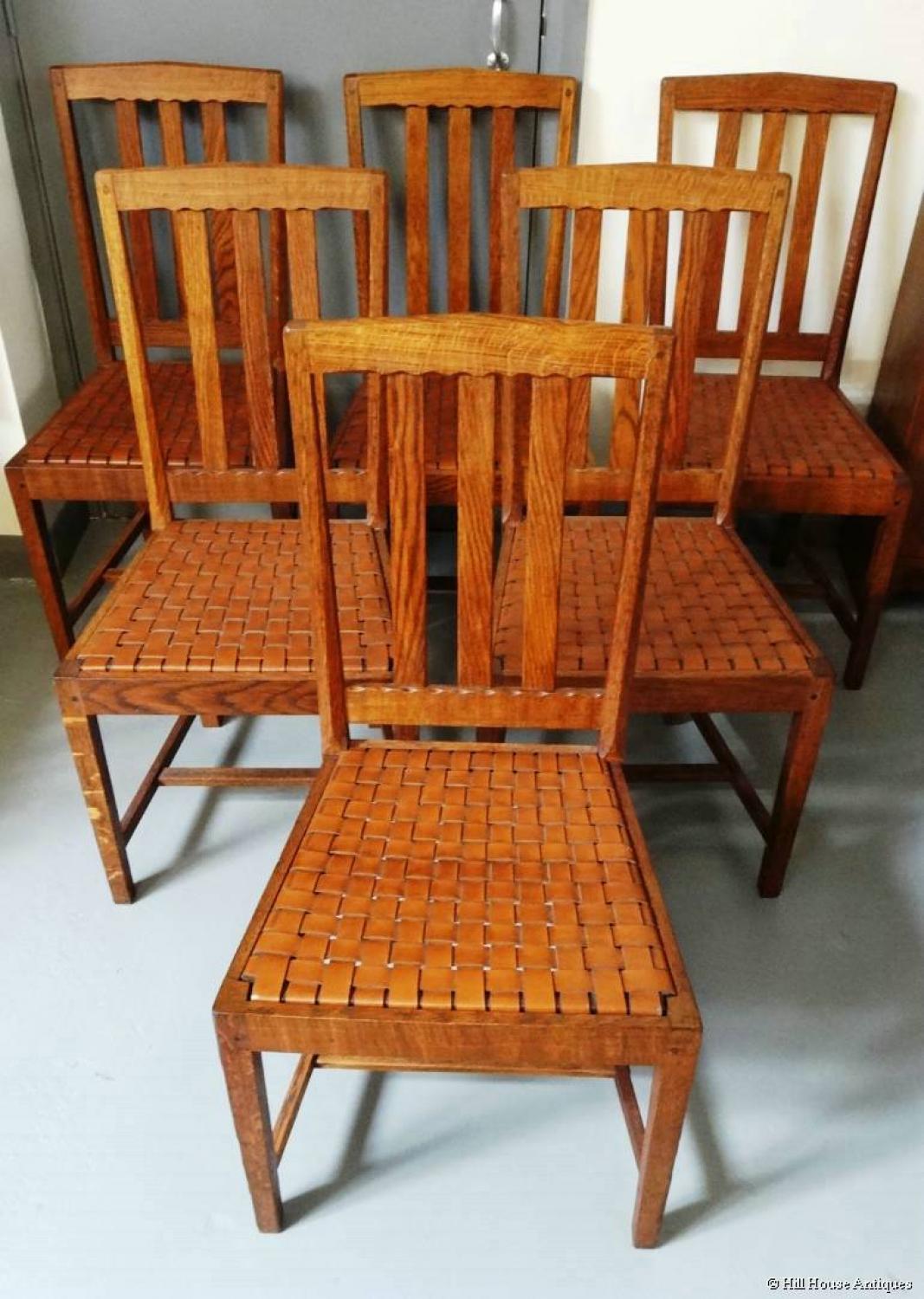 SOLD
A superb set of six oak Cotswold School early period dining chairs by Stanley Webb Davies of Windermere c1929.
These are the matching chairs (available separately or with the SWD No.1 dining table on our website, that they came with;
ref 10156)
Equally high quality construction, having a slightly shaped upright back, with a chamfered top rail and chip carving to the underside. Interlaced leather drop-in seats; as per the original design (the seats recently re-leathered). The chairs are raised on simple square tapering legs joined by an H-stretcher showing a revealed tenon.
Each chair has the Stanley Webb Davies  cartouche/monogramme; also dated for 1929.

Stanley Webb Davies originally served his apprenticeship with  Arthur  Romney Green  in Hampshire in 1920. In 1923 he set up in Windermere, where he built Gatesbield, his workshop and house where he went on to design and make furniture until 1960. This dining suite originally came from a house in Gatesbield in the same road that Stanley Davies  lived. 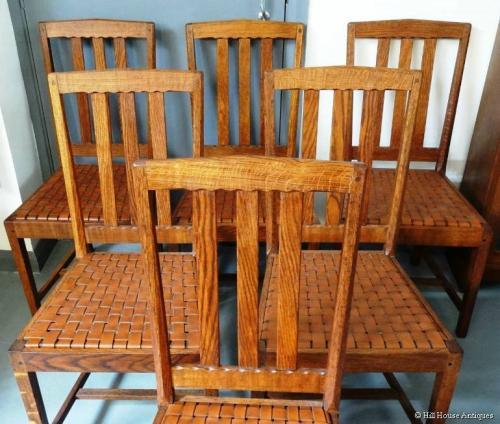 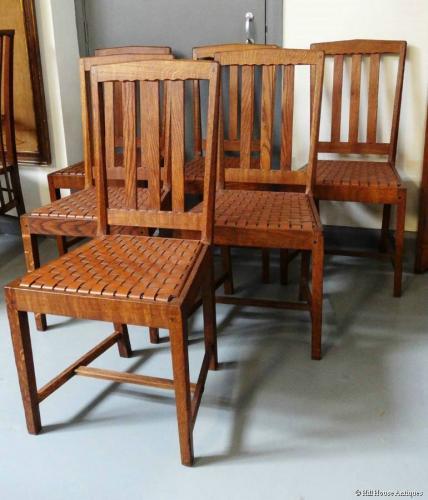 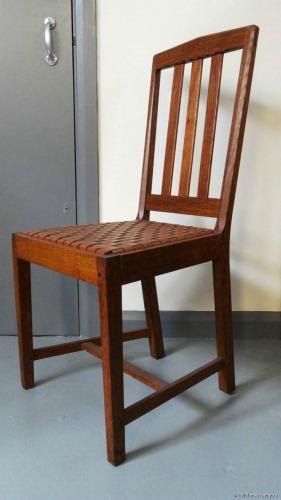