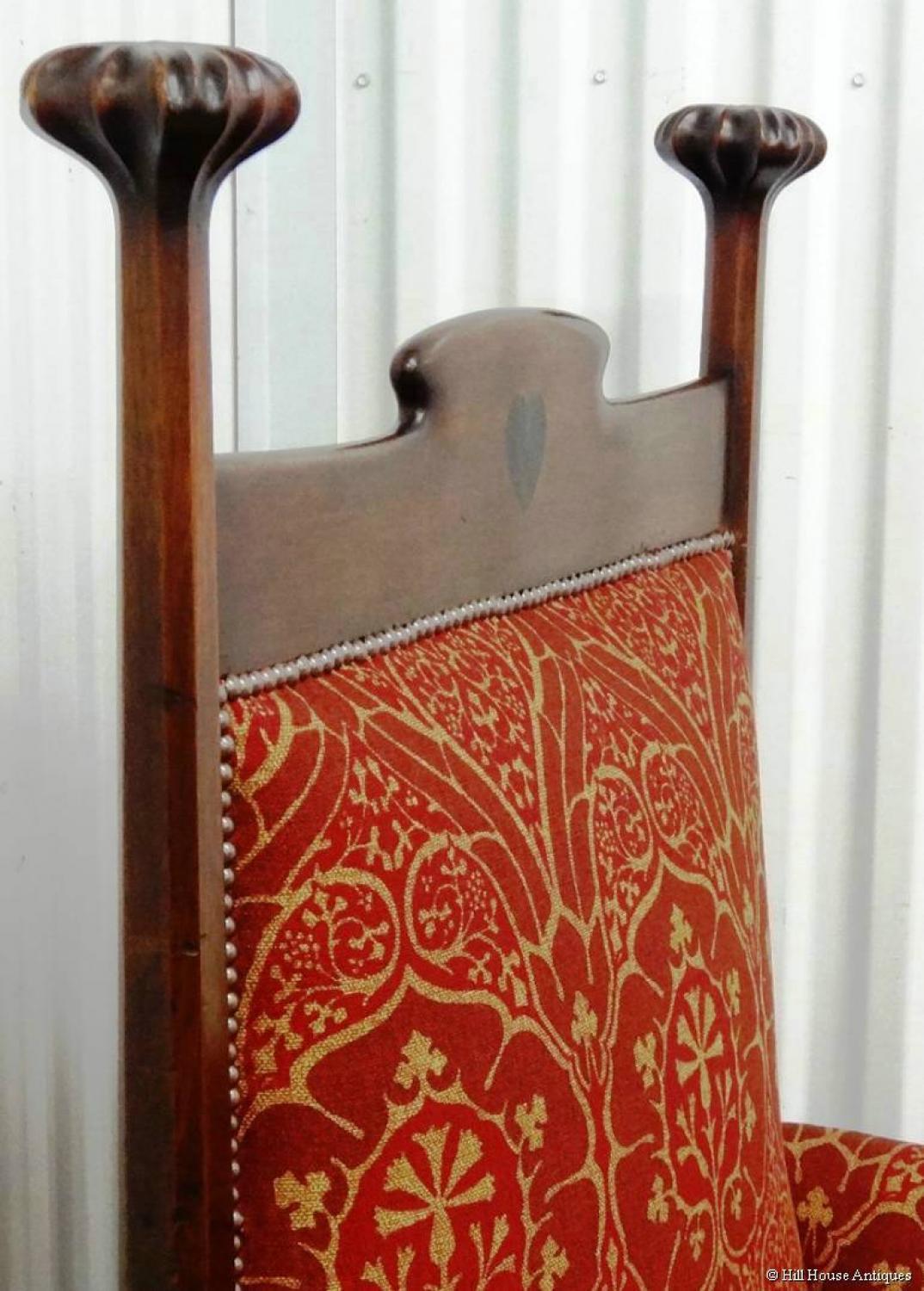 SOLD
An extremely rare throne-like armchair of large proportions, with Voyseyesque uprights to
back and front legs, terminating in carved floral-like finials, by the British architect-designer,
Walter Frederick Cave (1863-1939); c1899.
Ebonised inlaid heart motif to top back; newly re-upholstered and recovered in Sanderson “Voysey” fabric.
Walter Cave was educated at Eton and then studied art at the Royal Academy Schools followed by architecture under Arthur W. Blomfield. He set up his practice in London in 1889 and joined the Art Workers` Guild.
A famous piano design by him for Bechstein and retailed by Maple & Co at the time, was shown at the Arts & Crafts Exhibition Society, of which Cave was later president in 1893, and in subsequent exhibitions he showed chairs, metalwork and textiles.
At one point he took over one of Voysey`s architectural commissions and later other Voyseyesque houses ensued, but his later style was more in the French Renaissance manner of Reginald Blomfield (nephew of Arthur).
An almost identical version of this armchair designed by Cave and made by R Nash was exhibited at the 1899 Arts & Crafts Exhibition along with other pieces by him and Mrs Cave.
Ref: The Studio 1899 Vol II p. 181
Architect–Designers Pugin to Mackintosh; Fine Art Society Ltd exhibiton
catalogue May 1981, exh 47
h: 48" d: 31" w: 29" 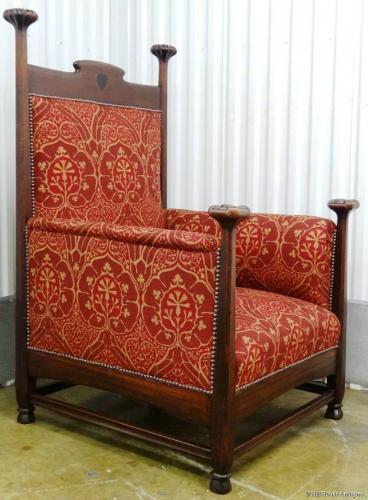 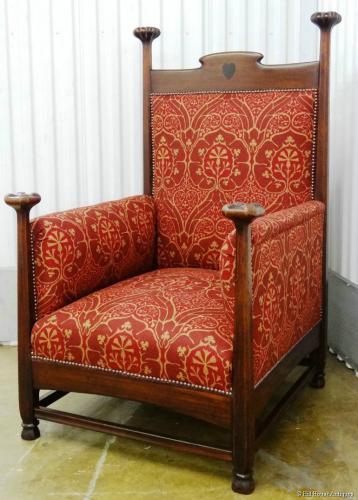 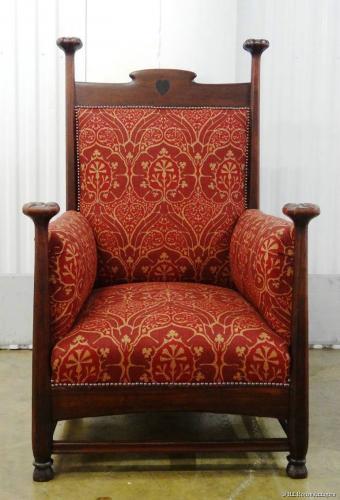 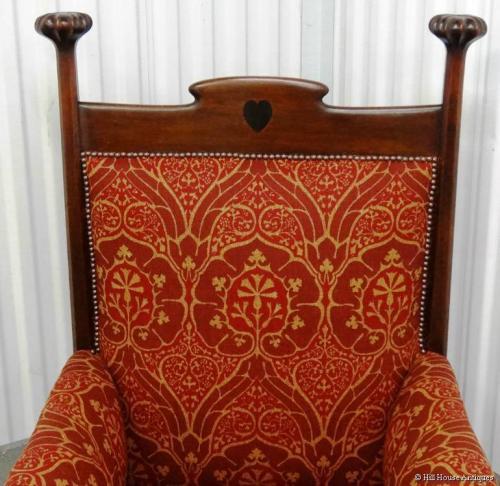 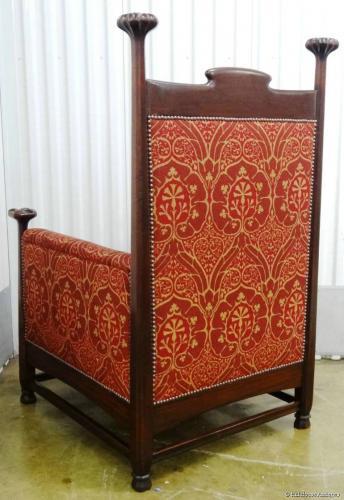