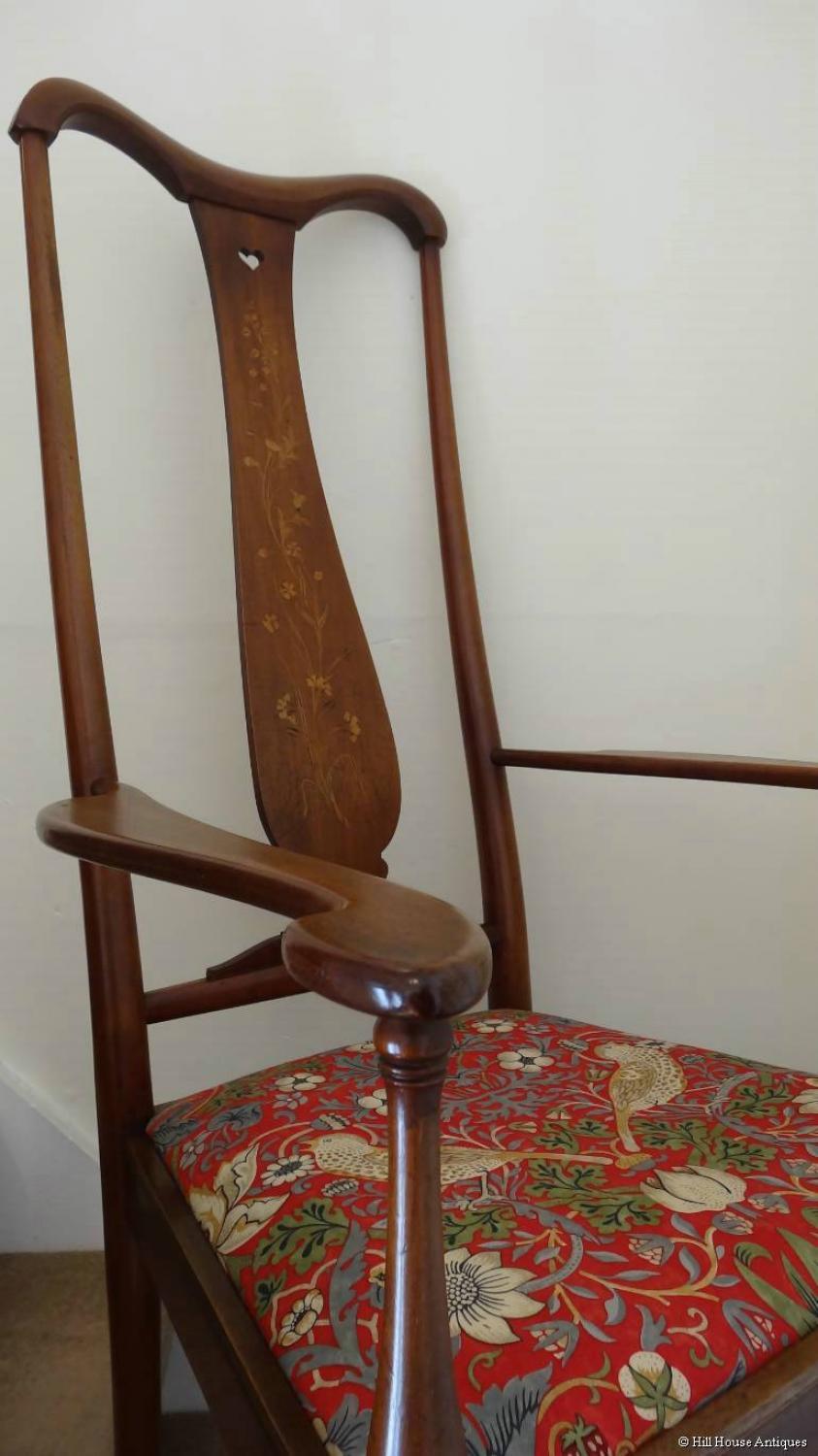 SOLD
A fine and elegant “Brussels” armchair; designed by the Glasgow architect-designer, George  Walton (1867-1933); c1900.
Moulded serpentine top rail with pierced central heart, above a tall baluster shaped splat inlaid with a marquetry design of wild flowers;
shaped arms on ring turned baluster supports with turned and tapering legs with flared feet.
The “Brussels” armchair was first designed for Wyncroft House in Kent, as part of a dining suite commissioned for the house. However, Walton later used the same design for the
Kodak showroom in Brussels and exhibited in Glasgow at the 1901 International Exhibition. He also used this design for some Liberty & Co bedroom furniture.
By 1897 Walton had moved to London where he met a George Davison at a photographic exhibition. Davison had been Assistant Manager of Eastman Photographic Materials Co at
the time and was appointed Managing Director when the company became Eastman Kodak. As a result of this earlier connection, Walton received commissions to design the
Kodak showrooms both the UK and Europe.
Ref: “George Walton: Designer and Architect”, by Karen Moon; Oxford 1993, p 104, pl. 137
h: 48", d: 22", w: 24" 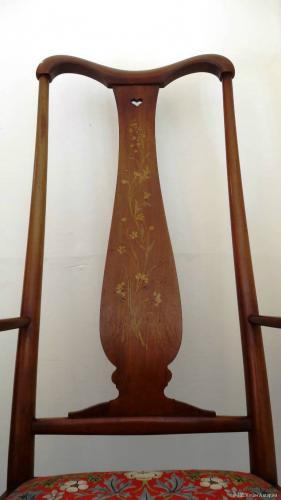 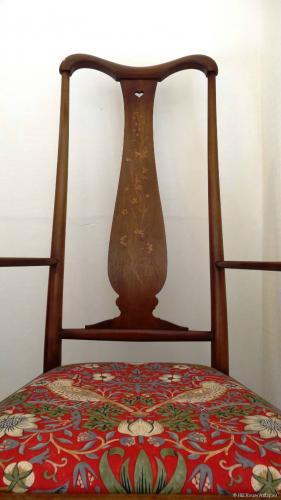 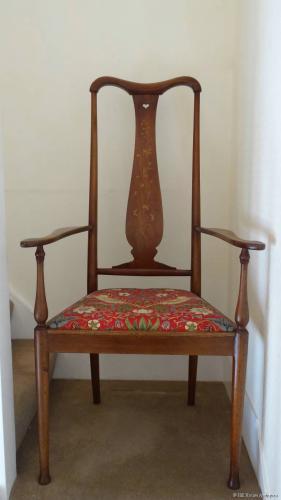 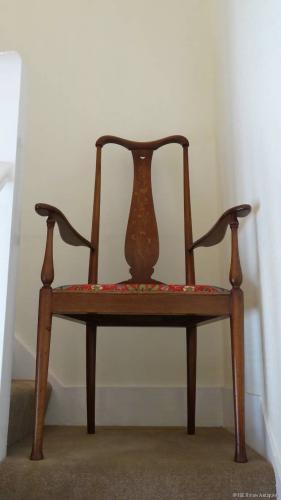 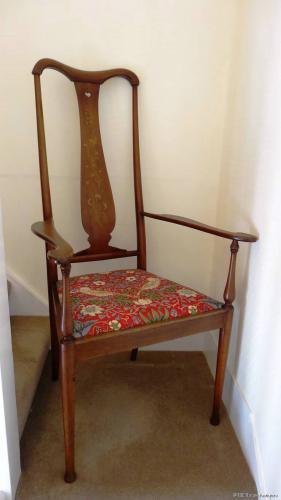