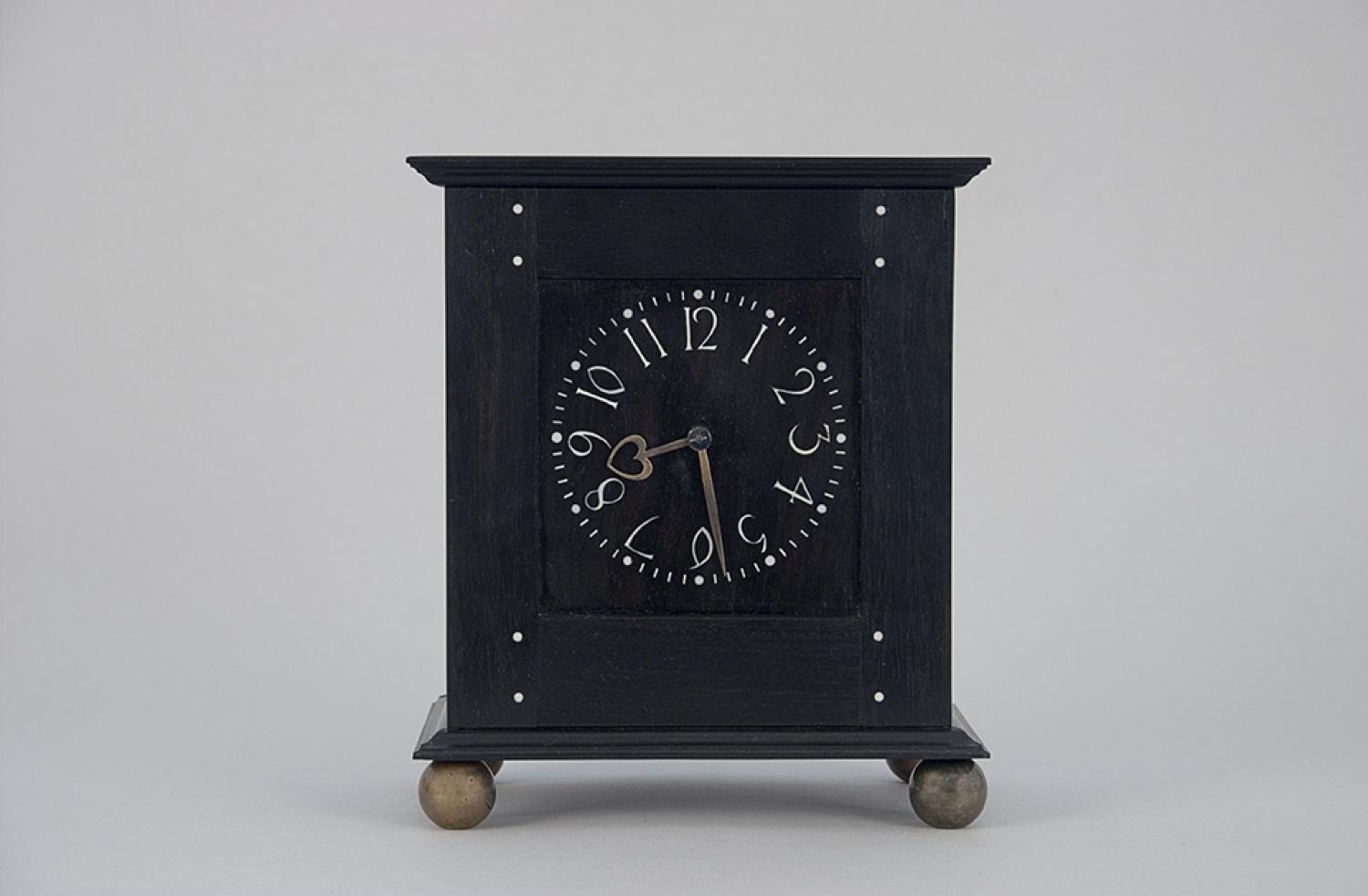 This is THE original clock; a one-off commission; c1921, for his client CT Burke of
Holly Mount, Buckinghamshire; his Voysey designed house.

This actual clock, and indeed a few other pieces of furniture including an oak table we have (table now SOLD), were made to CFA Voysey`s designs by the top Cotswold School cabinet maker, Peter Waals (1870-1937), previously Ernest Gimson`s foreman.
Waals later set up his own workshops in Chalford, Gloucestershire after Gimson`s death in 1919.

An earlier version of this clock (made for him by the London firm of FC Nielsen),
with three upper graduated tiers,is held at the Geffrye Museum in London (link below):
https://collections.museumofthehome.org.uk/object16586

Commissioned pieces are the scarcest of items designed by CFA Voysey, and rarely, if ever, come on to the open market.

The last clock ever designed by him.

Further comprehensive information, including documented references and drawings, is available on application. 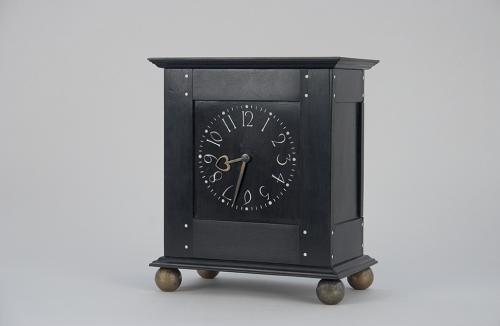 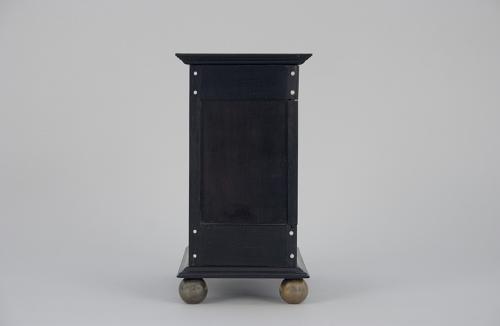 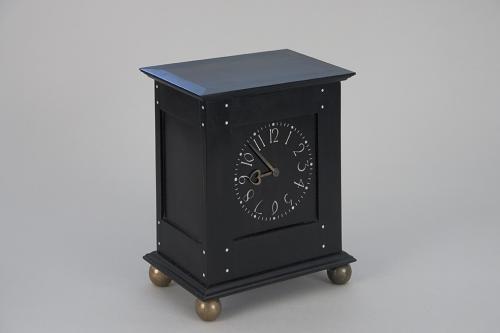 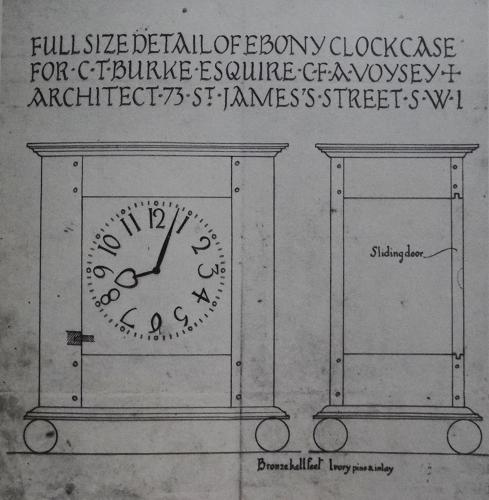