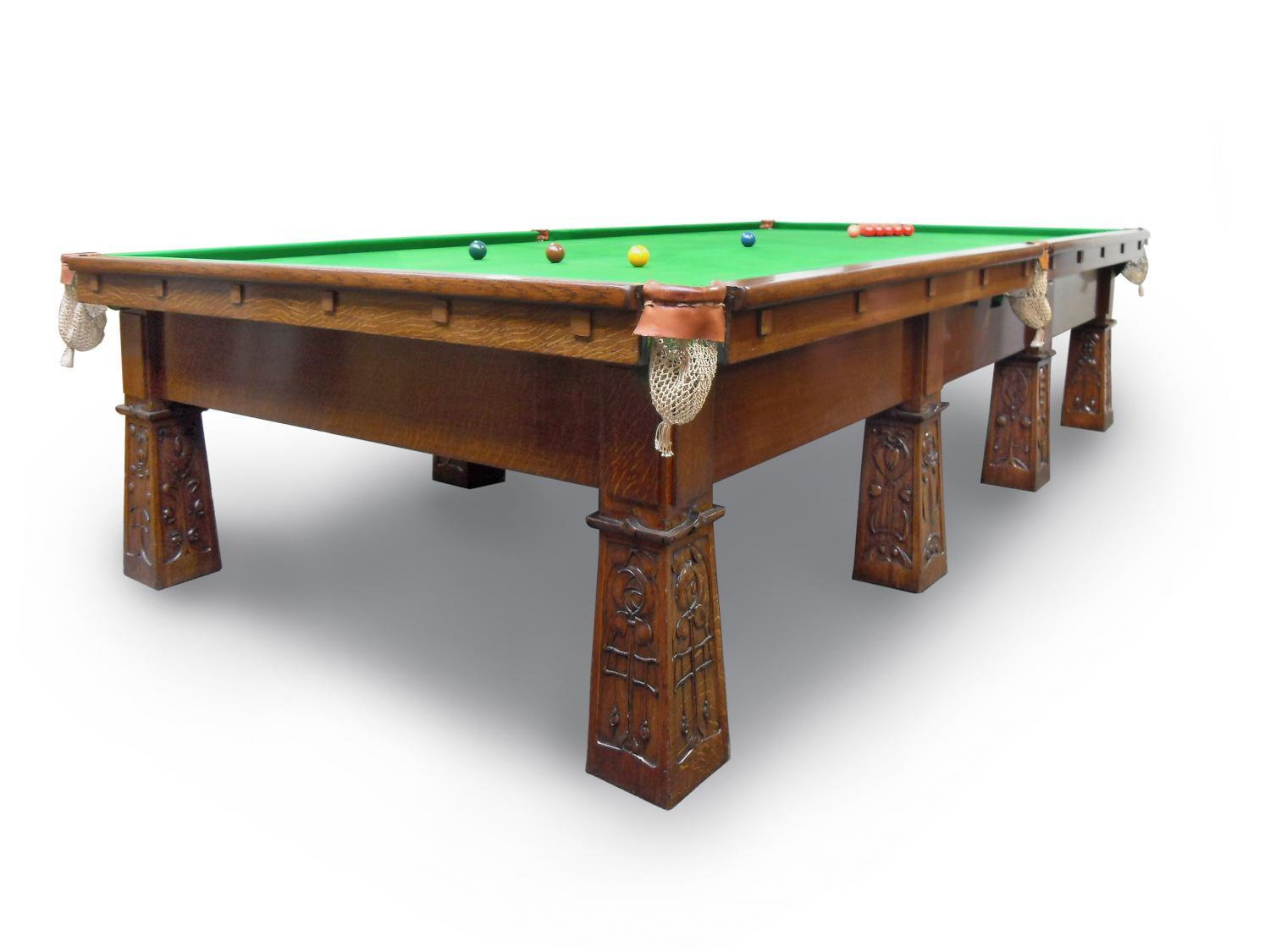 Recent, and soon to be published, research has shown that John Ednie was in fact the design studio head at Wylie & Lochhead and not EA Taylor as previously thought; this evidence coming from Ednie`s own hand and period information. It appears more than likely that Ednie was engaged by Wylie and Lochhead to lead a plethora of hugely important interior decorative work along with furniture design, the Glasgow firm having been commissioned via some of the world`s richest merchants and industrialists who were putting down roots in Scotland during this period. Having gained phenomenal experience prior to this, Ednie had worked on notable projects such as Carlekemp House, North Berwick & Falkland Palace, Fife, both for the Edinburgh architect John Kinross, and before that, served an earlier and highly acclaimed apprenticeship with the equally renowned Edinburgh interior design and cabinet making firm of William Scott Morton.
Many of the aforementioned gargantuan interior projects encompassed billiard rooms and it would appear that this table was a commissioned piece for such a project. During restoration of the billiard table cushions, the bodywork of the table revealed an owner’s and property name; that of “Ardenlea” a late 19thC mansion house, in the wealthy and affluent Glasgow suburb of Bearsden, which indeed had a billiard room extension added c1905.
The table clearly bears many hallmark similarities to other Ednie furniture and interior commissions undertaken by him during his tenure at Wylie & Lochhead, c.1898/9-1906 and is reminiscent in form to other Ednie billiard tables only ever having been seen in period photographs or indeed illustrated. Its large and weighty tapered legs have carved panels on all four facets of the corner legs - three on the internal four and are detailed predominantly with Tudor and “Glasgow” roses, along with other flora. No two legs are the same, being completely individual; carry differing carvings and each terminate in Ednie`s almost trademark three dimensional “peaked” crest cornices before adjoining the massive table top. Another notable, yet simple, design element utilised by Ednie are the use of “squares”, as seen here in the form of bolt-hole covers and indeed are common on all three of the table examples mentioned.

The table arrived, curiously bearing a bakelite plate reading “Burroughes & Watts”, initially leading us to believe that this well known London maker had somehow been involved in the manufacture. Removal of this exposed an impressed stamp for Norval & Sons - a high end niche Glasgow maker of billiard tables operational at this time and it seems that Burroughes & Watts simply reconditioned the table cushions c.1928, a common practice undertaken every twenty years or so, to no doubt incorporate the latest cushion technology of the period (hence the bakelite plate). Burroughes & Watts had also conveniently opened a branch in Glasgow at that time, just when Norval & Sons seem to have ceased operations.
Norval & Sons would have been been originally subcontracted by Wylie & Lochhead to construct and specially fit the table, including the supply of the existing original five slate beds (also stamped with the Norval & Sons name), with the carved legs and key woodwork supplied by Ednie`s craftsmen – normal practice with specially commissioned billiard tables, similar to the way of “art cased” pianos of the period being designed by leading architects/designers yet manufactured by the obvious choices of Bechstein, Errard, Steinway et al. This form of billiard table is similar to the designs being produced by Charles Rennie Mackintosh and George Walton at the period but of which none have ever come to light.

My thanks to Ian Milne of Limehouse Design, Dundee and the late Stafford Waters (independent researcher) for their kind assistance.